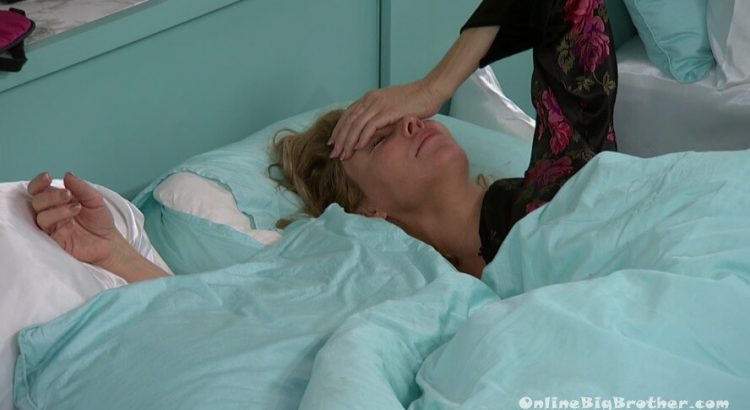 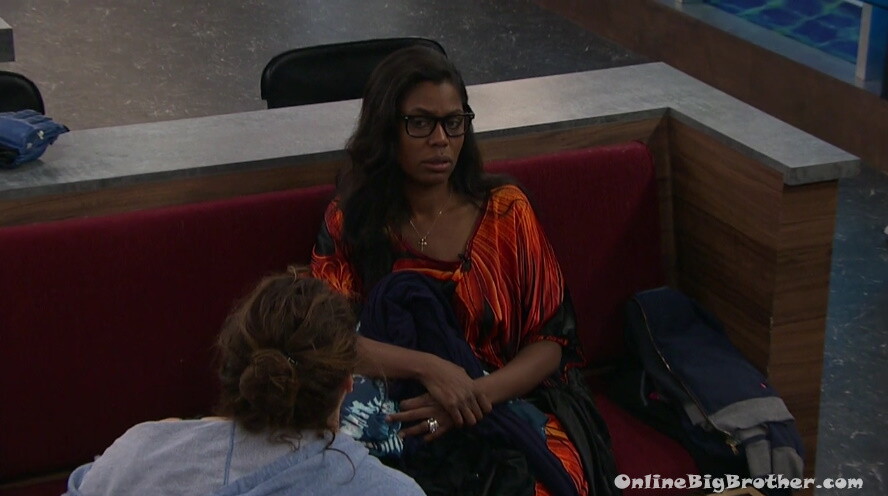 Omarosa – the first night our family is watching and all hell breaks loose
Marissa mentions how that is the first time anything has happened
Marissa – I think it was a combinations of Alcohol, Pills and Being live
Marissa – I thinks she (brandi) turned it up, I don’t know

Marissa says she can’t live with that (how brandi acts)
Marissa – I was sad that I missed it because I was called off to the Diary room.. But I was like OH MY GOD

Omarosa – I was trying to get her from out there
Marissa – I talked to James, It took 5 women and ross
Omarosa – it was bad…
Omarosa – she was spewing it .. you put me up.. You put us up (huh)
Omarosa goes on about how sad she is because all their families were watching it 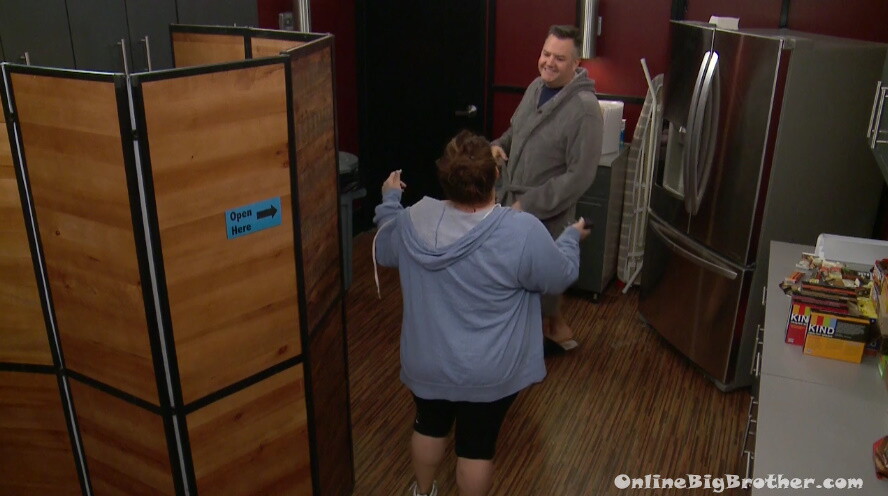 8:24am Marissa and Ross Storage room

Complaining about Brandi.
Ross – we can keep her as a human sheild
Marissa – yes.. if she never does it again no one cares. If she does it every time it’s live. Then we have a problem
They agree it’s win win if Brandi goes off the cuff again 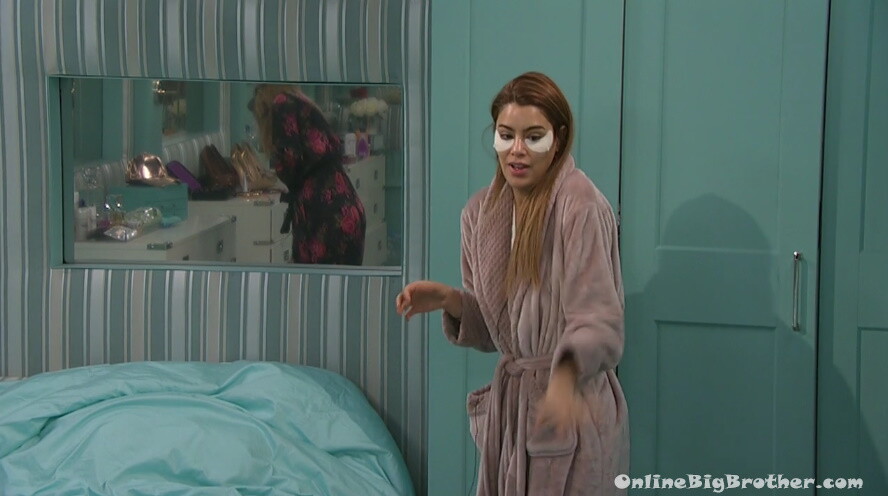 9:22am Brandi, Arie and Omarosa
Talking about how they could never live with mark is so grumpy.
Brandi – he’s so negative.. even when he tries to laugh it off it’s still negative 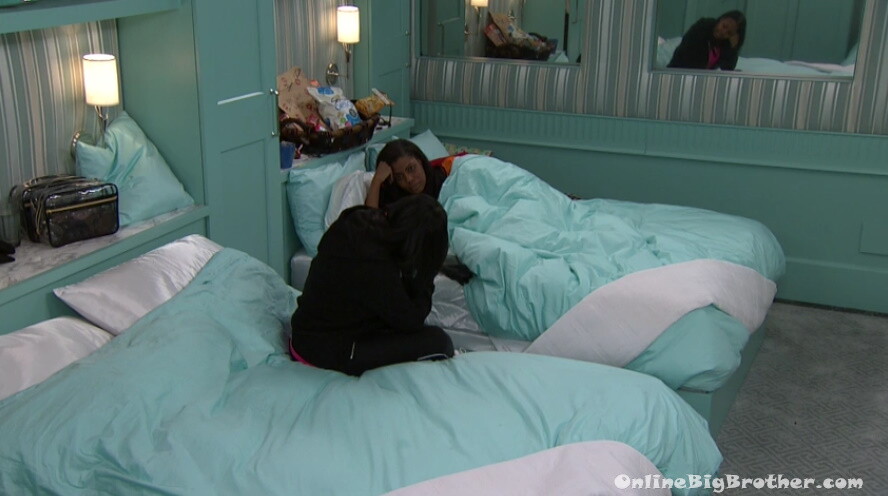 10:00am Omarosa and Keisha
K – my thing is this. If she said she threw them under the bus
K – did Shannon really tell her that
O – Cause you know sometimes people get drunk and tell the truth
K – I’m asking because for her to get upset about it like it was real you know ..
K – we all were like oh Brandi’s just tripping.. you know what I mean
K – and she’s just acting out
O – unless Shannon did have conversations with her
K – right.. I’m not saying this to make Shannon look bad at all I’m just kinda putting the pieces of the puzzle together because you know.. you guys left me out there to do damage control
O – thank god for you
K – and you know there like everyone isn’t playing a upfront clean game..
K – and.. I don’t know.. I didn’t ask names who they were speaking to
K – I was saying that wasn’t game
Omarosa – crazy town
K – that was Brandi having one too many and acting out.. so … it wasn’t an indication of anything more than that
O – There’s no doubt that Shannon has talked to every one of the boys there’s just no question
O – she’s individually gamed with every one of them
K – mmmmm
O – James saying Shannon told me top do Z Y and Z
Omarosa adds that she tried to bring Mark into their group.
O – Chuck and Mark were her focus.. 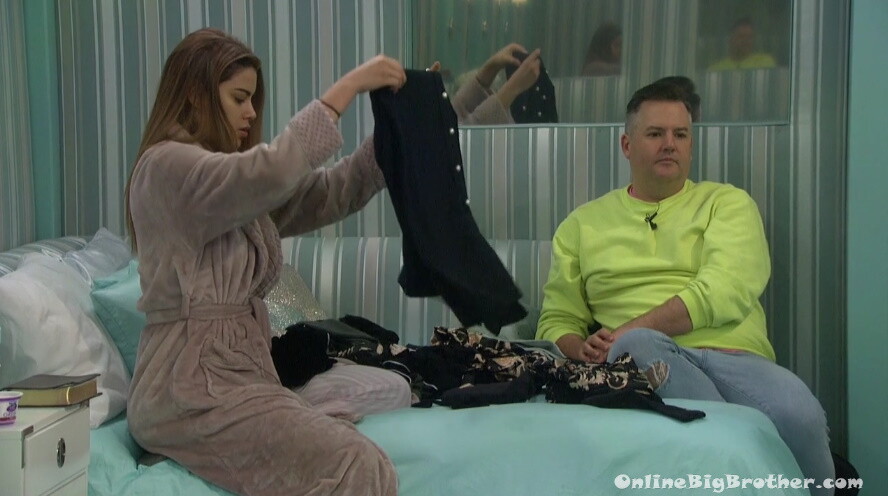 10:14am Omarosa, Ross, Arie, Marrisa
Talking about how Brandi doesn’t remember anything from last night 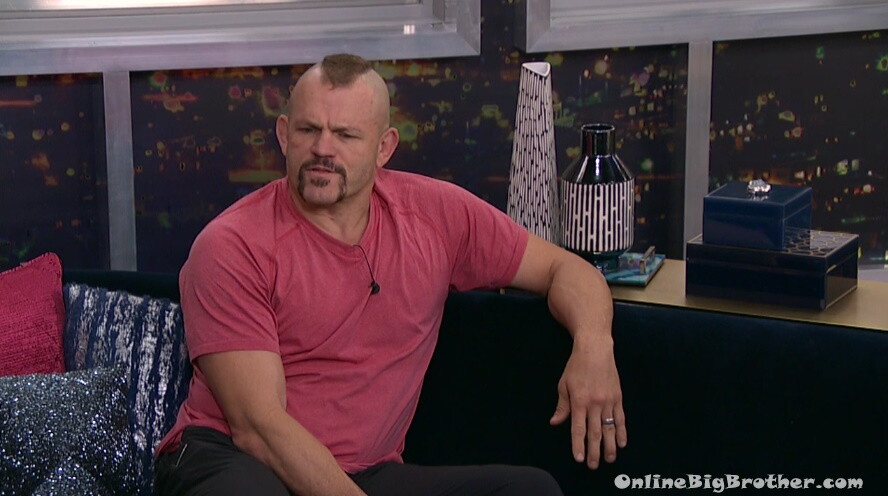 10:16am Kitchen
Chuck says he’s not going to talk to Brandi about what happened. If she brings it up he’ll talk about it but if she doesn’t he’ll leave it alone
Marissa – Alright 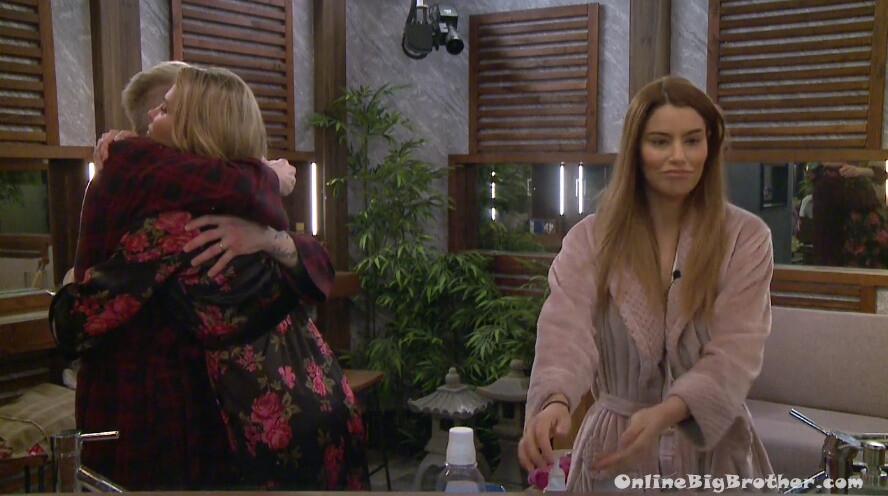 Brandi – Mark I just found out I was not nice to you last night.. I do not remember. I feel like I’m just.. I’m finally going crazy (Pills and Alcohol will do that) 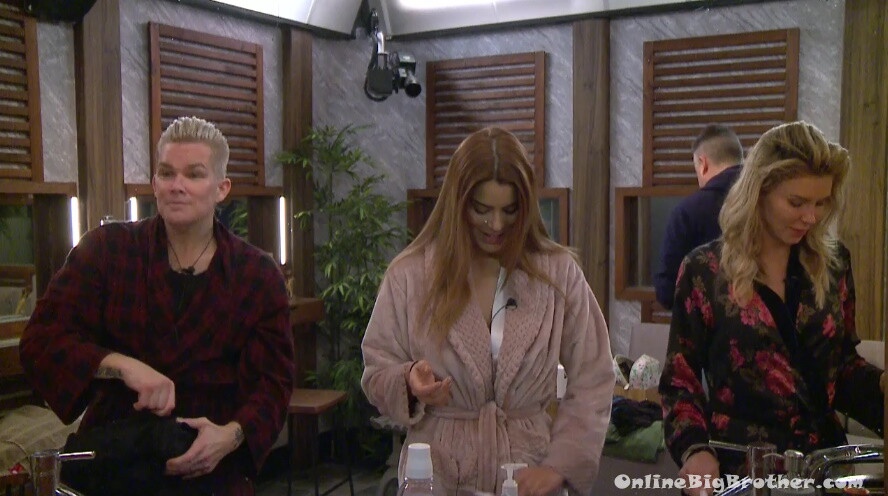 Mark – why am I so beautiful.. it’s painful the beauty I possesss..

Marks face looks like it would melt off if he got too close to a heater.

You need a zero star ranking for Brandi

By a vote of 9-0 , Brandi you have been evicted from the Big Brother House. Please pack up your Jack Daniels and Cuervo and say goodbye to the rest of the Houseguests

Anyone know where after dark is on up here in Canada ?? Used to be SLICE for regular seasons of US and Canada editions

Its on “pop” here in us now I hope this helped.

I just love Omarosa. I loved her on the apprentice. I love her when she was with Trump and I love her now on BB. She’s my role motel. I’m so happy that she’s safe this week and not hoh cause that means she can get the next one.

Oma: “Shannon has individually gamed with every one of them”

Ummm yeah you are playing a game. Gamers play the game.

Shannon is only one in there capable of winning this.

At least it isn’t rigged for the women…

Firstly, a HUGE HELLO to Simon, Dawg and fellow posters. I hope the New Year is treating everyone well. So glad we get to reconnect before summer this year!
Secondly, I am loving Celebrity Big Brother. It helps I only know 2-3 of these folks, so I am watching it as if it were regular Big Brother.
No real picks for the win yet, but I think it would be great if James and Omarosa teamed up in a secret alliance.

Paul for the win!

SImon and/or dawg
ya gotta use a better pic for Ross he looks like a 1970s serial killer aka John Wayne Gacy.

It’s called stacking the deck.
And nobodys surprised that Ross is w/the girls.

Shannon seems to be the one with the best strategy.

Ross….Like him a lot. Hope he goes far. Did a really good job leading Oma to talk.

Oma….her 15 minutes were up after she got fired from the Apprentice the first time. Wish she would just go away!

Ari’s accent is everything! Ha. She growing on me. I would like to see her with no make-up on but that never happens haha.

You have to crank the volume on After Dark for Ross and Rissa convos. Hate Friggin’ speed whisperers. Ratings for AD and feed viewers numbers would go up 20 fold if production outlawed whispering.

Chuck needs to go only because he is boring. At least James tries to play. He is a huge doofus but more entertaining than Chuck.

Hey dnt judge me. I have crush on Ari now;-p

Unfortunately, Simon and I can’t invest the same amount of time into CBB that we do for the summer seasons.

Looks like everyone in digging in and playing! Not sure I’d see that from a ‘celebrity’ cast. Pleasantly surprised.