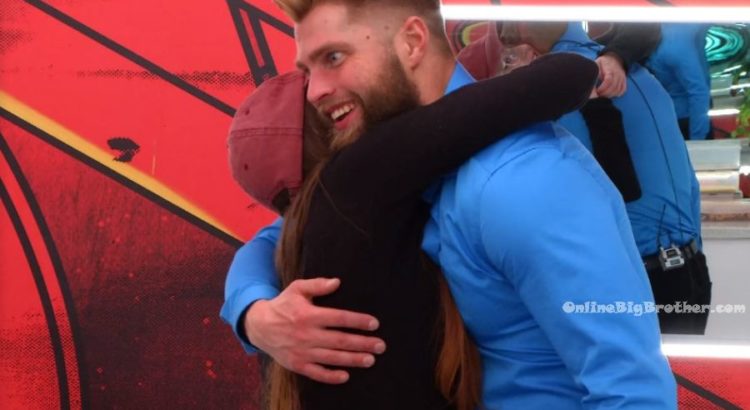 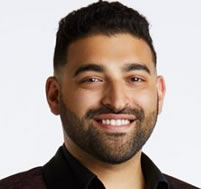 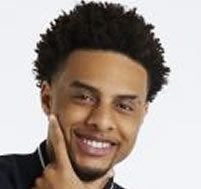 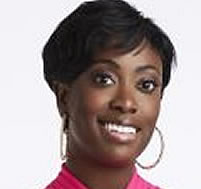 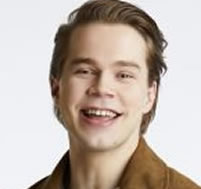 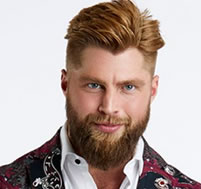 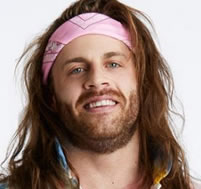 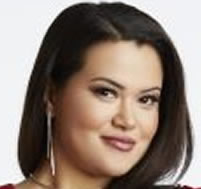 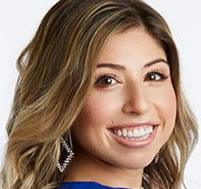 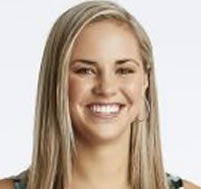 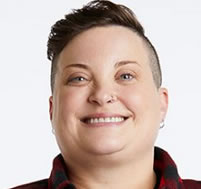 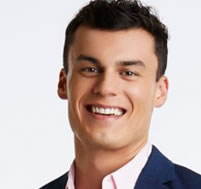 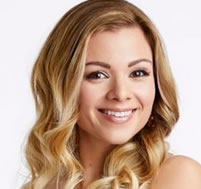 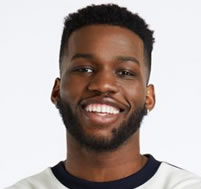 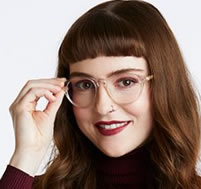 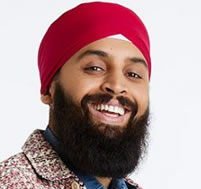 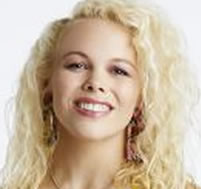 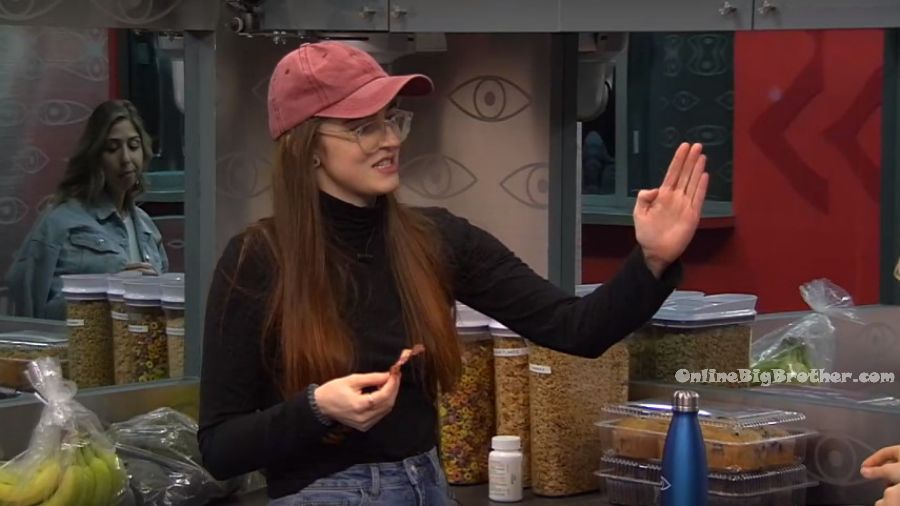 12:10am Storage room – Susanne and Brooke. Brooke – I feel like basically everyone in this house is flirting … except for me because I don’t know how. Susanne – Who do you think the hottest guy is in here? Brooke – K, its weird because I think that like Jamar is sexiest in terms of mentality .. but I don’t usually go for sexy. I think that John Luke is the cutest. But I think that Shelly (Sheldon) is hottest for sure! Susanne – yup! Brooke – Yeah Shelly is like beautiful. She is f**king beautiful. Susanne – he probably gets so many b*t*hes! Brooke – oh yeah! He kills it with b*t*hes! Susanne – he is like best dude ever! And he is respectful. Like he would never cross any line. F**k he is good! Brooke – MMMhhhmmm. Susanne – he’s a good dude! Brooke – he’s good sh*t man! Susanne – would you and Shelly ever like.. Brooke – I don’t think I am Shelly’s type. And I am not looking for sh*t on that on tv. Susanne – Shelly loves you. You can tell. Shell’s got you. Brooke – oh yeah, and I’ve got him. I love Shell but I am very very sure that its in like a buddy I got you. Susanne – but if he did would you be down? Brooke – I don’t think so dude. I am not in that mentality in this game. Susanne – that’s good. And also sure I am not his type. He is more into sexy, and I am more awkward type. I am more John Luke’s type. Susanne – I think JL is down. Brooke – oh I think he is for sure. Susanne – a lot of people think I like the alpha males but you know how many nerds I’ve dated? Like I am talking NERDS! Because I love f**king NERDS! They are just so cute! They head to the kitchen. 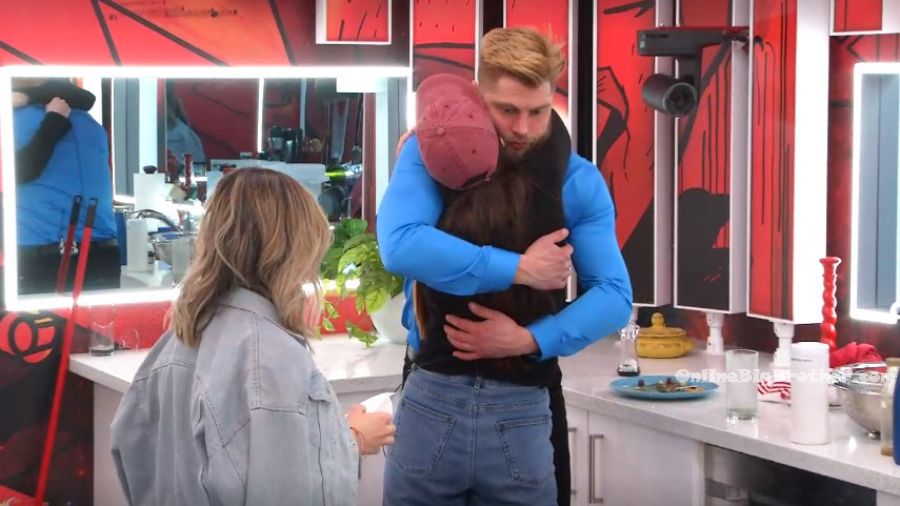 12:25am Kitchen – Brooke, Chris and Susanne. Chris comes into the kitchen and tells Brooke to give him a hug. Chris – just know we are winning that veto and we’re using it on you, ok! ok! We got it! Brooke – I know I’ve got you guys. Chris – the first week was just seeing who was real and who wasn’t. Brooke – and I do really appreciate you letting me know before you know. Like just being direct like that. Chris – oh yeah .. and like we’re going to use the veto on you. I am planning on it so that we can do what we really want to do. And if not we will have someone else use it. Brooke – ok. Chris – don’t sweat it be. Just think the whole time you’re staying. Stay relaxed, be calm, let other people have their drama and you just smile and go to sleep. You sleep like a baby and you wake up strong tomorrow. The only reason why we are in this position is because we didn’t have any game talk but I never planned on having you go. Alright? Brooke – ok. They hug again and Brooke and Madaline head to the backyard. 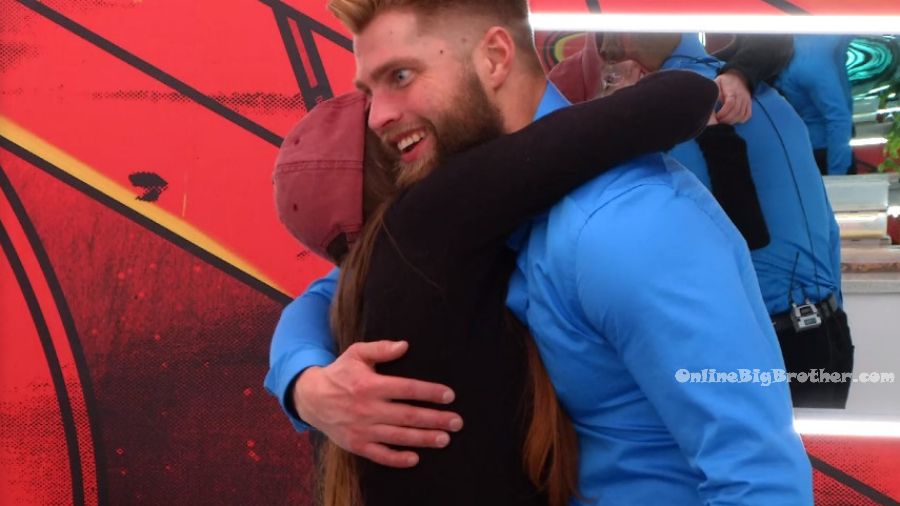 12:40am Bedroom – Micheal and Jamar. Micheal – Brooke came up to us and said that if she gets house guest pick for the power of veto … she is picking Sheldon. Jamar – yeah I kind of figured that to be honest. They talk a lot. Micheal – Sheldon thinks he and I are going on the block. Jamar – if you and I get picked for veto.. we need to keep the nominations the same. Micheal – we have to be careful with Sheldon man. 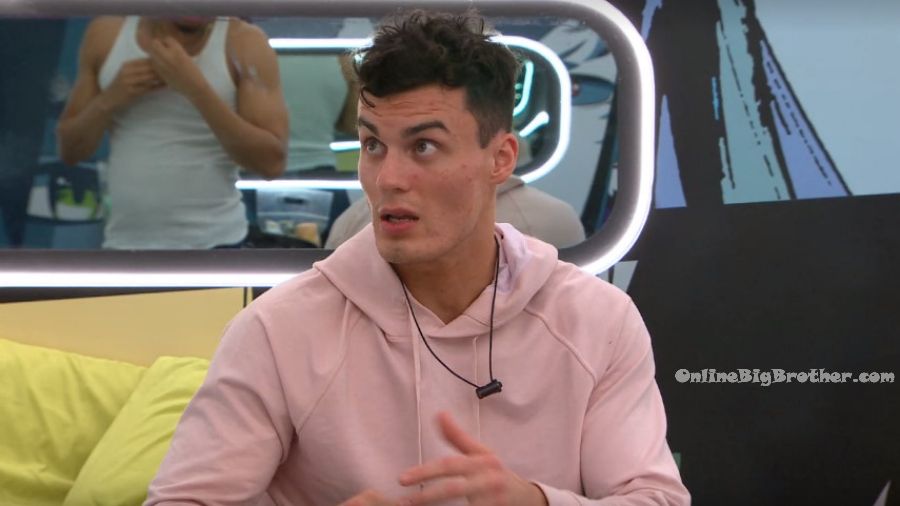 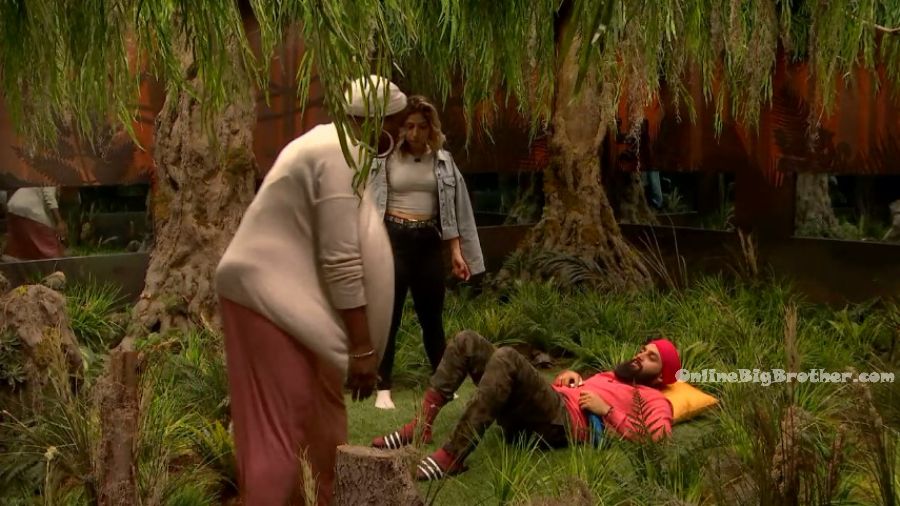 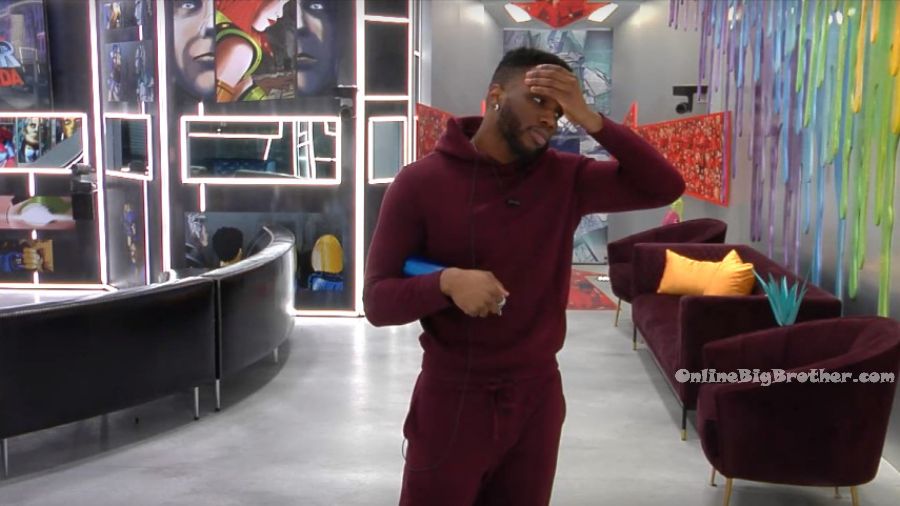 12:55am – 1am HOH room. Chris and Hira. Chris – the only reason you’re on the block instead of someone else is because the other people said you have my vote. I didn’t get that from you. That was it man. Hira – yeah I know. This morning when I talked to you, I had a feeling I would be used as a pawn. And I fully respect that. Its all good. I feel bad that I never talked game with you and I want to do that. I want to talk game with everybody. This morning I had a feeling I was going to be the pawn and you said I was 100% safe so I am going with that. I believe in your thing as much as we have to play it off and be serious down there for the whole .. you know production. Chris – no worries bro! I want you to know that its a strategic move. Its a good game move for me. I am not putting up a huge person .. that can take themselves off. Its giving them no chance. If you win, take yourself off and if it does get used the other person that gets put up is going to go home. Hira – I am fully going with your word. And I trust in that. I want to work with you. I totally understand the move. I get it. Whatever you want me to do, I will do it. I am a free agent.. use me. Chris – I get it. We will chat. I want to make a move and lock things down and then we will talk. Its a game move. Hira – we will talk tomorrow. Hira leaves. 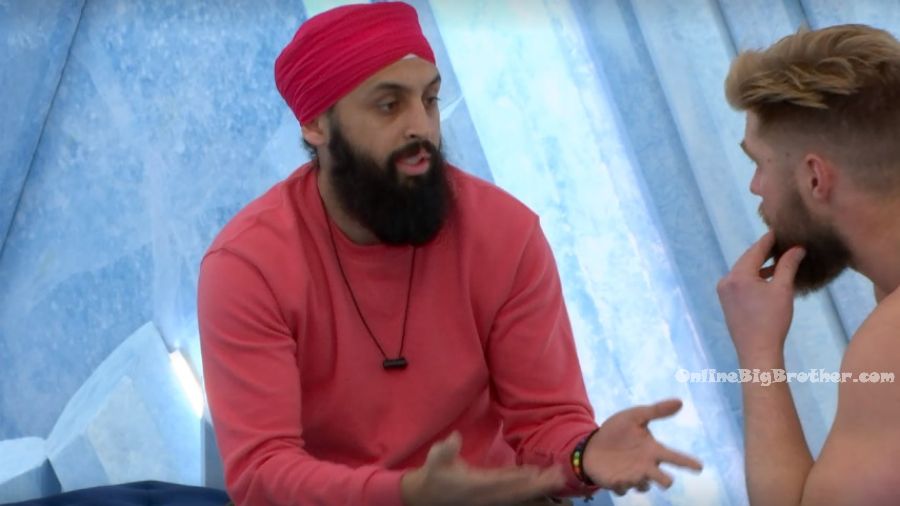 1:40am Havenot room. Kyle, Madaline and Micheal. The talk about how they only get pillows and can’t have blankets in the havenot room. They discuss where they’ll sleep and how they’ll fit. 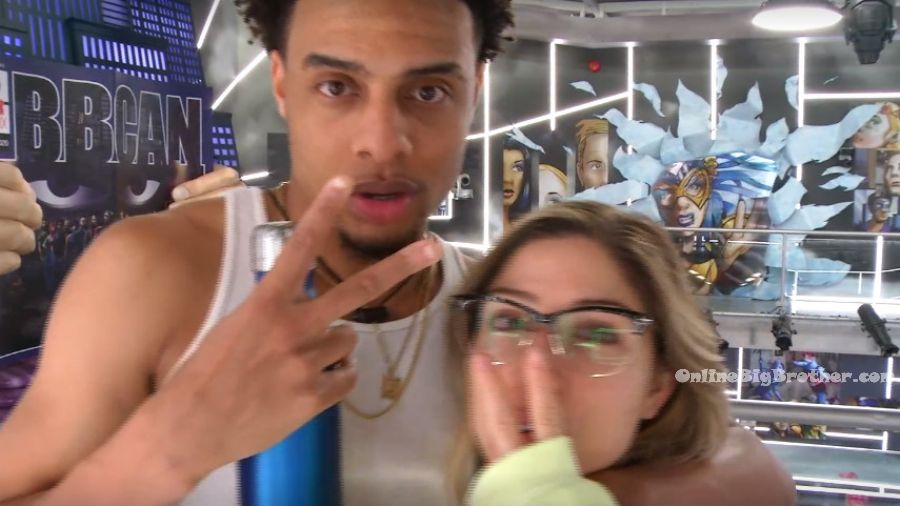 im afraid with this superhero theme, there’s going to be some superpowers introduced in the game by production. Lawon would’ve loved being in this season.

another name
Reply to  Bwahaha

Can one of the super powers be making them stop using the word bully every time there is an argument or a disagreement, or someone looks across a room? please? thanks.

Jamar i feel you! I feel to evict you ! Stop talking. Forever.

BigBrotherKillsMeLOL
Reply to  Just a game

How did this guy make it on the show LMFAO it’s not a good look “YOU FEEL ME”. How is one suppose to take a guy like this seriously? I want to like the kid, I really do. But when he talks, my head just goes into a whirlwind of fluff lol I need Advil to watch him.

Justin from BBOTT was worse than Jamar and Swaggy put together

I THINK veto players are:
Hira. Brooke. Carol. Vanessa. Madeline.
I THINK they are continuing last year’s tradition of HOH not having a chance to play in veto.

Stomach flu still making house rounds.
Concerns of the day: girls complaining about too much pasta in their diet, they’re gaining weight or gluten intolerant is the gist.
boys complaining about not enough weight maintaining high calorie food sources, and Chris eats too many of the eggs for himself.

Sheldon has tipped off Michael and JL about not using veto (because of Hira and Jamar talks with Michael yesterday).
Evicters as of now would evict Brooke, keep Hira. They don’t plan to use veto.
Vanessa plans to throw veto. Carol plans to Carol veto. Maddy doesn’t know if she should win, but if she wins she’s not using it.

Kyle’s room to room game from yesterday has been noticed. The house of cards may be shaking.
Sheldon has been labeled a floater by JL and Michael. they tell Sheldon they want weak girls and floaters out first. They tell Hira they want Kyle and Chris out first. They tell Maddy, sure Maddy, yeah, we’ll target Minh first because you hate her, okay, now go win that veto.

Chris has told Angie and Carol (and possibly Vanessa) that the people in the house don’t need to know the plan, they just need to do what he says. Kyle and Chris have decided John Luke leaves next.

Sheldon Kyle and Brooke have decided, it seems, that for their four with Vanessa, each one of them should take out the person worse for their own game next if they win HOH. for Brooke that’s Rianne or Maddy. for Kyle that’s JL or maybe it was pull in JL and more angie hate. maybe ditto for Sheldon on the pull in JL part? Silly no matter which it was.

By the way: just in case production continues it’s usual pattern
Veto feed blockage usually happens somewhere between 4 and 6 pm. it usually lasts until 10:30pm to 12:30 am (all times noted are eastern time, the same as the studio) BUT feed blockages have been known to last UP TO 4am eastern for veto. Longest feed blockage I can remember for a veto: 19 hours because they had a booze deliver after veto.

I miss those first two seasons when the feeds showed the booze ups.

You have no idea how much i miss the boozie slice days. before they went boujee with global.
You think this season will follow last’s years pattern? the one where any plots or plans made on Sunday disappear like they never happened on Monday once the full staff gets back from their day off?

Today is as messy as yesterday.
So far Chris has instigated this mess by trying to be puppetmaster dictator. Night One’s mess.
Kyle has amplified this mess by trying to be puppetmaster’s puppetmaster power behind the throne. Night two’s mess.
Jamar has amplifed today’s mess because he thought he was in the know, found out he isn’t in the know, and now wants everyone else to know nothing. Mostly frustration mixed with instigation if i read him correctly. He wants to chaos bomb. His first chaos bomb was running Minh’s secrets to Maddie and Angie to watch the chaos before feeds came on. Now he’s trying to drop another chaos bomb. Day three mess.
Paranoia is the state of mind, and it’s messy. Mostly because the people that see themselves as leaders of alliances spaz when they see anyone in their alliance talking to someone outside the alliance, or see anyone talking to anyone else at this point today.

Big errors i’m seeing:
a) If someone starts a conversation with Carol said or Angie said, THEY KNOW NOTHING about what is going on really. So expressing an opinion given by Carol or Angie as a fact is an error. There’s in the loop. There’s out of the loop. There’s being loop adjacent. Then there’s drive down the road twelve miles from the loop, turn left at the third tree and you’ll find Carol and Angie walking around in circles not even realizing they’re both there.
b) The room to room to room to room broken telephone without alliances informing each other of what they are going to do or already have done. This is going to further make things messy. popcorn me loves it. eyeroll me is sore.
c) Not every problem can be solved by throwing a fake alliance at it. As I try to chart the alliances with the fake on the left and the real on the right…. it’s a nightmare to keep track of and almost all of them are fake. So no, Vanessa, let’s not make another fake alliance with Jamar so he stops spazzing out, because i’m still trying to figure out which of Sheldon’s duo’s is the real deal let alone trying to figure out which six feet under offshoot group is real and which is just for eviction day votes. slow your roll curly, it’s day 8.