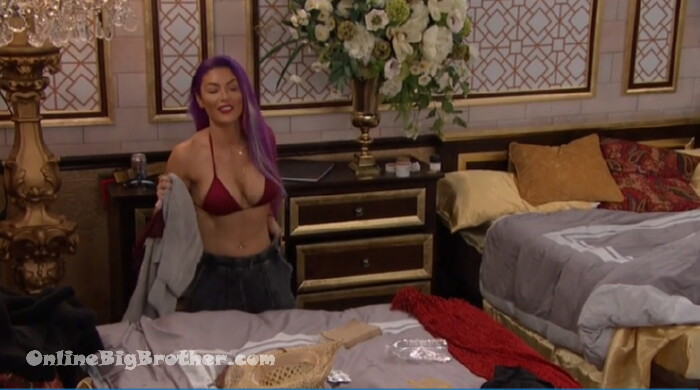 Ryan had won the Head of Household competition. Jon losing is nominated ala the twist. Ryan nominates Anthony and Tom for eviction this week. 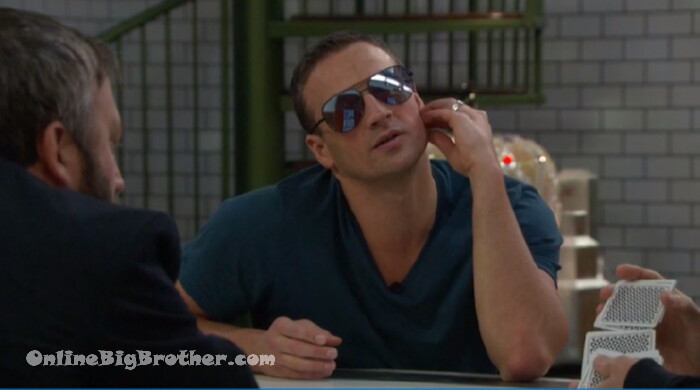 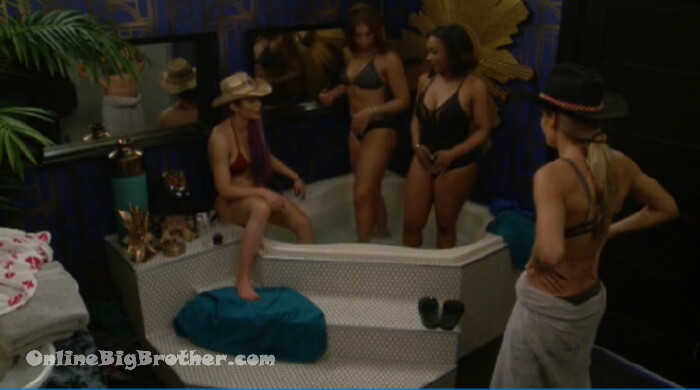 9:00pm Girls … chit chat..
LOLO likes Twitter because “you can mute people”
Kandi mentions a Doctor she went to that “slashed my belly fat” she then points out her ass is all natural.
LOLO says it only takes her 6 days “to lose my fitness”
Kandi – I got Sausage thighs.. even when I gain weight i’m not dimply fat..
LOLO says once she has kids she’ll be “300lbs”

9:10pm Natalie and LOLO
Natalie almost loses her towel.. Does a little dance “that could have been bad”
Natalie mentions that last season nobody walked around in a bikini top
LOLO – You have the most perfect b**bs ever
Natalie – no I just think because they’re big ole jalopies (I think the cameras may be giving her extra attention)
LOLO gets called to the Diary room “upstairs” (WTF?)
They agree they know why.. because “it’s cold” 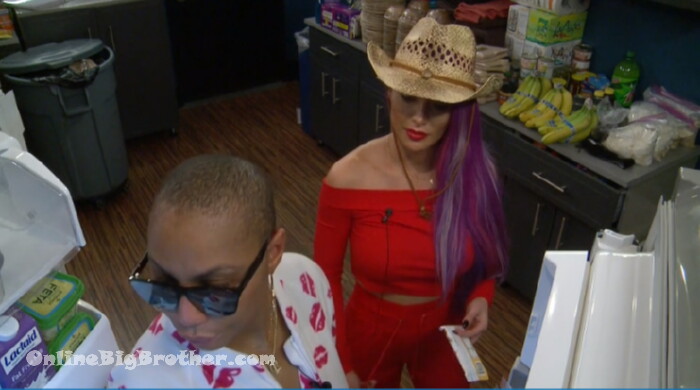 9:21pm Storage room
Natalie asks Tamar “are we live yet”
Tamara – no
(Live feeds aren’t considered live they are walking about after dark)
Natalie says she misses her husband Johnathon 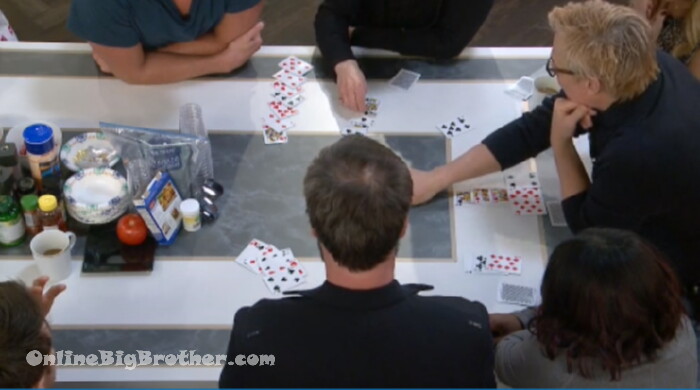 Around 9:30pm While in the kitchen Tamar says “are we live now? I have something to say… Brother mooch you tried it.. ok? just wanted you to know that Brother Mooch alright .. got hat out of my system” 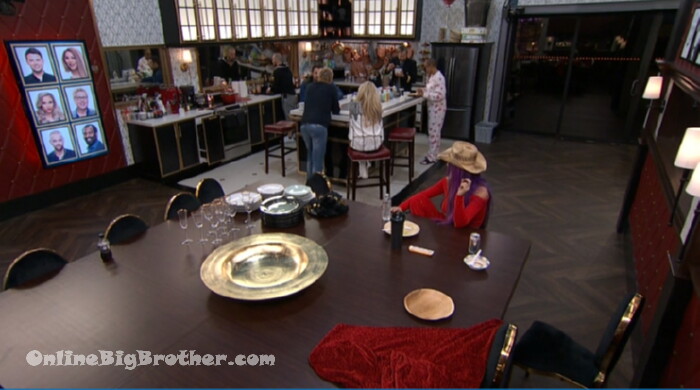 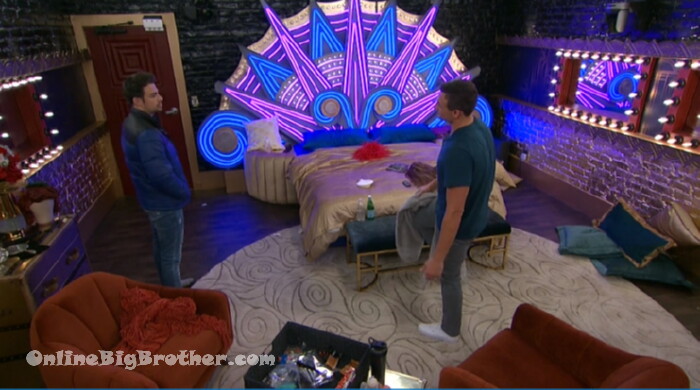 9:51pm Jon and Ryan
Jon says he’s exhausted by the Diary rooms “going through all the scenarios”
Jon mentions they asked him what it’s like to be on the block “I’ve been on it for 10 days it’s the worst feeling in the world”
Ryan – it’ll be interesting tomorrow to see .. how we do this ..
Production tells them to stop talking about diary room sessions
Ryan – so we’re hoping that..
jon – I don’t know what we are hoping ..

They are hoping to play the Veto so they can put up a person they’ve talked about. Jon is suggesting he talks to this person before. Ryan doesn’t want to

Amazing episode, the season is starting out great

Mooch and Tamar must have had a big blowout and he decides to leave?

To bad it wasn’t Tamar that left, I’m already sick of her.

Razorhog. Me too. She never shuts her pie hole.

Why are the feeds staying Kato won the POV when Ricky did?!

They had two vetos dunno why maybe because of the mooch.