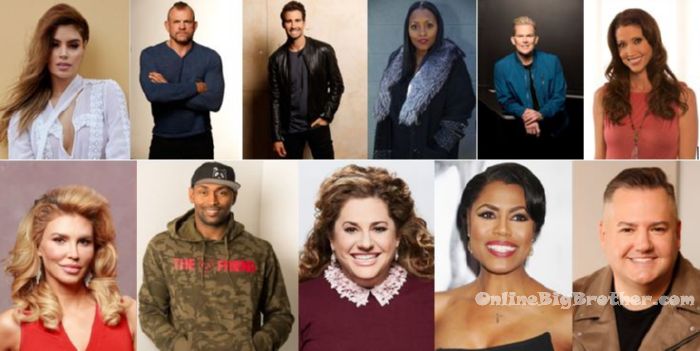 The first ever celebrity edition of Big Brother US will premiere on February 7th and run just two and a half weeks until February 25th. A 3 night premiere has been scheduled to kick off this celebrity season. The identities of the 11 celebrity house guests that will enter the newly redesigned house have been revealed and to be honest there are a few of cast that I’ve never heard of but I’m not surprised..

The cast of Celebrity Big Brother:

The newly redesigned house is apparently all about “high-end glamour”. 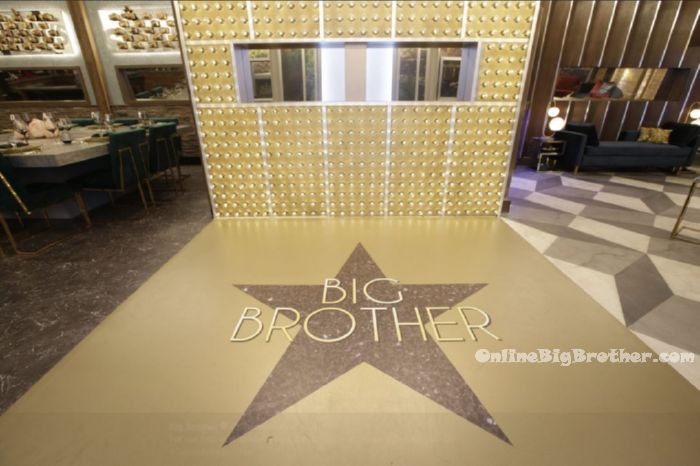 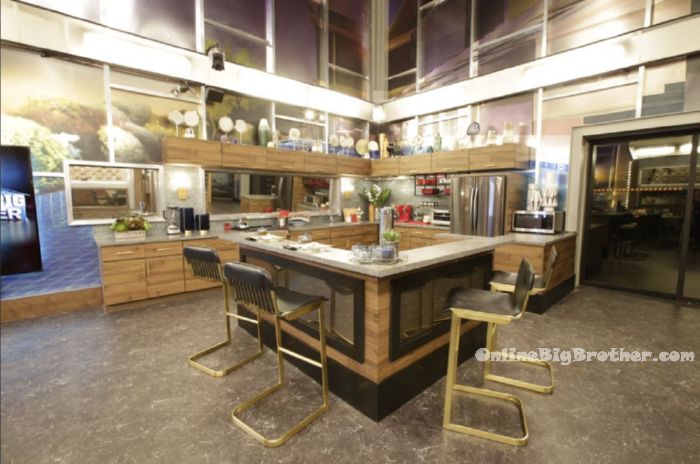 As this is the first ever US Celebrity Big Brother, it is also the very first season with a square dining table. 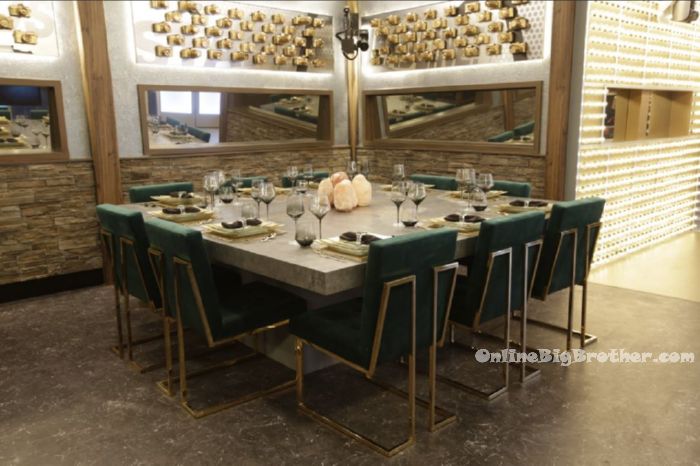 The living room, dining room and kitchen all share a common vista of a Los Angeles skyline. 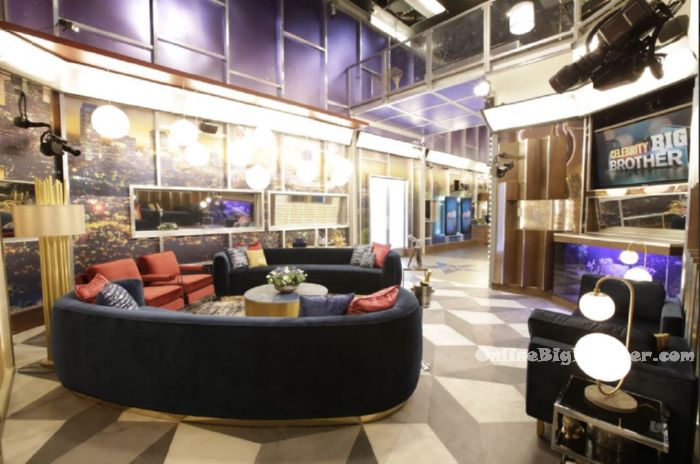 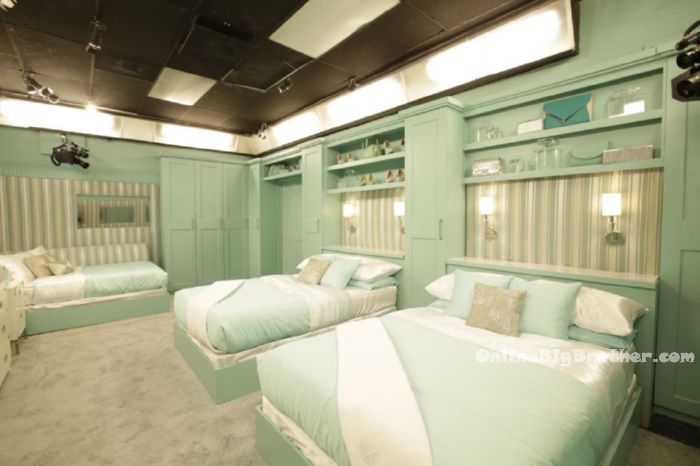 Test out the live feeds for FREE! Click here for your: FREE Trial!

Omarosa and a real housewife. Sparks should fly.

Sparks would fly between her and anyone. She is the only one I am not rooting for at this point. She will eat poor Ross alive (from what I remember he is way too nice for Big Brother)

Sparks should fly! Omarosa is very conniving and cunning. She may just team up with Brandi and form an alliance

I remember Omarosa from that first season of apprentice. She should be interesting on the show.

Chuck, Shannon and Omarosa are the only 3 names I recognize.

Ross got his start as Jay Leno’s intern on the Tonight Show. Was on E! Network also. Did a lot of red carpets.

… and they definitely will with this housewife. I can’t wait for the fireworks.

Bring back Dr Will

Welp… Can’t be any worse than last season… or can it?

at the house full 20 years olds!

Does anyone else think this looks like a train wreck?

First out Marrissa….says she is friends with Frankie Grande, yuk

Wow the cast leaves a lot to be desired.

I wasn’t expecting top-level celebrities but, I only recognize four of the eleven people. I guess 3 weeks is short enough to see if it’s going to be worth watching. I was REALLY hoping Bobby Moynihan would be part of it. I really enjoyed his input last year.

Musicalchairs
Reply to  Just me

Same here – actually five but I would not say they are a celebrity….Geez, now I wish it was Heidi and Spencer….Go Rudy Huxtable or Shannon (I guess…they seem to be the notable ones).

So Julie Chen is the biggest celebrity on Celebrity Big Brother?

Karen B.
Reply to  Paul Is Scum

OMG!! Simon and Dawg! So glad you guys are back!I Checked the site a couple of days ago and I only saw last season still up. Was a little upset for a moment, but now, I’m okay !!!

We’re just starting to wrap our heads around CBB. Glad you are around 🙂

Will there be nightly live broadcasts on POP?

Won’t hold it against you if you give tis show a pass. What a poor group of celebrities don’t know if I’ll even bother to watch this.

Simon, never mind me, for now. I forgot my stuff and testing to see if I can post. Sorry for the bother.

So glad you are covering this. Better than the show.

First episode is 3 hours. Double Eviction? A Big Brother Alumni or 2 as coaches?

Derrick was on the Talk and I thought it was a slip by Julie when she said something about him and celebrity bb as he’s not in house I’m thinking he’s gonna have something to do with it. Why else would he be on the talk now ages after he won.

A few of the celebs are huge BB fans, especially Shannon Elizabeth

Yes, Miss Colombia is beautiful and I bet Omorosa and Brandi will get super jealous and try to get her out first.

let hope there no hoh or pov just like bb uk

They can bring back Paul as a coach! What’s the prize for second? Plus I heard Raven is going to be doing medical evaluations on each houseguest and her mom is joining the legal department on the show and Matt’s in charge of the groceries.

D celebs want to be

This cast sucks! and what about all the celebrity “perks”. Celebrities need their latte! what the heck normal people drink those as well. Julie’s comments thru the house tour were just rude and condescending to all past guest and future guest. These people are C- to D celebrities. UGH was hoping for something better, will have to wait to summer for real worth watching BB!

BB Fan
Reply to  D celebs want to be

FYI…They enclosed the back yard due to February weather.

So who’s the early favorite to be hated? I wonder how much they are going to stoke their egos…I’m not too crazy for this season and I hope they don’t spend the whole time having “guests” show up desperately trying to maintain the illusion that people are interested in them more than just not surprised they haven’t been hit by a bus or punched a transvestite prostitute.

Anything’s better than last summer’s s*!#show!
My guess? Heavily scripted with a pre-determined outcome, these are “actors”.
But who cares, it’s not “real” BB anyway…

Will there be nightly live broadcasts on POP-TV?

I love Brandi. But I just watched her interview and her face and lips does not move properly, she probably got a new plastic surgery.