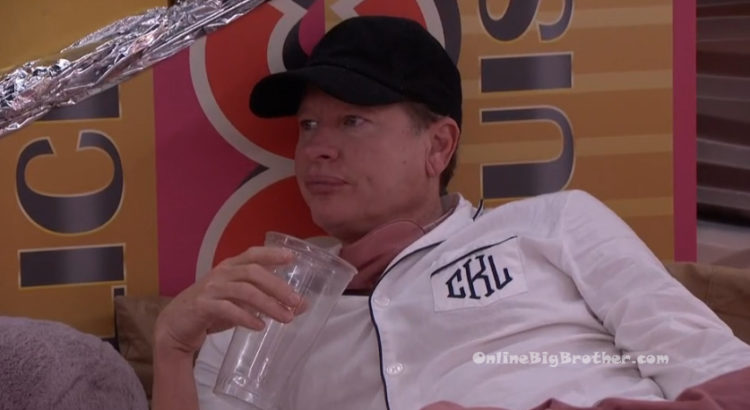 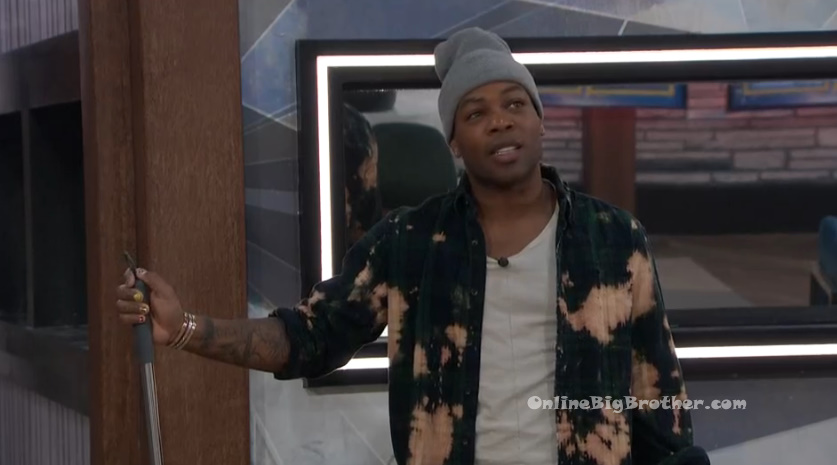 9:15am Kitchen – Todrick, Chris Kattan, Cynthia.
Todrick – I think that some people don’t understand gay people and its like wrong. I think that gay people are gods creation and like we the people that lift women up when the guys that they fall in love with tear them down. We’re the ones that remind them that they’re beautiful.. they don’t go to their girlfriends. When my girlfriends get broken up with and guys treat them like sh*t and make them feel like they’re worthless, they feel embarrassed to go to their other girlfriends. They don’t want to go to other guys to feel beautiful. Cynthia – yeah, they feel judged by them. We are the ones that make girls feel more beautiful than any guy ever could. Cynthia – yup! Chris Kattan – yeah but also .. not just gay people. Stop saying gay people .. there are a lot of people. Todrick – there is a relationship between a girl and her gay best friend that can’t be matched by a guy. Chris Kattan – okay, well it did come out of her and you so I guess you’re right. Todrick – yeah you wouldn’t know. Cynthia – yeah its probably not your world. Todrick – I also think you’re a good guy so also a lot of your girlfriends don’t have to go.. Chris Kattan – yeah I am super vulnerable and open to the other person. Todrick – yeah. 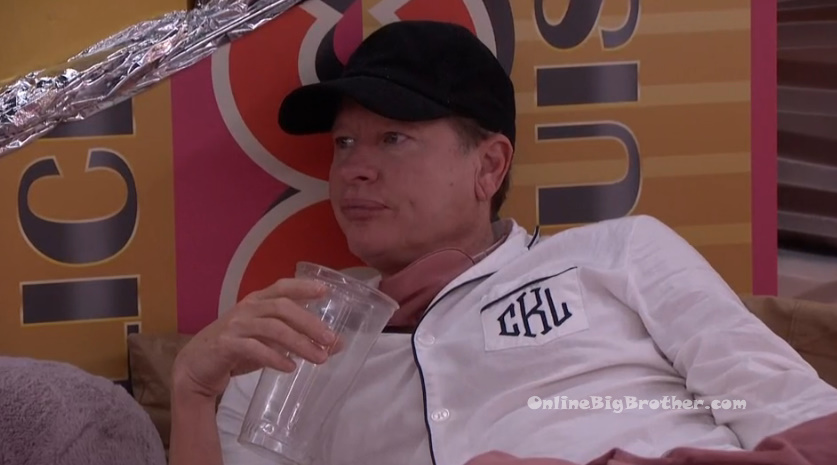 11:10am Bedroom – Shanna, Cynthia and Carson.
Carson – Lamar said Miesha is like getting ready for a fight ..so she is like in beast mode. (Getting ready for the veto comp) I was like DUH! And then he was like he is going to do the same and I was like yeah get in fighting shape. Cynthia – yeah. Kill or be killed. Carson – He said if you can’t beat em, join em. But he didn’t mean that he was going to join them. Shanna – yeah that’s what confused me as well. Carson – he meant that he was going to be in beast mode as well. Cynthia – right. Carson – I hope he does that.

2:29pm The blocked feeds switch to the kitty cams..

5:06pm SHANNA WON THE VETO!!! She told Carson she wants to use it to take him off the block.

Rumors are that Kattan might not be on BB anymore. These are rumors only so far. Don’t know if that’s true or not

I’m seeing this on another forum as well. Maybe he really just wanted to go home lol

I read that he really did leave and it will be discussed on Friday’s episode of BB. Wondering if he tested positive for Covid.

Thats F’d up, Marai and Teddi were there ready to play,…and this waste of space gets up and leaves

He seemed rather traumatized by Mirai leaving when he was willing to leave. Like he had something to do with it, or he wasn’t worthy. At the end of the day, he wasn’t a Big Brother fan, so he really didn’t understand how it worked. And if he’s not happy, probably best to let him go. Hopefully next time they do CBB, they can get a more varied group, in terms of age and popularity. And all have watched at least one episode lol

I think poor Chris Kattan was not prepared for the cutthroat game. He was there to laugh and have fun. Poor guy seemed to be in a lot of pain on top of everything.

I think he will be missed by most. He’s a kind & funny guy.

In all honesty, I was sort of prepared to dislike him, based on some of the bad rep he got from Norm McDonald and his days at SNL. But 25 years later, he’s definitely much more humbled, and that permanent injury to his neck just makes him even more fragile looking. You can’t help but feel bad for him.

Why bother having live feeds if they are constantly blocked? Really aggravating.

Not sure if I can post this. Delete if not allowed. Chris Kattan Exits CBB
https://www.realityblurred.com/realitytv/2022/02/chris-kattan-exits-celebrity-big-brother/

Shanna would be dumb to use the Veto because Meisha could easily replace Carson with Shanna’s # 1 ally Chris Kirkpatrick.

In fact that conversation is what Meisha should absolutely say to Shanna now that she knows she won the Veto. She shouldn’t say it in a way that is super threatening but at the same time she should be straight up and let Shanna know that if she does use the Veto then she will put up Chris Kirkpatrick who is her # 1 because she needs Carson to go for her personal game.

Yes it would be a flex of her power but she is the HOH and sometimes you have to if someone wants to try you! I guarantee Shanna won’t use the Veto if she knows the consequences but at the same time Meisha should know that that will majorly rub both Shanna and Chris Kirkpatrick the wrong way. At this point though the Cold War between those four is so apparent that each pair has to know the other pair has to go for one of them to succeed.

Todd, Cynthia, and Lamar actually could, and should for sure, use this Cold War to their advantage. There is no need for either of them to win HOH since they wouldn’t be the logical target of either Toddrick, Chris Kirkpatrick, or Shanna’s HOH reign (at least for this following eviction).

At the same time though Meisha, Toddrick, Shanna, and Chris Kirkpatrick need to know if they keep going after each other than one of those floaters is going to win the season and that would horrible at this point in time. Neither of those three have done sh*t to deserve to win the season while any of those four have at least something on their resume (Toddrick has no wins so far but has performed well in challenges overall and is strategic no doubt).