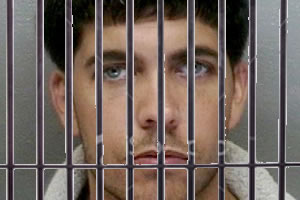 The adventures of Adam and Matt post BIG BROTHER keep getting better and better (or worse if your them). Last year Adam got caught smuggling oxycodone in a sock. He’s now serving 4 years in the Brooklyn metropolitan detention centre, He also faced fines by not declaring his BIG BROTHER 9 winnings to the IRS, (When will these people learn?) Adam’s business partner Matt was also caught after Adam went down (hmmm my money is that Adam ratted Matt out for a smaller sentence) Matt was hit with 36 months behind bars, 5 years supervised release and $50 000 fine after pleading guilty to drug trafficking charges. The kicker is Matt’s not done with the law yet, on June 24th he is back in court for beating his pregnant girlfriend in April of last year as well as intimidating a witness of the beatings (not sure who this witness is though).

Still no information on where Matt will be spending his 36 months in jail. I wonder if Natalie Cunial is thinking “Thank god he didn’t want anything to do with me after I gave him that BJ on Big Brother 9” I Hope we’ll be so lucky as to find a batch of characters like this for BIG BROTHER 13

News of Matt’s sentenceing was from Jake Wark, spokesman for Suffolk District Attorney Dan Conley. via the Boston Herald