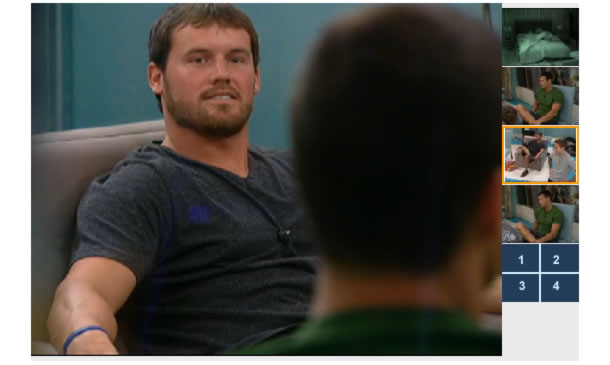 1:50pm July 11th HOH Brendon, Matt, Lane, Rachel and Hayden. They are talking about how Annie is acting because she’s the replacement nomination. Hayden tries to stick up for Annie a bit reminding the group that she is on the block and she knows she doesn’t have the votes. Lane tells him its just a game. Brendon agrees says that everyone needs to relax about the game. He’s going to be taking a more laid back attitude about things if he goes home he goes home. He goes on about how fortunate they are to be in big brother.. etc etc.. Now back about Annie Brendon tells them he’s tried to keep himself out of things so early in the game but Annie keeps “throwing out Ninja Stars”. Lane agrees, he sure that Annie is trying to cause some damage on her way out.

Matt Leaves and jokes that he’s going to go talk shit about them all..

Both Brendon and Rachel start working Hayden about how loyal they are to him.
Rachel: “if Brendon came for you i would kill him”
Brendon: “I understand why you put me up don’t worry”
We goes on to tell them that hayden is the first HOH its tough but also a big advantage. He’s getting rid of someone that doesn’t go into the jury house. Rachel agreeing they both swear they will never put hayden up… RACHEL “NEVER!”
Rachel: ” I really genuinely like you as a person”
Brendon: “I do to”

Brendon and Rachel finish there brown nosing season with one final thank you to Hayden. Hayden start talking about Annie running around talking shit to people he mentions that he overheard her telling Lane that Brendon will come after Hayden if he gets HOH. Hayden tells them not to worry he doesn’t believe a word that Annie says.

Talk shifts to the other houseguests Brendon is getting a little pissed off that Monet has done shit in the house. Everyone is always picking up her dishes and never thanks people for all the food they cook for her. Rachel quietly tells him they shouldn’t be throwing people under the bus. Brendon… doesn’t say anymore… eventually Rachel and Brendon head out and play some Chess. 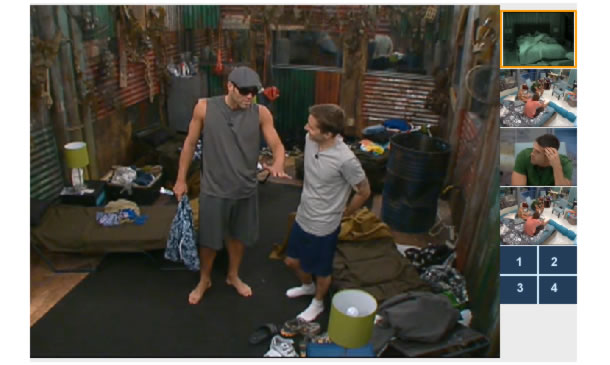 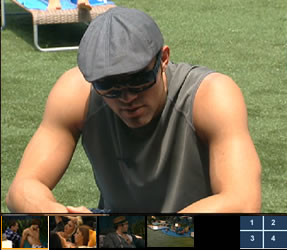 2:00pm Have Nots Enzo and Matt. They are complementing themselves for orchestrating getting Annie up on the block. Matt says it got dicey for awhile but whats happening now is great. They both agree they need to get HOh next week and Back Door Brendon.

2:18pm Backyard Feeds cut for a minute and we hear Enzo saying this
“If i get HOH people are kissing my fingers and smelling my nut musk” ..

Nut musk. – for the man that has everything. New in stores this Christmas. (YUK)

Last year there were rumblings of interference from producers to keep the ratings up. Anyone think they will do this to keep Enzo, or the saboteur, around?

There is interference every year since it began. If there wasn’t, I doubt the game would go as smooth as it does. BB needs to keep the saboteur around for at least three weeks or the whole twist would go bust. I’m shocked they are only allowing it to go ahead for 5 weeks. It doesn’t seem long enough to me for any real damage to be done.

Enzo is white trash and probably has a criminal record. His crude talk and obvious ignorance of social mores are distracting. His hot temper makes him a loose cannon and a danger to all. Hope he gets the boot sooner than later.

Not from Jersey, don’t find Enzo particularly entertaining. That being said, I don’t see how he deserves these comments TK! By the way, watching Sunday’s replay, I don’t see Monet in the living room when the lights went out, but she was sitting on the table when the lights came back on. Anyone else notice this???? IS the saboteur Monet??

Enzo is hilarious. Glad there is someone in there that is entertaining. Anyone else think Brendon and Andrew are brothers??? I think they look alike.

@ Elle OMG they do look like they could be brothers!! Good one! *clapping*