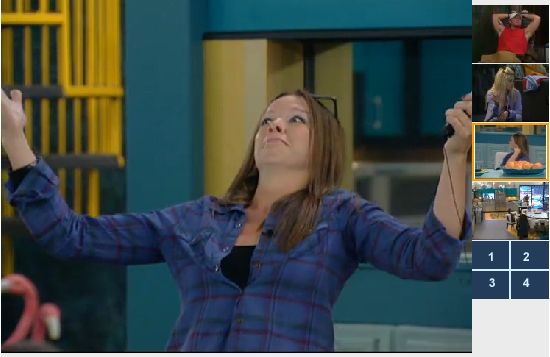 1:25pm Annie is in the kitchen going off and acting all defeated. Lane is trying to convince her to stop acting like that and to start paying the game. Lane tells her to go talk to Hayden and start throwing scenarios around like what will happen in this situation and that situation. Annie says this is just like high school. Annie says that Hayden is scared of Brendon it’s retarded. Annie says to Lane that she hopes they plan on losing some challenges, to keep these weak players around. Lane tells her that there is still plenty of time before Thursday. Lane tells her that he will go up to the HOH room to talk to Hayden with her later tonight. Annie says please. Annie asks Lane who the major alliances are? Lane tells her that its Rachel and Brendon. Annie then starts yelling saying really, a major alliance, really and now they are keeping them together… Lane asks Annie if she wants a back rub and then if she is feeling vulnerable right now and Annie relies no. But I’d like a back rub. Lane says that sucks. Annie asks Lane if he would vote to keep her. Lane tells her that she would be the better choice to keep. 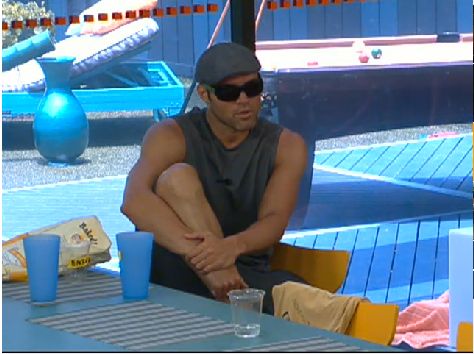 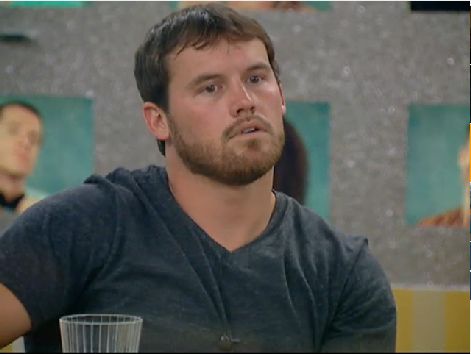 1:35pm Brendon is in the backyard talking to Britney. Brendon tells her that he felt bad that Annie attacked her during veto ceremony. Britney tells Brendon that the group caught Annie trying to make multiple alliances. Britney says that Annie has been going around saying she only talked to Brendon to get information and that Annie had been saying Brendon had approached her for an alliance. Britney says that according to Annie, Annie turned you down. Brendon says that he never once tried to make an alliance with Annie. Brendon tells Ragan and Britney that Annie trying to make him look bad. Brendon is mad that he thought he was friends with Annie but now she is trying to ruin his game as she is leaving. Britney is upset that Annie is blaming her for suggesting Annie go up, when it wasn’t Britney’s idea. Britney says she did lie to Annie that no one else was saying things about Annie but it was only because she didn’t want to throw other people under the bus.