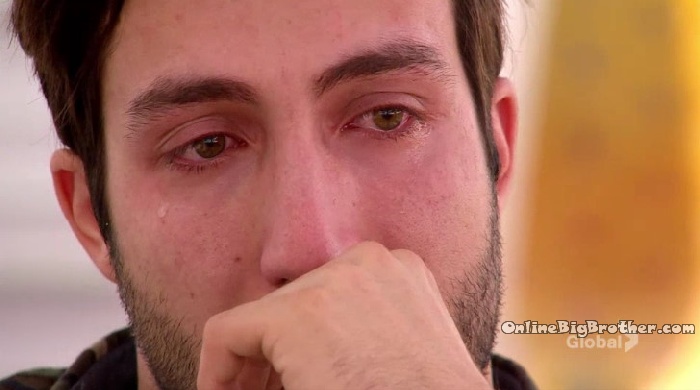 In news that has shocked me Big Brother Canada is cancelled. A Global TV spokesperson told BBspy that the show was on “hiatus”

“Big Brother Canada is on hiatus for the coming broadcast year,” the rep said. “Further details will be announced at a later date. Global remains the broadcaster for Big Brother.”

It's been FIVE BRILLIANT SEASONS and now it's official, @BigBrotherCA is on hiatus. MASSIVE LOVE to our BB fam from the bottom of my heart. pic.twitter.com/ruYUdxWH35

I know the ratings were down for the season but I’m still pretty surprised they are pulling the plug. Perhaps they should go back to being on slice.

Either way this is sad news for a show that was a lot of fun to watch. Though I will admit it’s been taking a dip on season 3 and 4 I still enjoyed BBCAN5 alot and thought it was a big turnaround for the show. Maybe there’s just too much Big Brother for the hard core fans. We’ve had non stop BB now starting with BBCAN4 – BB18 – BBOTT1 – BBCAN5 – BB19

Nothing ever last in Canada except low wages and benefits

There’s a petition on change.org asking Global TV to save BB Canada. They may not listen,but it never hurts to ask.
https://www.change.org/p/globaltv-use-your-power-of-veto-to-save-big-brother-canada?recruiter=729599303&utm_source=share_petition&utm_medium=copylink&utm_campaign=share_petition

Sign rob cesternino’s petition on change.org to #SaveBBCAN
It’s not over till it’s over

They should have not cut the feeds so much.

I wonder if this has anything to do w an “alleged” lawsuit that they were faced with early on in the season.

Exactly HOW is it glorious? Numerous people out of work, over a million disappointed fans and you think it’s glorious. You’re a very sad person indeed. Of course I shouldn’t expect more from a person who is too cowardly to sign their name and too unimaginative enough to realise that they could make one up!

I feel sorry for you

Sorry to hear this. Maybe it will get picked up by another network

slice or get cancelled

Can’t say I’m surprised. I watched less than probably 10 minutes all season. The whole execution of BBCAN has been flawed, from censoring the feeds to the overuse of twists to the lack of drama. I know Canadians are polite, but this isn’t the census, where you’re trying to come up with an accurate representation of the populace. Find 16 people, two of whom are normal, four who are almost normal, but you just can’t quite put your finger on why they’re not, five people who are clearly not normal, but not quite crazy, and five egomaniacs who serve as their own biggest fans. That’s step 1. Step 2: lock them in a house, turn on the cameras, provide food and enough alcohol twice per week for at least half the house to get drunk. Hit show.

if they would air it in the united states they would get higher ratings.

I agree Simon and Dawg, if they would air it in the United States also with less Twists, maybe bring a few Celebrities on and/or put it back on Slice it could work out for the best. I will never believe there is ever enough BB shows in the world. I am still hoping they bring back BB Australia. BBCan missed the mark with Seasons 3 and 4 but this last Season was right on point. They just need a new Producer I think.

See what happens when you bring back Neda for a second time? Thanks a lot jinx! >:(