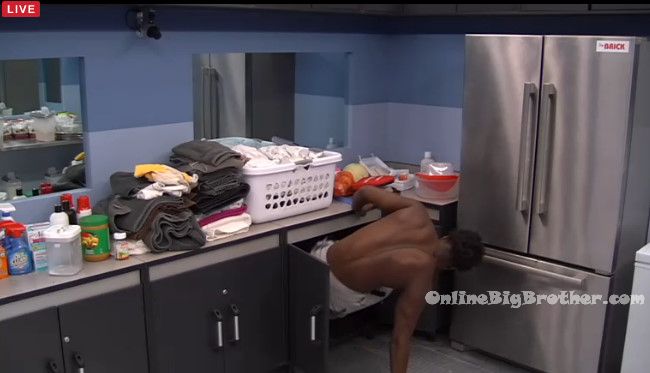 Brittnee won the Have Not Power 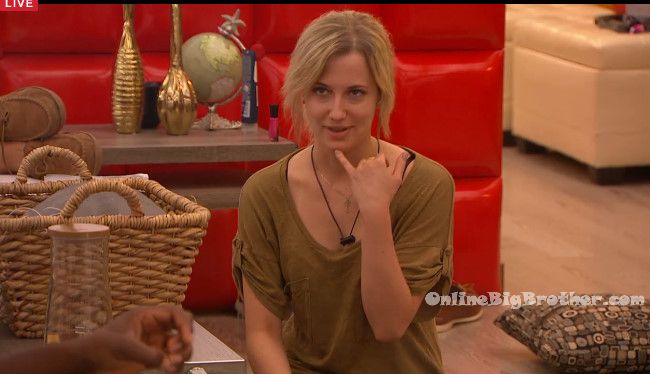 2:15pm HOH room – All the house guests are sitting around the head of household room chatting. They talk about the possibility of Neda coming to host the next POV. Pili asks why? Why wouldn’t we host it? Ash says because you hosted it last time and next time we’re all playing in it. Brittnee gets called to the diary room and there’s a diary room leak of her excitedly saying “Oh my god, what is this?!” Then the audio is cut off. (I think it might be the #askBBCAN questions they’ll be answering in the diary room.) Godfrey asks do you guys want to play hide and seek? Ash says okay. Hide and seek is my jam! I’m like a contortionist. Ash leaves to go hide. Godfrey starts counting up to 30 “Ready or not here I come!” “You can run but you can’t hide!” Ash hides in the kitchen and when she sees him go into the bathroom, then bedroom. She sprints upstairs into the bathroom. She hides in the shower stall then moves to the bathroom stall. “Okay Ash, I’m getting serious now! You can’t hide forever!” “Fricking girl must have gone in the diary room!” “Okay I think Ash got kidnapped. She’s gone yo” 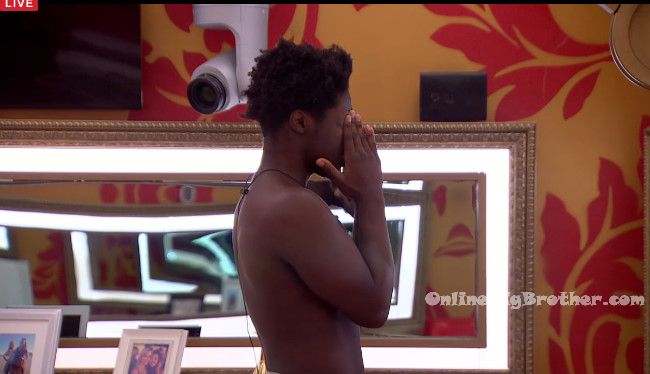 Brittnee goes into the bathroom stall and is scared when she sees Ash hiding in there.

2:45pm Godfrey then comes in and check the bathroom again and finds her. 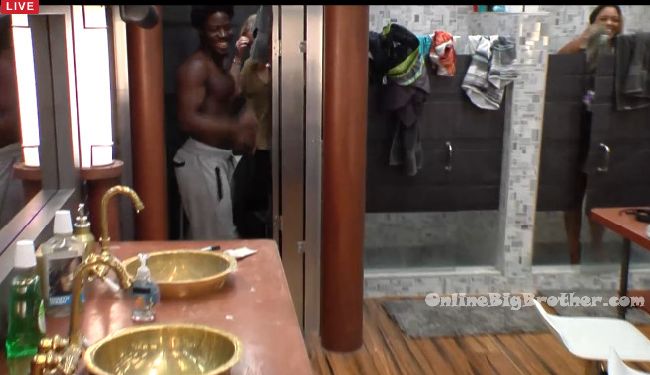 3:10pm – 3:20pm In the kitchen –Bruno asks do you think Pili’s would ever turn on Zach? Or Zach turn on Pil’s? Godfrey says I think Zach would turn on Pil’s. Ash then calls for Godfrey if he’s ready to play hide and seek? He tells her to go count in the HOH room and he’ll hide. He heads to the storage room and climbs in one of the cupboards. Ash starts looking for him all over the house. She looks the storage room under the duvet and in the freezer. She says Godfrey you’re better at this than I thought. When she leaves he comes out of the cupboard and hide under the duvet. 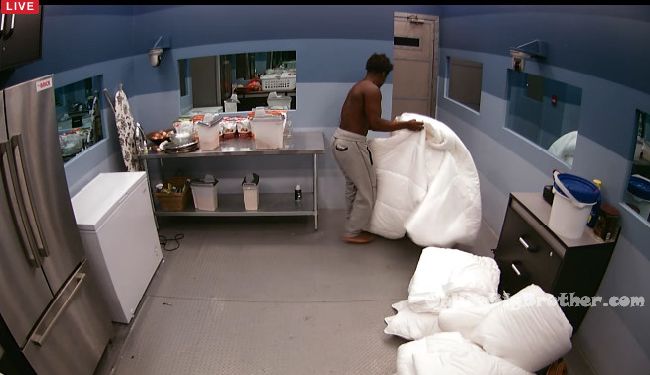 3:25pm They play hide and seek again with Ashleigh hiding. She hides under the sink. (Big Brother Canada 2 house guest Adel Elseri’s hiding spot during his no sleep punishment. See photo below.) Godfrey “I’ve got a good sense of smell. I could smell your perfume.”

3:35pm Big Brother blocks the feeds and when the feeds come back the house guests are commenting on how they were asked to clean the kitchen and then go to the HOH room. They wonder if they get a task. Sarah says she doesn’t think its a task. Sarah and Brittnee head up to the HOH room. Brittnee tells Sarah not to freak them out. The others come in and Sarah says yeah you’re right. I’m freaking out for no reason. Maybe they need to film and they just need the kitchen clean.

If you enjoyed this site’s content please consider a donation or checking out our How to support OnlineBigBrother.com page. Any help is appreciated, this site is only here because of your support.

Ash clearly has a little crush on Godfrey too, that or she is campaigning hard for his Jury vote. Not that she will last longer than him.

She was dancing on him a bit the other night when she was drinking too. Nothing wrong with a little crush! :)

The Abdi
Reply to  d

Can you please show me a clip of this? I reallllly want to see that LOL.

and Sarah and Brit and Ash and Pili

go brit and sarah are my final 2 now

I think if Sarah goes to the final with Brit, she will lose. And I think Sarah knows that, and will take Brit out if she has the chance,. Her best bet is Ash.

Godfrey the only one with a personality left in there!

Hey watching after dark from day before last night…I was just gonna say I think Ashleigh has a crush on Godfrey!

She laughs at everything he says and giggles watching him! GO for it Ash!

May the chips fall where they may!
I don’t hate Sarah…just was disappointed in the “Willow move!” So I am now officially “Team-Whoever”
Everybody has had these twists effect them somehow!
Time to quit bitching and accept the reality of BBCANADA. being a “roll of the dice”
I am “all in” for Whoever!
(Still entertaining)

Lol Godfrey is the most fun and entertaining person left … lowkey think Ash gotta lil crush on him. cutee

Watching the feeds last night was making me puke. Ashley and her stupid baby talk to Zach and Pili with her stupid cackle. The two of them sure give woman a bad name in the game being so dependent on the men. Ashley lies to the camera saying she is making her own decisions, what a joke. She is the epitome of a stupid young girl ruled by a crush in this game. She is NOT the independent woman she tries to make herself in her DR sessions. What a dumb girl.