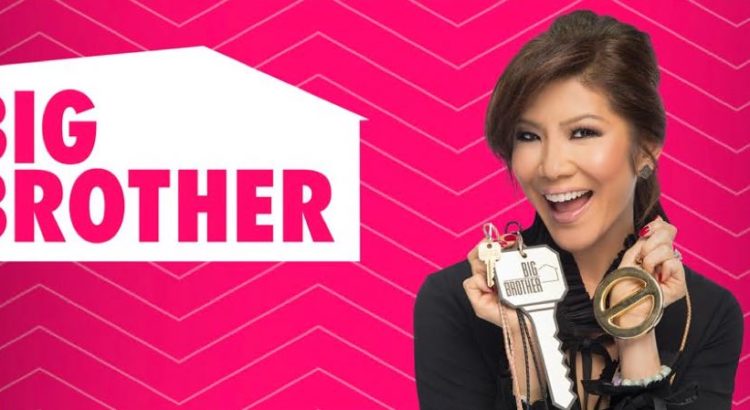 Just in case you all didn’t know, back on October 28th during Big Brother 22 (covid edition), BB was renewed for a 23rd season. And with the current uncertain times during this worldwide pandemic its comforting to have some normality and to know that we’ll have our summer guilty pleasure to watch! Although the premiere date has not been set, it’s expect that Big Brother 23 will start around the end of June as per usual given how smoothly BB22 went while the rest of us battled restrictions and lock-downs. Unless restrictions ease up by then, production will likely continue its safety protocols that they put in place last season including: quarantining the cast members for 2 weeks prior to moving into the house, no live eviction audiences, weekly Covid tests as well as staff & crew members rotating one month on, then 2 weeks off followed by another 2 weeks in quarantine, then back on again.

CASTING UPDATE:
Casting is now open however they’re obviously requesting all applicants apply through the online application process as open casting calls at this time are not an option given the current pandemic.

At this time we encourage every applicant to apply online. Although we are hopeful that in the future we will be able to hold open calls around the country, it is important that every person complete an online application in case this is not possible. Please check back regularly in case this changes and you are able to meet one of our team in person at an event near your home town. APPLY HERE

CASTING DIRECTOR UPDATE:
Long time Big Brother US casting director Robyn Kass is taking a leave of absence from the Big Brother casting process. As per the tweet below she will not be apart of the BB23 casting process as she accepted “big opportunities in New York”. It will be interesting to see how having a different casting director will affect the make up and cast we get for this new season which will undoubtedly be an all newbies cast. Change is good and I think it we’ll be surprised with a great cast.

Bitter Sweet news. I’ve been offered some big opportunities in the New Year. After a lot of thought, I’ve decided to move forward w these projects & take a leave from #BB23. I am excited & have no doubt you’ll be in good hands this season!?Be safe & Happy New Year! ? #staytuned

MORE Diverse Cast Promised:
An important and long overdue change that fans have been calling for a long time in terms of the diversity of casting for both Big Brother Canada and Big Brother US is that their casts will now be more inclusive of minorities. Starting with the 2021-2022 broadcast seasons, BBCAN and CBS have announced that they want their future reality series to have casts that are at least 50% Black, Indigenous and people of colour.

“The reality TV genre is an area that’s especially underrepresented, and needs to be more inclusive across development, casting, production and all phases of storytelling,”

“As we strive to improve all of these creative aspects, the commitments announced today are important first steps in sourcing new voices to create content and further expanding the diversity in our unscripted programming, as well as on our Network.” stated George Cheeks, president and CEO for CBS Entertainment Group

There is a reason Big Brother Canada and I are aiming for at least 50% BIPOC on our next cast. BB is a numbers game. If we want every player to have the same chance to succeed, we must evolve past the idea that minorities in the country must remain minorities in the house. THREAD

Big Brother Alumni weigh in on the new diversity pledge:
Andy Herren (BB15) – “great news”
Kevin Campbell (BB11 & BB22) – “representation matters”
Marcellas Reynolds (BB3 & BB7) – He stated that he is “actually shocked that it took CBS “this long to address the bias that is inherent in all their shows and has been going on for so many decades at this point.”

CBS ALL ACCESS:
Can’t wait for June and want your Big Brother US fix now? Sign up for CBS ALL ACCESS (Try it FREE) and watch full episodes of Big Brother along with hundreds of other TV show episodes from other CBS content.

BBCan8 had 6 out of 16 who were BIPOC = 37.5%
so adding 2 more BIPOC in place of white people will give every player a chance to succeed according to Arisa! (Facepalm)
(FYI, Sheldon was on track to win before they canceled the season)

Arisa talking about minorities in the house makes it sound like theres always been less than 20% BIPOC and they dont have a chance to succeed. “Succeed” meaning “Win” because of,….wait for it,…”RACISM”!!

So welcome to Big Brother in 2021 where we’ll get a jury that votes based on race!

the bbcan9 living room.
the living room photo shows that the dripping paint motif over the d/r entrance is still there. The blue on light blue cityscape on the other wall looks to have been redone with red /purple/darkblue shades. Just looking in the mirrors. I’m glad that some of the colour choices aren’t the same as last season. A couple of the wall colours were poor choices in terms of giving some houseguests an unhealthy pallor on the screen. My impression: meh. Oh look, fake trees… who knew that’s what the apocalypse would look like?

there’s a photo making the rounds that may be the bathroom. fake grass semi circular carpet in front of the sinks. lots of fake leaves hanging from the walls. But at least the floor isn’t high gloss mirrortile like last year (i still get heebies on my jeebies thinking of a bathroom with a mirrored floor. shudder).

Looks like the season will be much less spoilerific on eviction days (in the realm of horri if you’re not a fan or terri if you like them). From last check, they will not be doing live audiences for evictions this season, though they will, from what i’ve been picking up, still be doing the evictions earlier, not live.

rumors still abound about mix of return/new houseguests (I’m VERY much against mix return seasons, it’s too jump the shark in terms of lack of storyline editor and writer ability for my book and smells of heightened production manipulation and tipped playing field). I mean, what are they going to do…. have the newbies enter the house to find Carol still sitting in the chair insisting she wasn’t going to quit… while simultaneously asking everyone if she can be the first one voted out so she won’t lose any of the stipend?
Another rumor has named one possible houseguest (julie somethinorother…fills the pageant / social media influencer role). This has legs only because she’s been rumored to be shortlist to get on a couple of other seasons, and at least one former houseguest has recently begun following her social media. But it’s still a rumor. 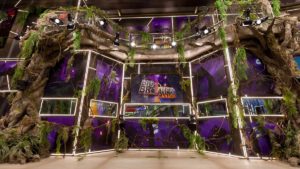 12% of the population is black, 17% is Latino and 4.8% is other. That leaves 67% white not including Hispanics who also identify as white. So if this is truly supposed to be a “social experiment” why are they “forcing” the group to an amount non indicative of the population? All this is is pandering. They have always had a good cross section of the population.
Looking back to last season Bailey and Da’vonne refused to vote for David early because he was black. Not for any other reason except for that. That’s not racist? They voted to white girl simply because she wasn’t black. That’s not racist? And the kicker. It came back to haunt them because David voted them both out.
I’m all for inclusion but not at the sake of another. It’s nothing short of manipulation. Something I’ve heard a lot of people speaking out against many many times on this site. Anytime production tries to force the game they take away the value of the game. Who’s to say they won’t do so during the game to insure the result will end with a non-white winning.

I’m sure the numbers in Canada are evern going to be more skewed.