Big Brother 13 Live Feed early Bird Special has arrived. Just Click this link and use BB13QTEARLY as your promotional code…BIAM for $29.99 your hooked up for the whole season of BIG BROTHER. This year the feeds have a bunch of wicked new features like greater mobile phone support and more web Shows host by past houseguests. The complete list of new features can be seen in these 2 posts BB13 early Bird 1 and BB13 early Bird 2. All sites give the same deal, support your favorite Big Brother Site.

here is the skinny on how the pricing will work.

If Purchased from June 17th to July 6th the Full Season of Big Brother 13 Live Feeds Cost $29.99 If you want to include the Mobile Option (You using Android or some Apple product) then add another $9.99 so people going for the Early Bird with the Mobile option for the season of BB pay $39.99.

If you pay for the feeds from July 7th to the end the 3 month subscription costs $39.99 if you want to unlock the mobile features it’ll cost you an additional $9.99. $49.99 for 3 months of feeds purchased after July 7th with the mobile option

*CBS has pushed back the date they are making the Android app available – they won’t be putting it out there until July there isn’t an iPhone app – iphone users will get a page in the browser that launches the quick time player for the feeds.

Buy your feeds from the site you like and enjoy visiting, these feed sales help the blogs keep running throughout the season. Watch Big Brother 13- see what they can’t show you on TV. 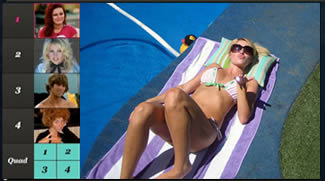 DO NOT MISS OUT ON THIS SPECIAL OFFER!!

Why pay full price after the season starts when you can save $10!! $29.99 is cheap considering you will be able to watch the entire Big Brother 2011 Season plus all the extras! By signing up during the Early Bird special you also lock in that price all year long!!

Big Brother Lite Live Feeds: Real player is releasing a ton of Awesome BIG BROTHER 13 Live Feed Features this year, it’ll completely change the way we watch the feeds.  Real Player this season is now offering a ‘Lite’ version to the BB13 Live Feeds which sits outside your web browser.

Thanks! Feeds are purchased. What happened to the apple os4 viewing feature? It said only android in the sign up.

Thanks Matt! Every time a feed is sold through a link at onlinebigbrother.com Simon and Dawg get a cut.. It’s what helps us run this blog and be able to afford the bandwidth to host all the images.

I was told the Apple support is there i’m going to have to test it out later tonight.

CBS has pushed back the date they are making the Android app available – they won’t be putting it out there until July there isn’t an iPhone app – iphone users will get a page in the browser that launches the quick time player for the feeds.

Great! Feeds purchased, waiting impatiently for the show to begin! Thanks Simon and Dawg!

It’s going to be a great year, glad your back chloe :)

Is there any way to add mobile support after purchasing the feed?

Hey Joe, From what i’m hearing from real it comes out in July. I’ll let you all know when a solid date is known. One thing I forgot to mention is that Flashback will not be available for the mobile versions. this all might change though, last week we were told there was no iOS support and now there is.