Ladies and gentlemen, we have a Melissa McNulty situation on our hands! 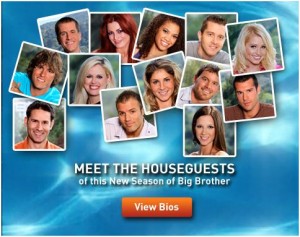 Very rarely do we see a contestant on a reality show shape a game before it even starts, but McNulty significantly changed the course of “Survivor: Fiji”. She made the decision to drop out of the competition last-minute, forcing a season originally scheduled to have 20 castaways down to 19. Who knows how the season would have unfolded if she had stuck around? (Maybe we wouldn’t have had to deal with Dreamz taking Yau-Man’s car away.)

So how does this relate to “Big Brother 12”? We are hearing reports now that the rumored 14th houseguest for this season actually dropped out of the competition while being held in sequester. There is no word on why this person exactly decided to leave, but it could have a major impact on the season.

That said, this isn’t really a situation where anyone will lament the departure of someone we don’t even know. Smaller casts also seem to work better — while it’s fun to have more characters, it also takes away the time we need to get to know everyone.

Are you upset that someone actually quit “Big Brother” before the season even started?

Don’t they usually have back up people sequestered just in case something happens and they need to fill a spot? I remember a few years ago hearing of people being sequestered and then not making it on the show because they pick the finalists at the last minute. (I might have been thinking of Amazing Race)