The Early Show
CBS, Wed, Jun 30 7:00 AM
“Don’t miss Julie Chen’s introduction of the new Big Brother Houseguests, who will soon vie for a half-million dollar prize. So join us and get an early preview of, what is sure to be, a new hot summer season of Big Brother.” 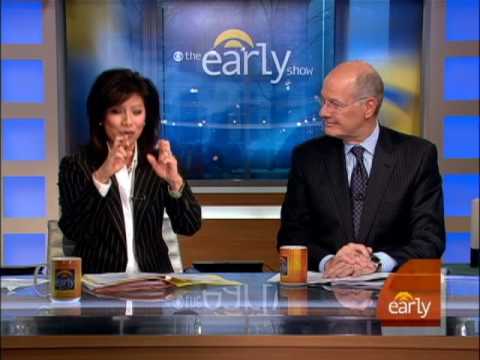 “Big Brother” to Be Broadcast Three Times a Week—Wednesday, Thursday (Live Eviction Show) and Sunday from 8:00-9:00 PM
Julie Chen Returns as Host
The summer reality hit BIG BROTHER premieres Thursday, July 8 (8:00-9:00 PM, ET/PT) on the CBS Television Network. The new cast will be announced at a later date.
BIG BROTHER will be broadcast three nights per week: Wednesdays, (8:00-9:00 PM, ET/PT, beginning July 14); the LIVE eviction show hosted by Julie Chen on Thursdays (8:00-9:00 PM, live ET/delayed PT, beginning July 15) and Sundays (8:00-9:00 PM, ET/PT, beginning July 11).
Last summer’s edition saw BIG BROTHER grow its audience both on-air and online for the CBS Television Network and CBS Interactive platforms.
Last year’s edition of BIG BROTHER was one of only a handful of programs ever to post growth in its tenth season. Compared to the prior year’s edition, BIG BROTHER was up +7% in viewers (7.08m from 6.60m), +4% in adults 18-49 (2.5/08 from 2.4/07) and +5% in adults 18-34 (2.0/07 from 1.9/06). Each of the three weekly broadcasts also posted summer-to-summer growth.
Online, BIG BROTHER was the last summer’s #1 show on CBS.com and across the CBS Audience Network in all key metrics, with 25% more unique users and 94% more video streams than the prior summer.
BIG BROTHER follows a group of people living together in a house outfitted with dozens of cameras and microphones recording their every move 24 hours a day. Each week, the Houseguests vote someone out of the house. At the end, the last remaining Houseguests receives the grand prize of $500,000.
BIG BROTHER is executive produced by Emmy Award winner Allison Grodner and Rich Meehan in association with Endemol U.S.A.
Source: CBS Press Release