When you sign-up for the Live Feeds, you will be able to watch the entire season of Big Brother 12 for ONLY $29.99!! That’s $10 OFF the regular price!

You only have 3 days left to take advantage of this offer: Big Brother 12 Early Bird Special Discount! 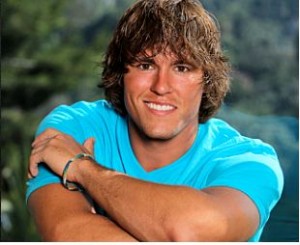 One of the new houseguests, playboy, Hayden Moss, 24, may just agree with that description of himself. If not though, maybe he’ll write in to debate it and say that his playboy tactics are just his way of strategizing for the Big Brother 12 game!

Hayden stated himself that his strategy is, to “work over some of the female contestants.” So, maybe he’s just a real down-to-earth guy who is going to use his good looks and charm to try to win the Big Brother 12 game.

Afterall, Hayden, the college student from Arizona State University and baseball player said that his favorite Big Brother houseguest of all time is Jeff from Big Brother 11. Hayden stated, “I think I can relate to him. He just seems like a down-to-earth guy.”

When asked why he wanted to do Big Brother 12 he said, “It’s the event of a lifetime. I really thought it’d be a great time and I’m most excited about the chance to win half a million bucks.”

Hayden stated that he is “not looking forward to being trapped in the BB house with people who are rude and people who don’t pick up after themselves.” He shared that he’s going to miss his “life” and watching sports on television. We’ll see in a few days how Hayden fairs in the Big Brother game, on July 8th.