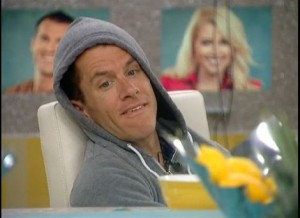 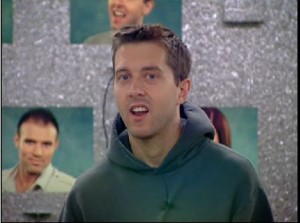 The guys are in the kitchen talking about movies.  Ragan talks about the movie “Crash” and how he didnt like it.  They then start talking about Broke Back Mountain and Ragan says he loved that movie … (go figure…)

9:40am In the bathroom still getting ready are Kathy, Britney, Monet, and Rachel. Kathy, Monet and Britney are talking about how Andrew told them not to eat it. They talk about how he always tells them after the fact when they eat his food, just to make them feel bad. They all think Andrew is going crazy and how he’s acting really weird. They joke around saying that Monet will end up punching him. They laugh and say that if she does she should say pap-smear right when she hits him. BIAM! Mean while, Hayden is relaxing in the hoh room by himself. 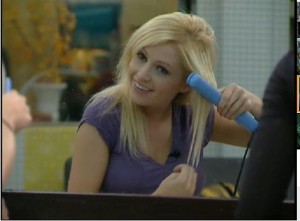 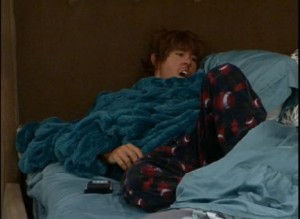 10:05am Annie and Brendon are in the bedroom whispering. Brendon keeps telling her he’s (Hayden) DONE! He’s done! Brendon says he’s a fucking idiot. Brendon says he would not get out a strong player week 1 because it’s not smart. He’s making alliances with people who suck. I’m just fucking pissed, I know how Lane thinks. Annie says you’re going to rock in the competition …I just feel it! Brendon says I knew this would happen I would walk into the house and be looked as a big threat. Brendon says I seriously think he’s thinking with his dick. He’s thinking get ride of the guys and he’ll be here with the chicks. He’s such a fucking rookie. Brendon says he’s young and dumb, he’s only 24. He’s young dumb and full of c**. Brendon really doesn’t like Lane, he wants him gone.

Annie says I think he just thinks he has a better chance with the girls I don’t think he wants to hang out with them all. Annie asks are you going to be okay if Rachel goes home. Brendon tells her yeah. Rachel joins them in the bedroom. Brendon says watch I’ll win POV and HoH and I’ll put him up and we’ll see how fast people turn on him. Brendon says Hayden’s not playing to win, hes going to stick around for four or five weeks and then he’ll be gone. Brendon says that he thinks Lane will backstab Hayden. Brendon says that he hasn’t even had a chance to play. Brendon saying its stupid to go after a big strong player right off the bat. Brendon says Hayden should have put up a non-controversial figure up instead of someone who can come back and take him out. 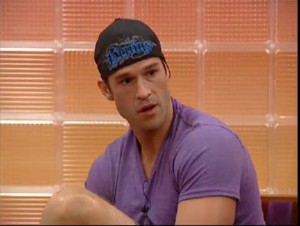 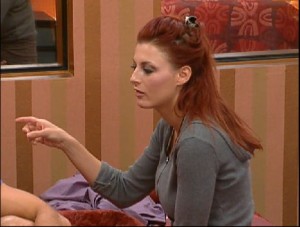 10:20am Brendon and Rachel both think that Enzo won’t change the nominations out of respect for Hayden. They start talking about Andrew’s and how he’s been acting and that he is freaking them out. Brendon says he feels like an outcast, and that everyone is out to get him, and that he doesn’t deserve it. Rachel says that she is scared that if Brendon comes off Hayden will put someone up who is impossible to beat like Ragan or Matt. Brendon says that he thinks Hayden is underestimating him. 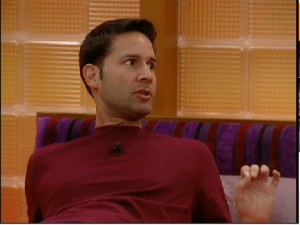 together. Hayden says again that if one comes off the block a pawn goes up and the other goes home. Annie agrees that that should happen.

10:30am – 10:40amBack in the bedroom, Rachel is talking to Andrew and telling him to stop talking to people. Andrew asks you mean start talking? And Rachel tells him no, I mean this in the nicest way, but you should stop being weird, stop saying weird things to the girls. Rachel tells him about what Kathy has told people about how Andrew asked her what girl’s body she would want, and how he was talking about needing to rub one out in the shower.  Rachel tells him that the girls think he is perverted and that he needs to just stop saying things about girls, period. Andrew can’t believe the girls hate him. Brendon tells Andrew to just chill out. Andrew says he just doesn’t have the social game. Brendon says the way people have been treating Andrew is getting in his head.

These people make me sleepy! Nothing interesting so far.

Did Brendon win POV? NO I don’t want Rachel to go!

Brendon is an idiot. He is completely jealous of Hayden and Lane. Not because of the game. Just because they are bigger, stronger, better looking men. He has inferiority issues.

Brendon is an idiot, but not for the reasons Uncle Cool states. He is letting a pair of fake boobs cloud his judgment. Obviously he is pissed that he got put on the block, and winning the POV must be sweet revenge for him. I think Hayden and Lane haven’t thought things out. They haven’t stopped to think what might happen if Andrew or Brendon wins HOH next week. Once the POV ceremony happens, Hayden is a lame duck. I don’t think that has sunk in for the gang yet. They are acting like Jesse’s girls did last year. First HOH is the kiss of death. Everyone he thinks is on his side now will flip as soon as the new HOH is crowned.

Agree 100%. I can’t wait to watch the “gang” fall apart. I’m totally waiting to see who the new hoh will be- and the new alliances because of it.