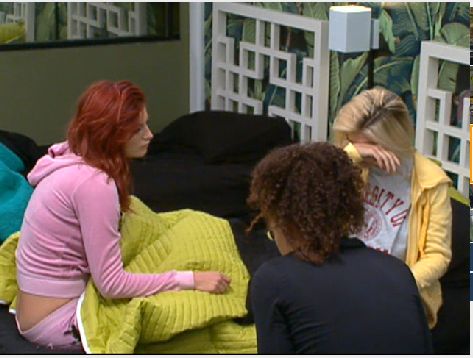 9am Big Brother cuts the feeds to wake up the houseguests. When they come back Brendon and Ragan are in the bathroom getting ready. Ragan is singing the Snoop Dog sippin’ on gin and juice song. Brendon says Snoop Doggs’s ‘Doggie-Style’ was one of the first albums he bought. Ragan then goes to get into the shower and starts moaning about how good it feels because its the first one he’s been able to have since the Have/Have Nots competition. In the bedroom Britney, Rachel, Kathy and Monet are talking about last night. Kathy tells Rachel the she will let Annie will explain to her what she was saying. Britney says that Annie is nuts. Rachel says that she didn’t come here to go home. Britney says that four days is a long time and that anything can happen. Britney asks are we on a lockdown? Monet says Yeah, they’re doing something in the backyard.


In the Kathy tells Rachel that she has her vote, and that she should just be yourself. Rachel says I wish nobody had to go home. Kathy says I know but that’s not how it works. 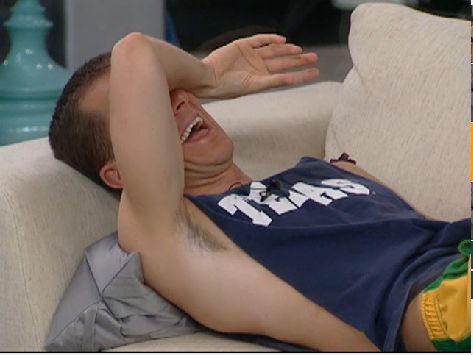 9:30am Lane, Matt, Annie and Rachel are sitting on the living room couches. They’re talking about waking up to snoop dog. Rachel says that she got her gangsta roots back in a hot minute. Annie starts telling a story about how she was at a concert and Snoop Dogs uncle tried to get in her pants. (lol) Annie then asks Lane if he’s having sexual thoughts. He says no. Annie says I wish you were naked so that I could paint you right now. Enzo talks about how he wants to patent the words “That’s KaKA” and “Gar-nade” Enzo says your like a fixed dog, you’ve got no balls. Then he says “I’m a part time real estate agent ..I got cards” Annie tells Lane to stop shaking his titties because its turning her on. Then she burps. They all laugh. Enzo says he want to break these chain like a junk yard dog. Annie says she want to choke him with them. Ragan starts asking about the Saboteur. They wonder how its going to work the week he leaves. If its going to be a double eviction week or something. 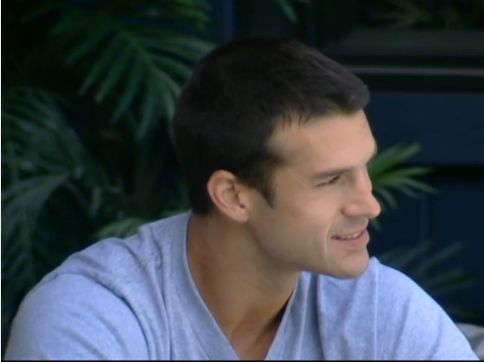 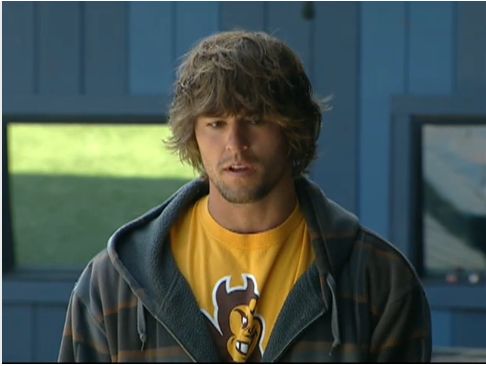 9:40am Hayden and Brendon are in the backyard talking about Annie. Brendon says that Annie is trying to put the blame him (Brendon). Hayden says she will definitely try to get the votes. They both agree there’s a chance she might be the saboteur. Brendon says Annie made him feel bad yesterday.

10:10am – 10:20am Matt is laying in the hammock on the backyard talking to Enzo.  Big Brother tells Annie to put on her mic.  Then Matt says Uh OH GAME TALKER!  Enzo says yeah gotta hand it to her shes trying ….but she’s going home! Enzo says Annie is pretty mad but that she’s going home because she made three different alliances.

Still thinking that either Brittany or Kathy is the sab, but I also had the thought that it might actually be Rachel. She is supposedly a scientist, but she isn’t acting very smart and she doesn’t seem to be there to play the game. She comes across as someone who just wanted to be on tv. Anyone knows that a showmance is bad news unless you are Jordan, and hooking up before the feeds even start is suicide. Unless it is her cover. Nobody would suspect her because she is so busy sucking Brendons face and following his lead. Maybe her way of sabotaging Brendon, who could be one of the stronger players is to get him thinking with the wrong head. She is the only one that isn’t talking crap about everyone else. Good strategy to keep the attention off of you at vote time. Just a thought.

I bet enzo would be fun as hell to get drunk with. LOL That boy is hilarious. This show would be boring without him.

Rockstar
Reply to  chick from louisiana

We’re calling him Big Pussy (The Soprano’s) because he wanted his nick to be Meow Meow.

Matt is my pick for winner BB12

I agree. Matt’s in a perfect position right now. Everyone likes him, no one in that house has any sort of target on him whatsoever and I think he’s sort of pulling Hayden’s strings a bit this week.

Rockstar
Reply to  chick from louisiana

I want Matt to win. He’s my favorite. I do love Rachel but I knew her voice was annoying and I have issues with the little things.

I’m not sure if this has been said yet or not, but I think the answer to the “lifelong friends” twist is that Kathy is Britney’s mom.. she said she had a 22 year old son but maybe she also has a daughter.. or said son to throw everyone off?
This would mean they faked their “fighting”.. & if it’s true I wonder that, if one of them is the saboteur, does the other know?
this could be crazy I can’t wait to find out on thursday.

It’s been said but none the less, it is of great debate. I think they are mother and daughter but I could be wrong because I was wrong (once) before. Lane could end up being Kathy’s son.

What is with Ragan and these athletic shirts with the sides cut out. The kid is Rwanda skinny, they just look funny on him.