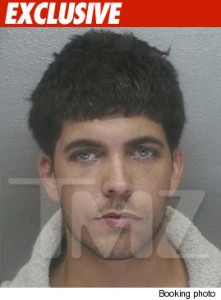 A former “Big Brother” houseguest was arrested this weekend after allegedly unleashing a ferocious attack on his pregnant girlfriend.

According to the Boston PD, cops responded to the home of Matt McDonald — who appeared on BB Season 9 — after his girlfriend showed up at a local police station to file a complaint.

Cops say Matt’s GF — who’s currently 8 weeks pregnant with Matt’s baby — told them the two began arguing after the reality star accused her of cheating on him … and that’s when things got violent.

According to the police report, Matt’s GF told cops he began strangling her and yelling, “I hope the baby dies and hope u [sic] have a miscarriage.”

The GF claims the next day, Matt accused her of pouring water in his plasma TV — and then proceeded to kick her in the collarbone, put her in a headlock … and began punching her in the arms.

For the full article: TMZ.com 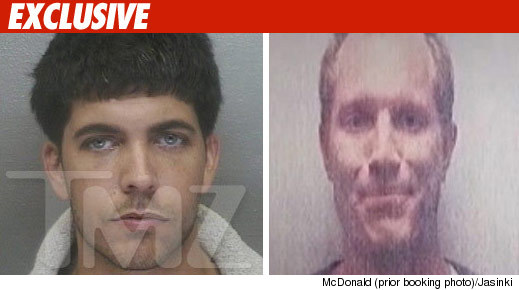 A former “Big Brother Season 9” contestant has just been arrested for conspiracy to distribute oxycodone — and authorities believe he was in cahoots with another BB9 housemate … the guy who won the show.

Matthew McDonald (left) was indicted in federal court in Massachusetts today for allegedly participating in a drug ring run by “Big Brother” Season 9 winner Adam Jasinski (right). According to the indictment, McDonald was involved in the alleged drug ring from April 2008 to October 2009.

As we previously reported, Jasinski was arrested in October 2009 after cops say he used his $500,000 Big Brother winnings to fund a large oxycodone distribution ring.

If convicted of the drug charge, McDonald faces up to 20 years in prison and a $1 million fine.

For the full article: TMZ.com

Wasn’t this guy saying he was going to use the money for a Children’s Charity?

Ya.. he said he was going to help out his autism foundation and start a clothing line. Can’t remember what the clothing line was called had something to do with “girl on girl” … ?

OMG !
OMG it got worse {Matt McDonald “Matty” & Adam Jasinski
Busted On Drug Dealing / Running A Drug Ring With BB Winner
Adam & MATTY OMG…
Wow! Shocker :Adam, Russell Hantz:{Survivor }and now Matty,
whats next? OOOOOOPPPPPPPSSSSSSSS OMG
This is a PATHEDIC Peice of trash, Evil hiding behind that pretty boy face.
It looks like after he get his girl friend PG then can’t take the stress.

Pretty boy with no brains & No respect of a woman specially
a PG woman. The fact that he thinks its OK to hit/kick/punch
a Woman at all leave us to question what his childhood was like
and who he seen do this crap…
OMG !
OMG it got worse {Matt McDonald “Matty” & Adam Jasinski
Busted On Drug Dealing / Running A Drug Ring With BB Winner
Adam & MATTY OMG…

im a little bit behind on the times….. but WOW this is crazy!