2:25pm In the have not room are Britney and Monet talking about what will happen with the replacement nominee when Britney uses the POV. Monet asks Britney if Andrew goes up, if there’s a chance she will stay? Britney says that they can see if they can get the votes. Monet and Britney wonder how Rachel can’t see that Kristin’s only friends with her this week because she is head of household. Britney says that if Monet goes home, she doesn’t want to stay since no one will talk to her.


Hayden, Kathy, Brendon, Rachel, Ragan, and Enzo are in the backyard talking about the education system in America. Brendon says from his experiences substitute teaching the education is too geared toward testing. Brendon says that in California they spend the whole year preparing students to pass the high school exit exam. Kathy asks Brendon if teachers get to keep their jobs based on how many students pass the test. Brendon says yes. Brendon says that a test does not show the whole story of student potential, that it is only useful as a gauge. Brendon says that some kids are oral learners. They focus so much on testing these days. Brendon says that testing won’t help some of the kids that have trouble with written tests. Brendon thinks kids with learning disabilities get lost in the crowd, with expanding class sizes, especially when they aren’t athletes who can get extra help.  Lane says that he was able to take tests orally due to a learning disability. Hayden says that athletes have some ridiculous advantages.

Rachel says that she thinks some kids just don’t want to learn. Brendon says that it is because they have shitty home lives and you want to keep them off the streets. Brendon says that the key is to find a way to keep troubled kids involved in school. Rachel says that there is a high dropout rate in Nevada, because there is more of an emphasis on earning money at the casino than education. Ragan says that schools are too focused on grades instead of building a students skills. Rachel says in school they don’t talk about the job market or real life skills enough to make student successful once they are finished. 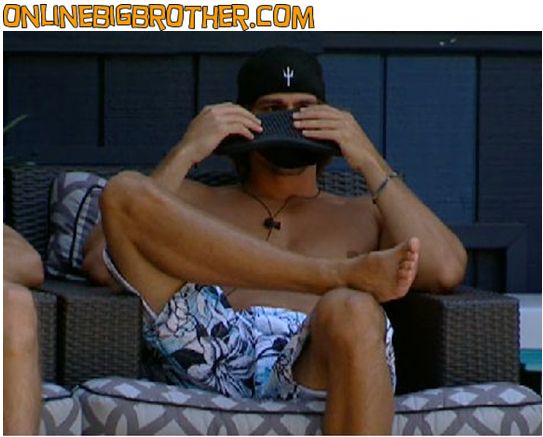 Ragan says that in California there are so many students that have to work when they go to school, compared to other places where it’s harder. Ragan says that corporations are funding the university system now instead of it coming from public funding which is a problem. Brendon says that they need to focus on education. Rachel says all the other countries in the world, like Japan, China, Europe, are investing in education where as we are cutting back. Ragan says that he thinks they need major campaign finance reform. Brendon says lobbyists need to go away and are overpaid. Enzo says that it’s the freaking mafia. Rachel says even universities are training people with liberal arts, communication degrees, but not science or mathematics. Rachel says it’s rare for females to come out with degrees in those fields. Rachel says it’s scary; they’re not going to have scientists in 10 years. Brendon says that he was offered him a teaching job that paid $26,000 a year. Brendon said that’s ridiculous and that they should be paid more money than that.

3:15pm Lane and Ragan are in the pool talking. Ragan asks Lane if his favorite actress is Jessica Tandy because he has an old woman fetish. Lane says that he does like older women. Ragan says that Lane likes the reality show Keeping up with the Kardashians because he likes keeping up with women’s fashions. Lane says that’s right I do. Lane asks if she’s married and if he should call her when I get out of here? Ragan asks Lane if his friends are having viewing parties? Lane says yeah. Lane asks Ragan so you’re a teacher right? Ragan says yes. Lane then asks Ragan how much wood could a woodchuck chuck if a woodchuck could chuck wood? Ragan says a small desk.

3:45pm – 4pm Enzo, Matt, Monet, and Andrew are in the lounge room talking about random stuff. Britney says that she is really depressed today .. because she misses her family and she is major PMS’ing. Enzo says its because she can take herself off the block now and before you thought you were going home. Britney joking says that she will use the POV on Monet. Monet laughs. Ezno says that it is only 3 months of their life and that they will look back on it. Enzo says that in some sick way they will all miss it. Monet says Annie didnt do much to sabotage the game. Enzo thinks she had the most fun the first week, how fun would it be to run around doing stuff. Matt think Big Brother helped her and maybe even some of it was done by production. Matt comes in and tells them that the washing machine is broken again. Enzo says that he doesn’t care, he doesn’t wash clothes. Britney says EWWw.. do you shower? Enzo says yeah.. Enzo then farts. They all say ewww.. Enzo says what it doesnt smell. Andrew says because its your own deodorant. Britney says hers dont sound like that …that the twice a year she does that … they are nothing like that. Enzo says you fart. Britney says they’re not called that they’re called angel whispers. Enzo I dont think angels whisper like that…

“Brendon says that hopefully America doesn’t think he is a sissy after last night.”

kathy
Reply to  ILL WILL

lilrred
Reply to  ILL WILL

I have to beg to differ with you, I think it’s the other way around. Watching After Dark….Brendon is a phony. Some of the crap he feeds her about the way he feels. I need a shovel. sorry :(

Maybe Kathy & Britney are lifelong friends (ie: Mom and daughter) they are both from Arkansas right? And Monet and Matt both from ILL so maybe those two? hhmmm or was the Sab (Annie) just saying that to throw them off? hhhmmm (pondering) : )

Could Brittney be any more of a witch!!!

I am hating Monet and Britney much more now after watching the CBS show tonight. They are the typical cast of “Mean Girls”. I would hate to be around them at any time in the day. What bitches!!

That was a ploy by Annie to cause confusion in the house directed by production. There are no life long friends in the house. Im watching the nomination ceremony right now and my opinions of Rachel haven’t changed. Brendon needs to find a new ally cause this girl will be your downfall. Maybe Bitchney us right…

Hayden needs some volume control in the diary room. Dude calm down you don’t have to yell.

I was saying the same thing when I was watching it. He screams the whole time he is in the diary room.

OMG, soooooo true! I can’t stand to see him in the DR.

Man, I have not even picked someone I want to win yet, they are all quite annoying in their own way.

Britney I would like to strangle, she is a typical two faced lying biotch princess.

Kristen, she speaks, finally. I think her and Hayden are twins, add the shaggy mop to her picture and you have Hayden.

Hayden, is a dope and afraid of Brendon.

Brendon is sickening, no way he could have that deep of feelings for someone in a week and if he does, then he is a bigger idiot than I am guessing he is.

Rachel, her laugh is like chalk on a blackboard, her hair color does no justice to her sloping profile.
Then again, who is looking at her face.

Lane, a little personality and I might like him to win, but he is too laid back. The down home goober act has to go.

Kathy, OMG! What a poor excuse for a deputy sheriff, I bet after seeing this all the criminals are going to move to her city lol

Reagan, He is starting to show some life, but before now he was basically a coach potato like britney, monet, Kristen and Kathy.

Last but not least, I can not take much more of this azz, his wise guy demeanor, and his cocky stupidity, is making me ill,.

So far after dark has been so boring, all they do is lay on the couch and talk about how they are gonna run things, lol

I hope they pull their azzes off the couch long enough to participate or the show will be over and they won’t know it .

I want some damn action !

I wanted to add, that those of you without after dark , you seen multiple times Britney and Monet, saying how Brendon and Rachel are definitely going up if they win HOH.

They are snide and cocky about it too, as a spoiled lying too faced princess would be, but if you could have seen them cry like babies in front of Rachel in the HOH room after their nominations, you would have laughed your azz off.

Then as soon as Britney won POV, back to her cocky, lying biotchy ways.

The 2 people I really can’t stand so far, is Britney and Enoz

I hope she puts Enoz up I really do, at least 1 of the skanks will be gone !