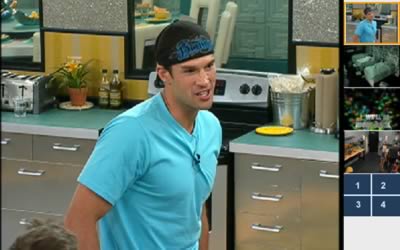 4:55pm Kitchen Brendon and Matt. Brendon was certain he was going home this week, he says it was obvious because of the way everyone acted. They go back and forth about how everyone treats Brendon Differently because now he’s safe. Brendon says he has a degree in Physics and Rachel has a degree in Chemistry… Matt calls it a “Hot Science Love Affair” 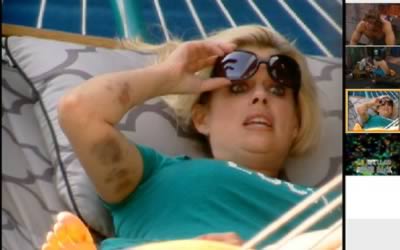 Enzo and Kathy Kathy is worried she’s a target there has been rumors that she’s going up. Enzo tells her not to worry she’s not a target. He tries to bring up dirt about Annie saying that she’s going around telling sotires that are fake. Kathy agrees she tells him a story Annie was telling the girls last night. “Apparently Annie weighed 170lbs last year” Enzo calls bullshit on that. He says Her body is way to firm to have lost that amount of weight. Kathy points out the lack of stretch marks on Annie’s body. They both count the “Alliances” that Annie has been making with people. They get to 4. Enzo really wants Annie gone he tells Kathy that next week when he wins HOH he’s going to backdoor her. He thinks the only way to get rid of these people early on is to backdoor them cause they’re not going to the jurors house… Kathy just nodes when Enzo tells her about all his backdoor plans. 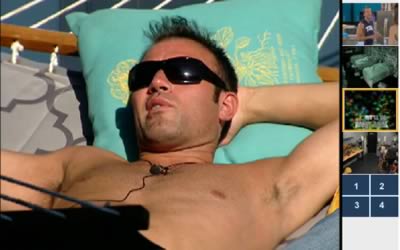 5:25pm HOH Hayden and Matt Hayden lays out his plans to put Kathy up as a pawn and take out Rachel. 5:40pm Later Matt and Enzo meet in the HOH room. Enzo is telling him that putting Kathy up as a pawn is dangerous he thinks she’ll go home and then they’ve wasted a eviction on someone they can trust. Enzo suggests Annie. Matt is convinced that Annie is the right choice, He’s just worried that Hayden won’t go for it. Enzo tells him not to worry Hayden will fall in line. Enzo believes that Hayden may be scared to put Annie up cause it places the target bigger on his back. Matt doens’t know what Hayden has planned he seems dead set on keeping Annie this week. Enzo says they need to keep Monet in the house as long as they can becuase she can be trusted.

6:10pm HOH Enzo, Hayden and Matt Talking about Backdooring Annie… (More to come this was a fast paced conversation)

I hope Enzo feels the heat a bit, as a possible choice to up on the block (not this week, probably next one). He really needs to cool his jets

Hey there Simon. I’m commentating from the East Coast and it is still July 9th over here. Just wondering why it says July 10th at the top of the post. It’s a little confusing to tell you the truth. Also, I made a comment earlier in the day and couldn’t find it anywhere. Was my comment posted? Anyhow I love this site. Since I don’t have Showtime anymore, I’m relying on this site to stay on top of what’s going on in the BB house. Thanks!

The date on the site is all messed up I tried to fix it last night and the site crashed .. Sorry about the confusion i’ll try and fix it tonight.

I hate enzo hes to cocky…I mean hes already planning ideas on whos going in the future weeks??? a little to cocky and confident.