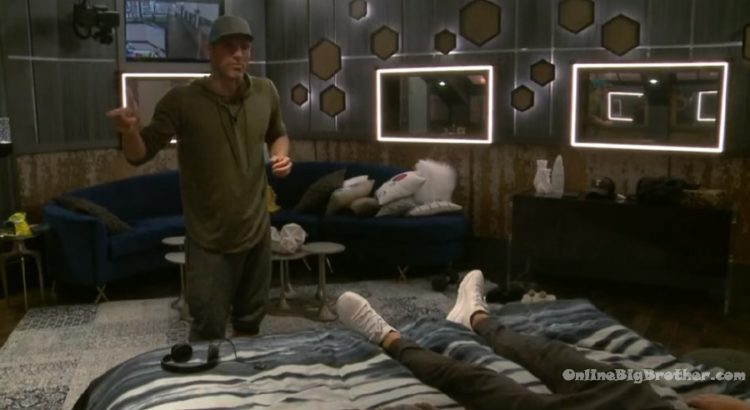 8:30pm HOH room. Enzo and Cody
Enzo – I was like you and me .. if we win HOH what are we doing? He was like I would put up Christmas and Nicole.. And I was like I don’t know about that YO! I was like I don’t know YO! Alright we’ll do that then. I would put up Memphis and Christmas. Cody – yeah. Enzo – do you trust if you’re on the block with F**king Christmas? That’s his number .. he knows that Christmas is taking him (Memphis) to the final 2. He is not going to cut her over you. Cody – but here is the thing if I am on the block next to Christmas .. he is beat. I doesn’t matter. 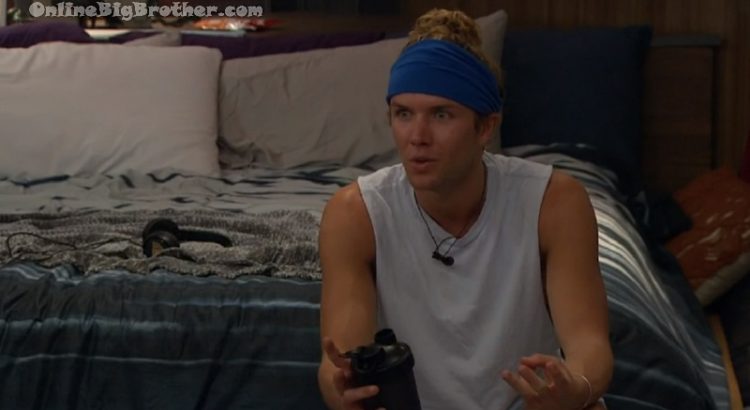 3:45 pm Cody and Tyler
Tyler – I’ve talked to Nicole and Memphis about their votes. Memphis told me he’s voting me out. He said he wants to..
Tyler – I don’t want to tell Nicole or Enzo this he said he’s scared of me and wants to have weaker players in here.
Tyler – He said he wants to have Enzo, Nicole, and Christmas in here to go after you. He didn’t say that verbatim but he said he’s trying to knock out the strong players so he can win easily
Tyler – I don’t know why he’s being so honest with me.. he said 99% voting me out
Tyler – Nicole said as long as you and Enzo want her to keep me she’ll do that so she doesn’t piss you guys off. Have you talk to her about it? 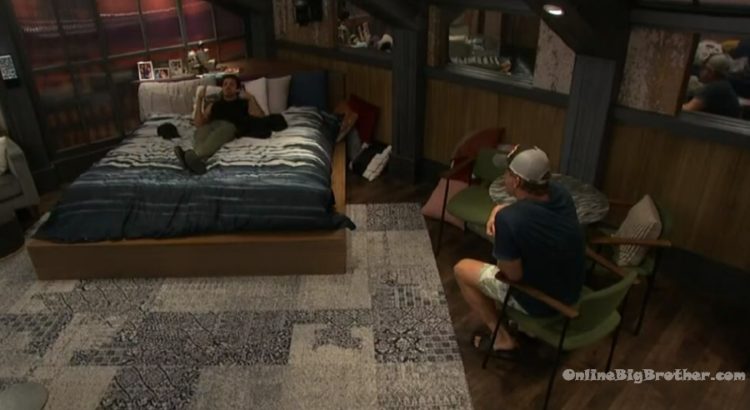 10pm HOH room. Cody and Memphis.
Memphis – honestly like we’re in such a good spot. Cody – yeah we’re in such a good spot but I’m trying to think like if Christmas wins like it could be like something could get f**ked up! Memphis – the only thing that could get f**ked up is if Christmas wins and Nicole.. Cody – comes off.. Memphis – wins the veto. Cody – that’s all I’m worried about. Memphis – that is the only situation that could end up bad. Cody – but that is all I am thinking about at this point because like Thursday hasn’t happened yet and I’m kind of like alright.. We already know how the week is going to play out. It almost like kind of sucks! In a sense because I am like oh god dude just get me to Thursday!