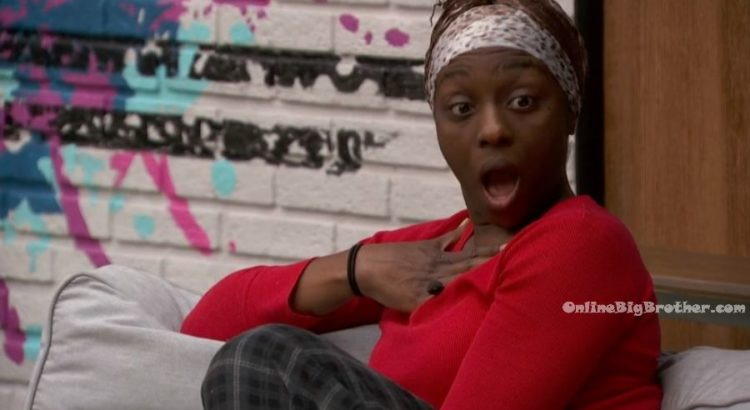 6:03pm Havenot room. Day, Bay and Tyler.
Tyler – I wanted to talk to you guys to let you know what is going through my head. He studders and then rubs his eyes. I want to apologize and say thank you I guess. I have been struggling in this game and I feel like I was kind of starting to self sabotage just a little bit. Big Brother blocks the feeds. Tyler – I had a feeling like it was going to come back around and then when it didn’t I felt so guilty because I knew that meant like that you guys didn’t really trust me.. a little bit you know. I appreciated that. 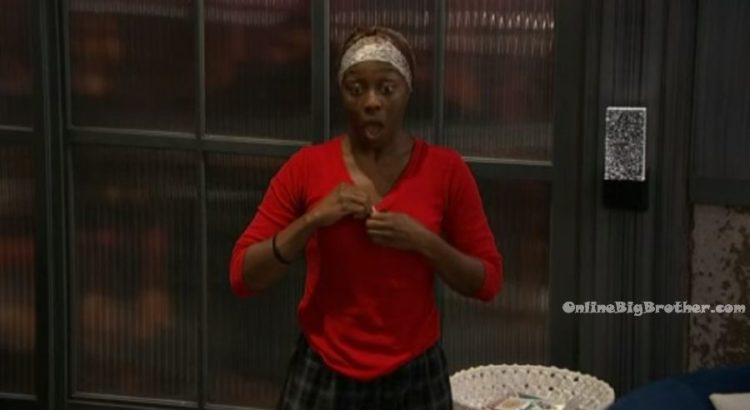 4:25pm HOH room. Day and Bay.
Bay tells Day about her conversation with Christmas. I had two talks today .. one long one with Christmas and the more and more I converse with her .. the more disappointed I am. Day – what happened? Bay – Nothing, there was no emotions or anything. She did the typical .. my job is done.. I don’t want anything to do with anything else moving forward. I don’t have a preference. You were just a pair that had to go.
Day is shocked (See photo below) – She was cut and dry like that? Bay – yeah and then in the sweetest possible way I broke it down to her. I said its five weeks into the game and there is no one that has talked game with you? 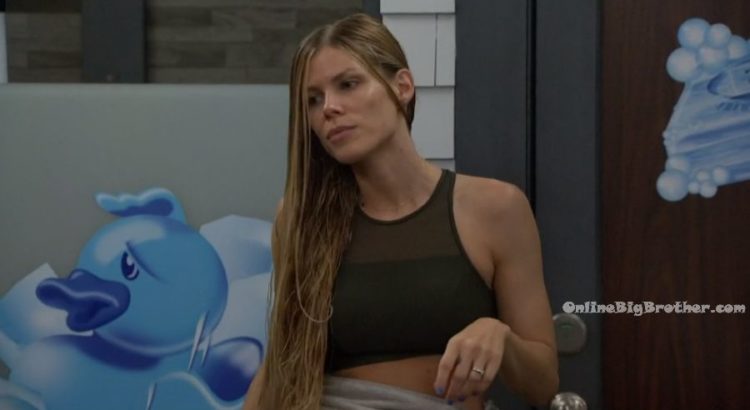 12:48pm Bathroom. Dani and Day.
Day – If I am doing the math correctly .. she would only have Cody, Enzo.. Dani – no Enzo is like .. I don’t know. Day – Cody, poss Enzo and David. Kevin. Dani – and Nicole told me that she talked to Memphis and he wants you to stay but its only freakin Sunday. All we need is one more. That’s it. Day – I know. Dani – Stop saying there won’t be a battle back because I’ve been talking to Cody and saying that sending out Bay would be better to battle Janelle. So stop saying that. Day – Okay. Dani – If Thursday is a double we need to plan ahead to figure out how we can get the votes to get Tyler out. We need to figure out a solidified plan to get him the hell out of here. 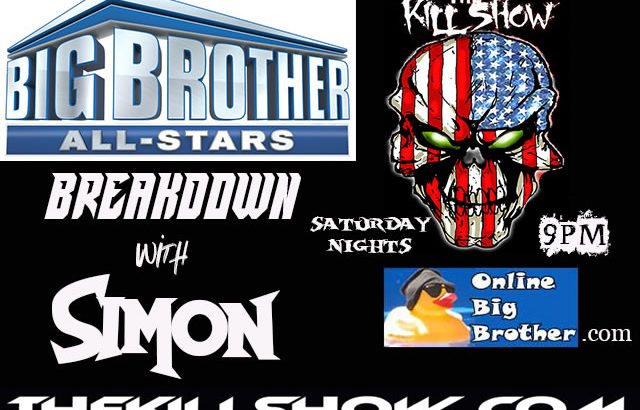