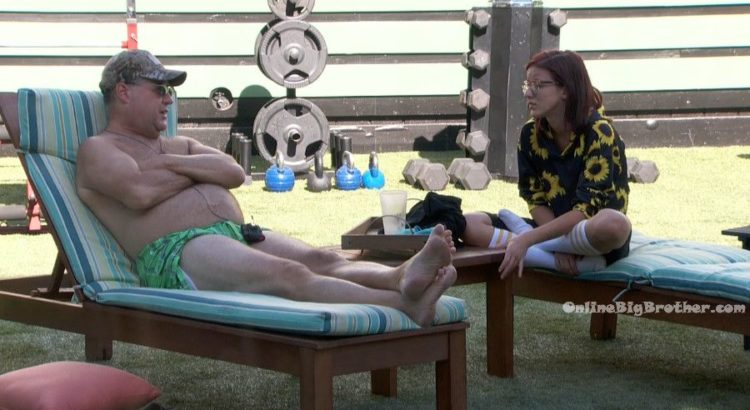 4pm Nicole, Cliff and Tommy are talking about books and movies.
Cliff says he doesn’t like the slasher, torture p*rn movies. Cliff tells Tommy that he is glad he is here. Tommy heads inside. Nicole – I am stressed Cliff. Cliff – I am too. I’ve been going back and forth. There is a part of me that is playing with it but part of me says we have a few days. Nicole – I know I couldn’t sleep last night. Cliff – This morning I was thinking why wouldn’t we go with Tommy? That gives us better odds of making it to final 3. But even though there is less odds of us making it to the final 3 with Holly .. I feel like our chances are better beating them in the final 3. I just don’t know. Nicole – my argument is if its the four of us regardless it will be 2 v 2 next week. 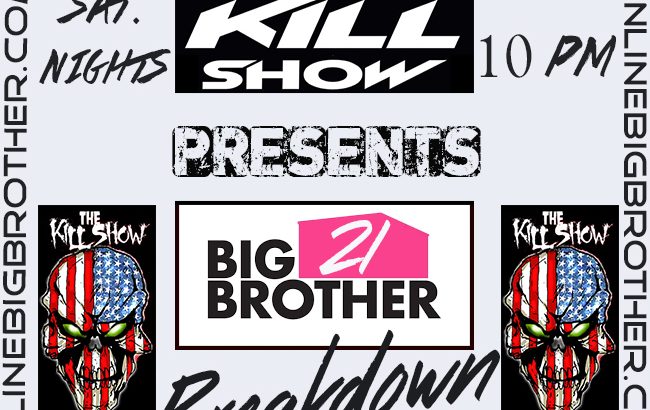 Ken and Simon are back for Big Brother 21 Breakdown. Check it out on soundcloud or on Kill Show 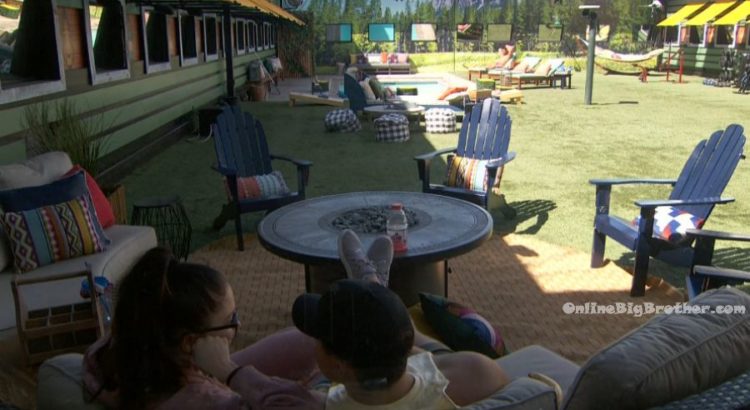 2:20pm Backyard. Holly and Jackson.
Jackson – what are you thinking about? Holly – like if Tommy will campaign against me and how he will do it. Jackson – he will. Holly – I wonder what he will say, you know? Jackson – I think he will say about splitting you and I up. You know. Holly – MMMhhhmm. Jackson – and then if he won he would take the other one (me) out. Holly – but it doesn’t even matter, it all comes down to the veto. It doesn’t even really matter. Jackson – I know but if it is 3 v 1, better chances than 2 v 2. But they’re not going to do it. I trust them. They’re good folks. I truly trust them. Holly – yeah. I am going to make a campaign brunch. Jackson – I am so nervous for next week. In a good way though. 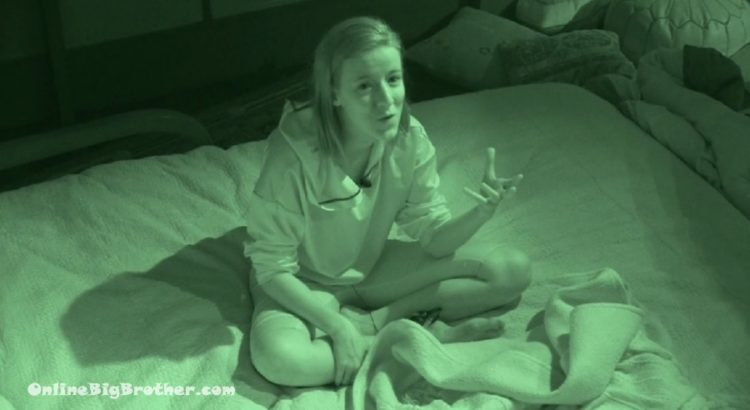 12:55 am Cliff and Nicole
Nicole says Tommy wants to campaign “it’s tough cause I kinda agree with his plan. I fear the two of them together. that’s a done deal”
N – Tommy was telling me If I stay my goal will be to get Michie out next. he goes he shouldn’t be in the final 3 none of us will win against him.
Nicole – there’s 2 duos and a single person. I won the POV I take you down. me and You are the only two votes so we do have the possibility of breaking the other duo and we’ll be the last duo against to singulars.
C – okay well, we’ll think about it
Nicole brings up seeing Jackson look at Tommy after the veto in a suspicious way “I wonder if they were going to take the shot first because they could have voted you out”