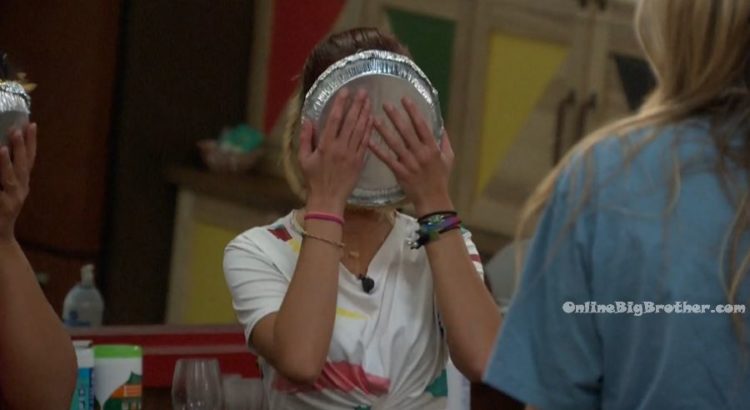 8pm Bedroom. Jackson gets called to the diary room. Holly – oh.. relevant… by association. The other house guests laugh. Jackson – guess who can’t compete next week! Jess tells a fascinating story about her friends wanting to order McD’s in Spanish. Jess – I am so nervous! Christie – why are you nervous? Tommy – for your punishment? Jess – yeah. Tommy – it will annoying for sure but you will get through it. Cliff – and there will be two other people right there with you. I don’t know if it will be tailor made for each of us. Tommy – between the pranks and the three punishments .. its going to be a lot of stuff going on this week. Jess – you would think it would because at eight things start to get really boring. 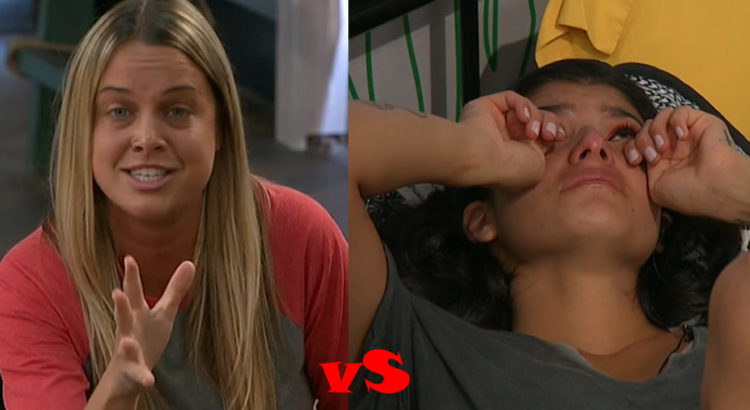 Every week we get so close to Christie being evicted, This was the closest yet. I truly thought this was going to be the week. At least there will be no lack of funny faces in posts to come and plenty of CHOMPING.

Last week ended with Kat being evicted. Jackson went on to win the Slip n Slide Head of Household competition. From the moment he won the HOH it was clear Christie was going to be nominated and he wanted her out. Jackson spent considerable time talking to the other players securing the votes to evict Christie. It’s no surprise he ends up nominating her with Sis. The power of Veto is played and Jackson pulls out the win . Jackson doesn’t take Christie’s deal. He does not use the veto keeping Christie/Sis on the block. 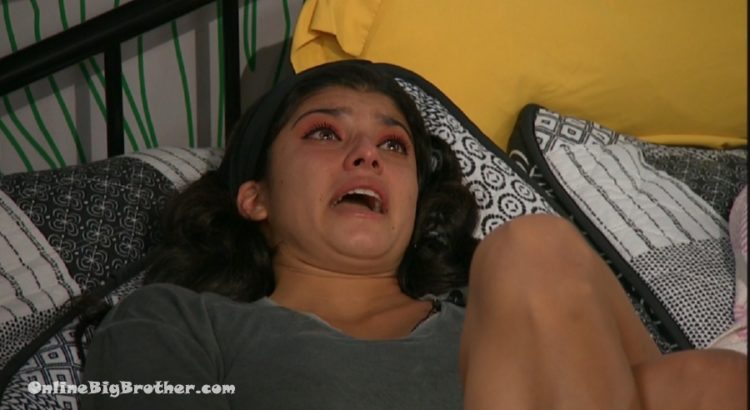 2:28 pm Sis and Christie
Christie blames it on Nick says Sis’ frustrations should be direct to him or Michie
Sis – he’s so f*ing annoying I understand why America f*ing hates him (LOL weren’t you also on the field trip)
Sis – like oh my god
Sis – I’m not mad at you
Christie cries “I’m so upset … I’m crushed. I’m mad at Nick Yeah I’m f*ing mad at Michie I’m so pissed”
Sis – yeah I wish you never made a deal with him
Christie – what would have been my choice I had no choice.
Sis – he’s just a bullshitter talker. I hope you f*ing beat him
Christie – I am devastated and I hate this. I am really really sorry it’s me and you.
Christie says she never told Michie the things Sis said. “I never told Michie anything we said in private.. to be honest, Michie was my target whatever was said I said it too”