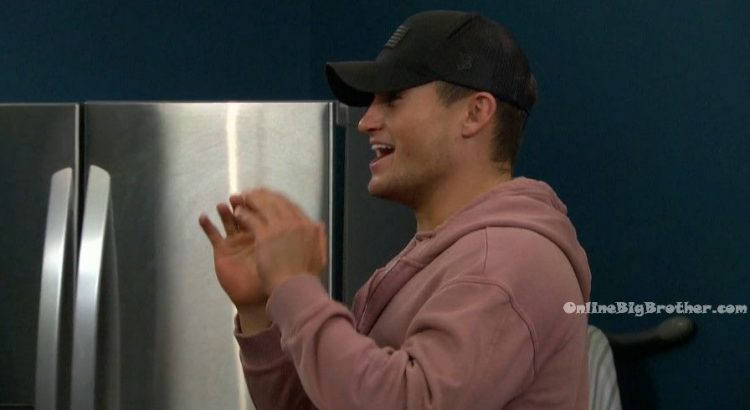 8pm HOH room. Kat, Jackson and Holly. Kat – honestly I am trying to walk on eggshells around Christie because she flips so much. I am just afraid that she might flip based on whatever is heard. Holly – No, it doesn’t matter because she is gungho wants Sam out because he has the key to her closet full of skeletons. Kat – obviously she is screwed no matter what because he is going to give some kind of hail mary speech. Holly – He’s not. He wants to go out with class. He is going to only tell a couple people the secrets that he’s holding and leave it at that. Kat – Wow, should I do a hail mary speech? Jackson – NO! Holly – no, you’re not going anywhere. 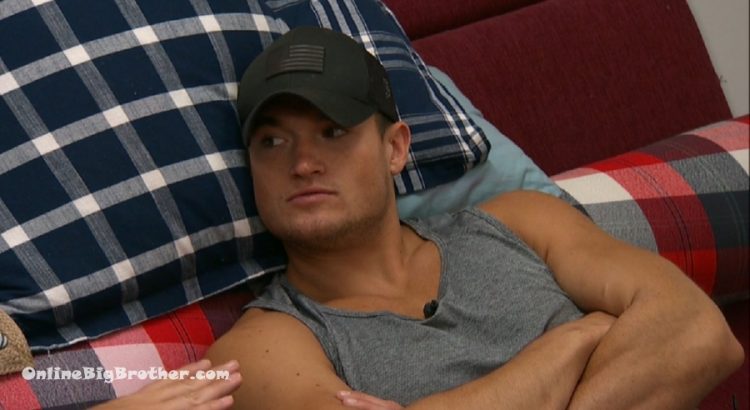 1:49 pm sam and Jackson
Sam has been doing the rounds campaigning to everyone.
Sam tells Jackson that he likes him. Jackson says he likes Sam
Sam – I do like your game .. you have a very good social game and a good social game without even talking much
Sam – I can’t offer you much you’re really good now .. but in the future numbers get tight 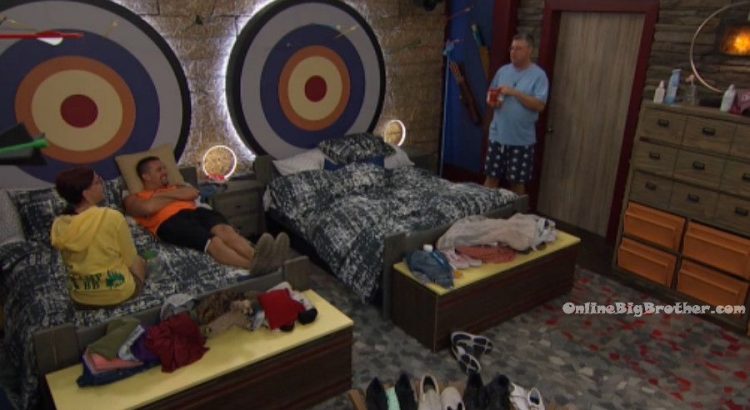 9:05pm Backyard. Sam and Nicole playing pool. Sam – I said in there that I was going to give a savage speech but now I don’t think I will. Meanwhile, Christie and Sis devise a plan to play a prank on Jackson. Telling him that someone told Cliff that Michie stole Orwell the Owl which ended up costing Cliff 15K. Jackson – why am I?! NO! This is a prank! Christie – no its not. Jackson – it is. Sis – just go talk to him.. I don’t know. Jackson points at Christie laughing and says you’re cracking. Holly – its a prank. Its for sure a prank. Jackson – good job! This isn’t real! Y’alls poker faces are cracking.