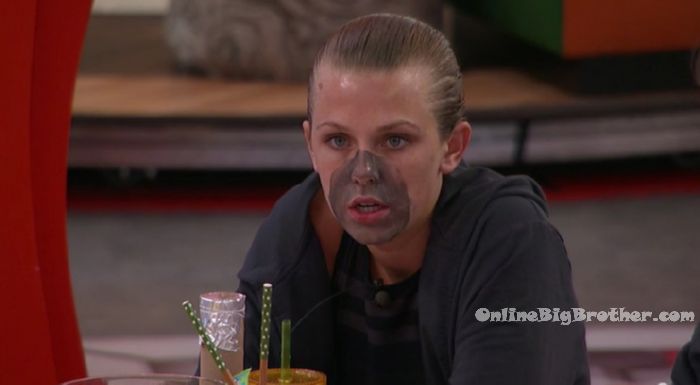 8:25pm Bedroom. Kaycee and Haleigh. Kaycee – how are you feeling about that? Haleigh – I don’t know. Kaycee – you should be good. Haleigh – I’ve already had people come to me like Brett and JC. Kaycee – about what? Haleigh – about if it stays the same I am good. Its literally a repeat of last week. Kaycee – you just have to keep your mouth shut. Haleigh – I’m not saying anything. The only thing that could f**k me up is her (Sam). She is pushing me so f**king hard. Kaycee – just (gestures keep your mouth shut), even with Scottie. Haleigh – I know. 100%! Kaycee – thats the last thing you need. Don’t say sh*t to him. They talk about how immature Fes is. 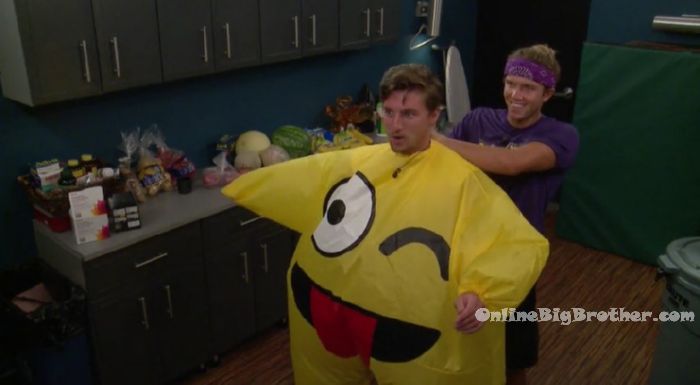 Bedroom. Haleigh and Angela. Haleigh – f**k dude!! When I sat down I got dizzy. Brett joins them. Brett to Haleigh – you were doing good. Yours was slippery as f**k. I was watching you. Haliegh – I really think they hit me as hard as they could with the pie. The greased up my lane. Just kidding. Brett – she (Sam) was like can you turn the water on again. Haliegh – she’s just a f**king b***h. I stopped talking to her the last 3 days. F**K dude! Angela – you’re fine! You’re going to be okay! Haleigh – I should just go f**k myself!!! Like why am I even here. Kaycee joins them. Brett – I think the technique for that was to start with the biggest balls first. 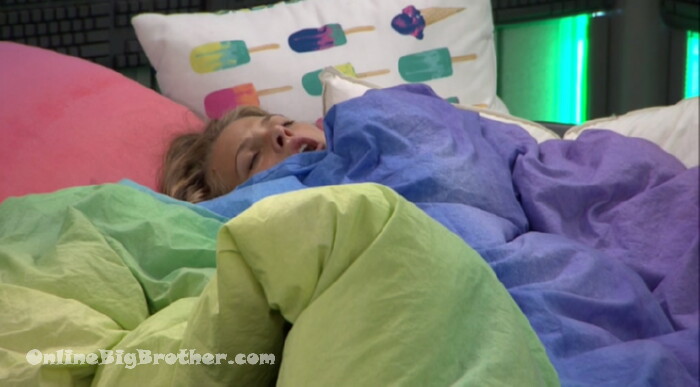 10:28am Kaycee, Angela and HAlegih
Halegih – this veto pick didn’t go great..
Angela – I know I wanted to get pick..
Kaycee says she’s going to get some nausea medication she thought she was feeling better this morning but she’s not sure now..
Halegih – I need to win this veto…
Angela – I want you to win .. you got nothing to worry about stay calm and have fun
Halegih – I can’t beat Scottie or Tyler
Kaycee – it could be anything it might be something you are good at