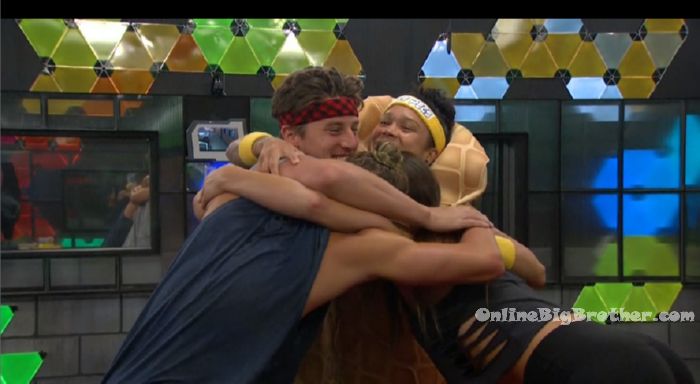 8:02pm The live feeds return from being blocked. Havenot room – Bay and Scottie. Bay – when he won the veto I told him not to use it. So if I had a plan to backdoor Angela or anybody why would I tell him not to use it? So now I am just really confused and my feelings were obviously hurt as you could see… and I don’t even know how to think or do anything. Scottie – I have literally been living off of guessing. Bay – I don’t even want to guess. Rockstar and I are up against each other and I don’t even want to campaign. 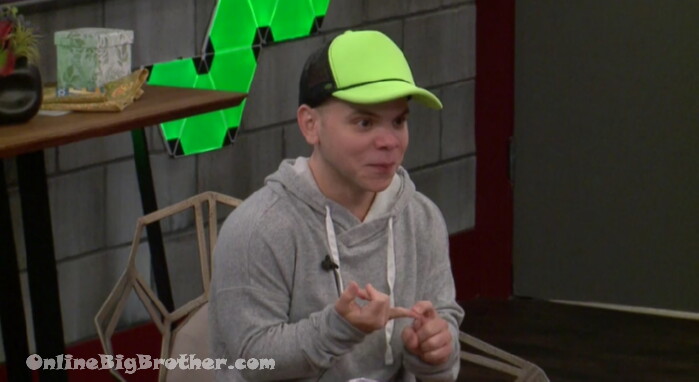 3:22pm JC comes in..
Angela says haleigh just put a HUGE target on her back.
Jc – ok … really quick update.
JC – wheres the peanut
T – DR
JC says Bayleigh is going to go around the house and fight for votes talking to people personally.
JC says him and Fes were laughing at ROCKS because she was counting the votes for Bayleigh in front of them
JC – I looked fes.. are you kidding me right now.. what kinda stupid b1tch are you
JC – fes told me he thinks he has Brett’s vote
A – no way in hell, I’ll make sure that doesn’t happen 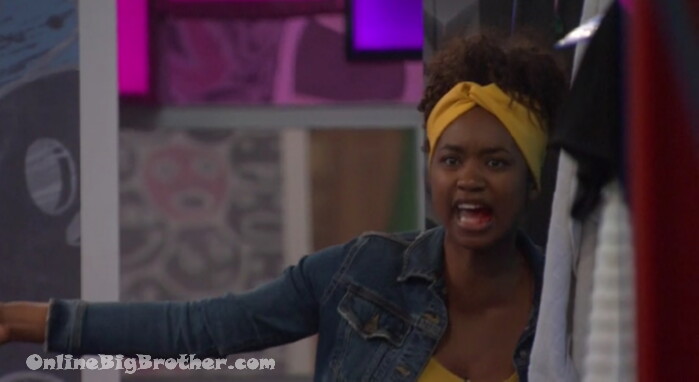 H – guys I’m going to start out with I love everyone in this room
H – there’s several people in this room that owe bayleigh an apology including myself.. LAst Thursday I won the hacker competition
H – Tyler I didn’t put you up for personal reasons when Kailtyn was in this game she told me several comments that there isn’t one person that would put you up in this house
H – So that combined with your 4 comp wins makes you a choice
H – Angela – I never wanted to steal you power, never wanted to take something away from you.. I had a chance to make a move so I took it.