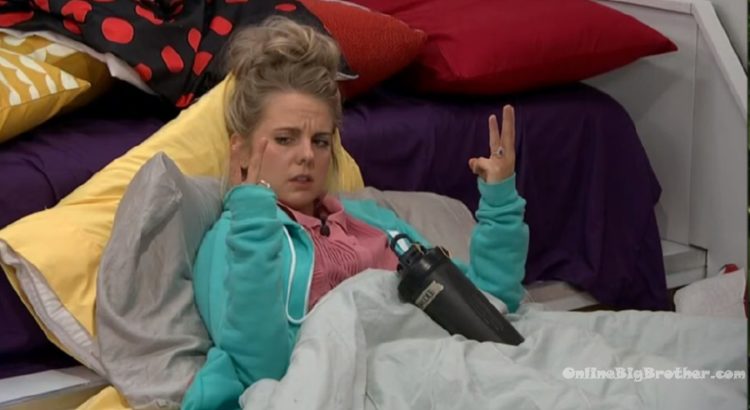 5:45pm Kitchen. Nicole and Cody.
Cody – is Christmas livid? Nicole – She won’t speak to anyone. She just made a sandwich. She sat there, studied and took pop and stuff and now went into your guys room and she is just going to sit there and study. Cody – she grabbed the bible. Nicole – oh did she. She was sitting like this .. the whole time. I just watched. I asked if she was okay and she said yes. That was it. Cody – oh boy! Nicole – was she just blindsided then? Cody – I don’t know, Enzo said that she wanted to know that she was going to go up. Nicole – and he didn’t tell her? Cody – and I guess he didn’t tell her. Nicole – Geezzz louise! She is just going to make it look like she is doing other things but she is just going to study. 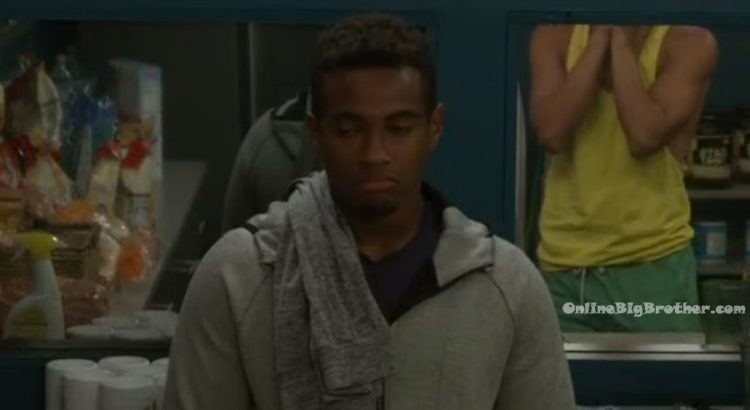 6:50pm Storage room. Kevin, DaVonne and David.
Kevin – I knew it even before he said it because he looked dead at you. David – I’ve been seeing it all week. I knew it .. come on. Kevin – you can turn this around. I was at a low .. you can turn this around. David – I knew it when he said you can be a havenot. You know .. the comment he said there .. I’m not even upset. I am just angry at those two word he chose. DaVonne – yeah. Kevin – you can win and not even have to campaign against. David – that’s what I’m going to do.