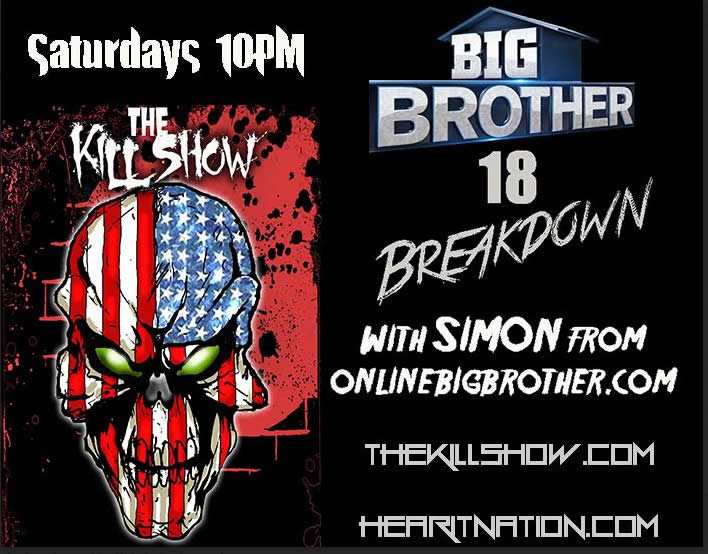 THE KILL show is OFF tomorrow but we still have #BB18 Breakdown with @simononlineBB from @bigbspoilers playing NOW!