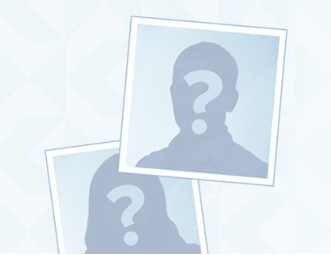 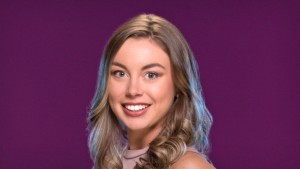 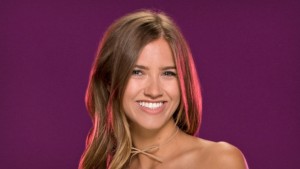 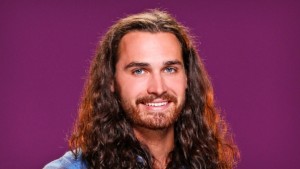 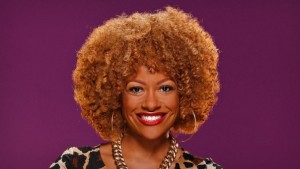 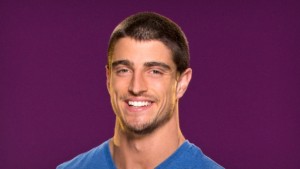 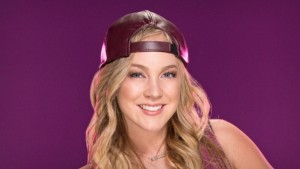 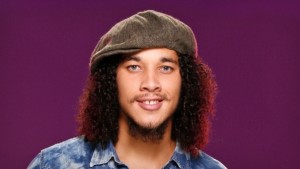 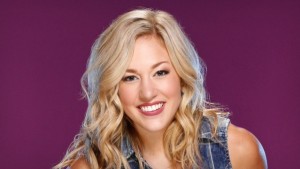 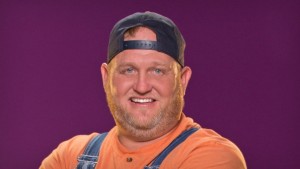 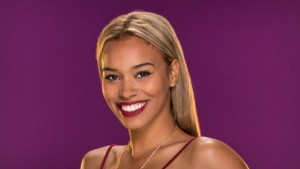 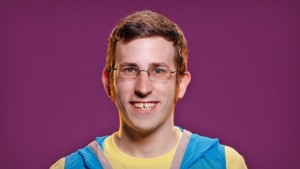 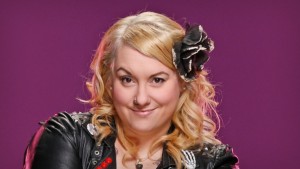 Today CBS released the all new cast for Big Brother Over The Top fall edition. You get to choose the final house guest by voting online for either Jason or Jozea. The season is the first of its kind to be entirely on the live feeds without any weekly episodes broadcast on TV.

Weekly Episode + Live Eviction
Didn’t catch every outrageous second on the Live Feeds?
You’re in luck – full-length episodes with live evictions are
available every Wednesday at 10PM ET/7PM PT!
Or watch on demand the next day.

But with Jesus’ hair.

Danielle reminder me of Zakiyah. Please not again!!

Once I saw the occupation… Here we go again ;)

Trust me, she’s really not

Who let Meghan Trainor in the house?!?!

So.... Shane wants to be in a showmance

I can see that already.

Anonymous
Reply to  So.... Shane wants to be in a showmance

I can’t get the image of Austin out of my head when I look at Shane. Ekk

Wouldn’t be surprised. They make try to rig it for Jason or Jozea. You just never know

Rig it for Dawg
Reply to  Chessie_K

I hope Dawg wins, 10 seasons in a row and no luck.

Yet Another Hillary Lie
Reply to  Rig it for Dawg

how much is the grand prize?

When do they announce the online viewer vote winner?

It looks like there must be a fan of the Obama Team Incompetence administration here. LOL.

I wonder who the douche will be this season.

Monte. his Bio says, “I did not like Enzo Palumbo. “I suppose my Southern influence made me not like a Jersey guy. “

I think it was a joke about his last name.

But there are two sisters in there!?

Yeah, I thought they were twins at first and we were going to have to endure another twins twist. But, no they are just sisters. Who knows? They may make a twist of it after all considering the male to female ratio is off.

The ratio isn’t off, Jason or Jose are coming back……. cmon dude

Rooting for Monte. I’m from Memphis Tennessee. Olive Branch is just across the state line pretty much a neighboring city. (Kinda like how I rolled with Frank bcuz he’s just across the Mississippi from us in Marion Arkansas) Just hope he ends up being a cool dude if not then I’ll have to roll with someone else

Nothing new.a bunch of 20 something fame whores. I pass.

You’ll be here forever typing out Whitney’s dialogue. She takes a half hour to say one sentence. lol

I like all the houseguests based off that one short video. It’s always interesting to see their real personalities come out later on. I just hate how this is such an experiment for CBS. I will never agree with America voting on who gets evicted. Right away that only makes it a popularity contest. And I think the HOH should always be safe no matter what. Those are my two things. Anyway….bring it!

Can you watch bb ott through chrome cast . Iam going through vpn express but when I try to download the app it won’t let me . Any help would be appreciated

IF you are using a VPN you may not be able to cast unless your entire network is on a VPN.

First of all, there are 7 girls and 5 guys. Jason or Jozea would be 6, so I feel like there is a twist ugh.
Secondly, whats with so many blondes lol
Not sure how I feel about this cast, but trying to be optimistic.

Looks like they saved the diversity for the Internet version lol

Says on Twitter there are two guys on there that say they’re interested in having a guy to guy showmance? trying to figure out which two that would be. I’m guessing not cornbread lol

One of the two is Jason or Jozea.

Yet Another Hillary Lie
Reply to  Wow

These girls are very pretty.

Since everything is live, including DR snd Comps, maybe there won’t be any production interference. We will see

So there are only 13 houseguests? 12 here plus Jason or Jozea (hopefully NOT Jozea). Monte looks like Calebs brother.

I hate them already.

Who goes, who stays, YOU decide..

This is how the Brits’ BB show is based on. Gonna be interesting to see how “real” the public voting is.

Well, I like how they started to feature each guest’s self intro. It sorta give us an idea of their expectation(s), if any, that that it really matters.

I sorta worry for Cornbread a lil, he admitted himself he might not be winning comps, maybe cos he’s kinda heavy set, but we’ll see.

If he interacts well with these kids, maybe they won’t be voting him out in the initial stages.

I am a lil more enthusiastic about watching this than watching the returning of the vets last season, TBH.

Thanks so much for updating n such .. XOXOXO

Excited! Thanks for giving the blow by blow Simon & Dawg!

Looks more like the cast from Saved by the bell

Appears BB refuses to move away from the usual 20 somethings , showmances , and probably relatives from past seasons

Not the start i was hoping for

i have a question

S or D do you guys know if the daily recap episodes will also be on demand to watch anytime like the weekly episode? or if the dairy sessions will be on demand or will we be able to rewind to watch them like normal feeds? Thanks

Dawg(@dawg)
Reply to  i have a question

Yes the episodes will be on demand but not until the following day.

Guy From Canada
Reply to  Dawg

On demand in Canada as well?

I like Justin singing boy Shane I think he’s good people and the sisters Alex and Morgan (just cause they r sisters) more than half I’m annoyed by already!!
I suck at this my favs from the meet for bb18 where brig, Paulie, tiff, Paul and of course Frank when he entered (4 the win)
My first week vote is Joza or Jason
Who ever returns can’t stand either
BB will be awesome when they walk out the door

Looks basically like the same group we just saw only different names. And you know the “older” guy is going to get voted off first.

Neeley in her pic looks like Coco Montrese. In a good way.

Yawn. I figure Shane and Monte will team up and try to go F2.

We have a Steve, Zakiyah, Austin, Chicken George, and Caleb look a like…..okay in all fairness, Shane is a more good looking Austin

Can you say goodbye to Michael first ?
So long cornbread

I think both Jason & Josea will be on the show, there’s your twist

Big Meech is a huge disappointment.

US: What would you have done similar and different if you could play again?
Nicole franzel: Maybe avoided some people a little bit more. I have no idea what I did to Michelle [Meyer] for her to treat me the way she does. She did not make eye contact with me after winning, didn’t say congratulations and said rude comments [near] my mom. … Da’Vonne [Rogers] even came up to my mom and apologized for Michelle’s behavior. [Michelle] went up to Day and said something like, “You ruined everything! You ruined the whole plan!”

Meech was on Reddit and someone asked her if there was any truth in Nicole’s US weekly interview about being rude in front Nicole’s Mom about Day voting for Nicole. Well it was a lot worse than Nicole explained in her interview. To Meech’s defense Nicole is still covering up her lies and hasn’t owned up to backstabbing etc…… But her response about Nicole’s claims were shocking

Meech: here’s the scoop. I saw day at the wrap party and was messing around saying you fucked up. Then we talked about the party the next day and who’s going. I thought the lady was a anti Nicole and so then I was like she prob fucking Corey and then I found out it was her mom…… I ran away and felt horrible.

Michelle is pretending she didn’t know it was Nicole’s mom, have you seen what Nicole’s mom looks like, she’s hard to miss shes Nicole’s twin but a heavier version. Nicole’s mom was on stage at finale. You saw Nicole’s Hoh pictures with her mom. Michelle maliciously did that on purpose because shes envious and bitter. I know you don’t feel bad at all because you were posting snake picture on Twitter after the fact. Look how she treated Bridgette when bridge tried mending things while Frank was still the house. She’s a bully hands down. Michelle only feel bad because she got called out in an interview. Nicole could have really blasted her in Us weekly. But she lightly addressed the issue. At least everyone else handled Nicole backstabbing like adults. You don’t owe Nicole a apology but at least give her mom one. Instead she ran away like a big baby aka coward. Thank you Dayvonne for apologizing to Nicole’s mom she didn’t serve that. I’m not a supporter of Nicole but I’m not going trash her for winning or things she’s done in the house that are inappropriate. Im sure her parents are humiliated enough. Get over it Meech.

Anyone know of any way at all we can watch from Canada? Any help would be so appreciated.

Simon, sorry to keep bothering you. When I go to pay it won’t let me as my billing address for my credit card has a Canadian postal code. I see choices for other credit cards but I’m sure it will still ask for an address. How can I get around that?

No problem!.. are you using a prepaid card?

Would that make a difference to get one and just pay for the entire show? No matter what I try the lines for address, postal code, etc. are there. Is there a different way I’d go about it with a prepaid card? I sure appreciate the help! Thanks so much!

You need to get a prepaid AMEX card. Plug in some random US address and you should be Good to go. Make sure you are using a VPN inside the US while doing it.

I will go get a card and give that a try. Thanks again!!!!

Well á meet and greet has been organized for BB 18 Paulie, $60 a ticket. OMG and LOL….who would pay $60 to meet the most hated BB house guest of all times?

Any luck with a Canadian Feed?

The only work around is purchasing an American Express prepaid gift card from Shoppers Drug Mart. Use it with any US address and zip code. You’ll also need a VPN: http://hidemyass.com/vpn/r16399/