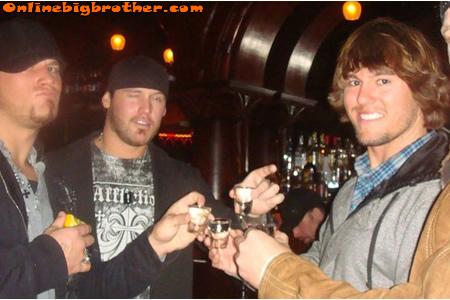 Throughout Big Brother 12 Lane and Hayden would talk about Steamboat resort in Colorado. Hayden was under the impression that if he kept talkign about Steamboat that they would give him freebies during the winter. Hayden and Lane planned to go and party with Enzo and Britney at the resort after the show ended. Heres a few pics from their trip theres no meow meow or Britney. Lanes younger brother Gunter who could also double as the Undertaker was along for the ride.

No Enzo how come