Big Brother 12 is just around the corner…

#3 Big Brother 11 Natalie Serves Raw Chicken Natalie was the blockbuster manager that was BB11 runner up, she walked like a man, chomped candy on her mic 24/7 and generally made watching the feeds a living hell. She almost never did any cooking or cleaning, the one rare time she did was to make this chicken dish that she basically served raw… Kevin her buddy in the house refused to eat it. I don’t think anyone did unless they would of died. 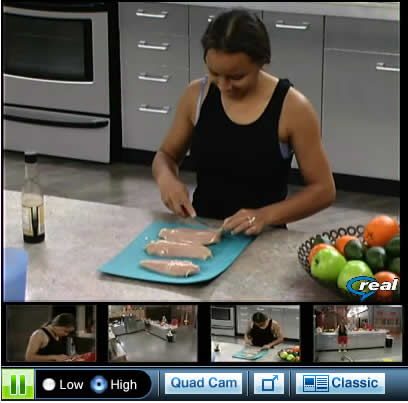 #2 Big Brother 11 Chima FREAKS out and gets booted off the show Chima really added some insanity to BB11 with her fighting with Russell and calling him a terrorist then defying the show producers.. After finding out that her alliance is in trouble because the wizard powers evicted Jessie Chima goes nutzoids. She disobeys the producers, damages recording equipment and essentially does whatever she can to get booted out. Her reasoning was that the Big Brother game was rigged and she didn’t care about the show because she Didn’t even need the money. With her getting removed from the house it left her alliance at a devastating disadvantage.

#1 Big Brother 11 Jordon the 5 faces of the hungry drunk The reality of a Jeffless Big Brother House is slowly setting in. Jordon polishes off a bottle of white wine and declares to Jeff in the Pool Room (splish splash room/the room Jessie and pig pen lived in) that she wants him to stay and her to go because she has no way of winning.. He tells her no way etc etc… she then goes on to tell him she wants to be a independent women and not have to rely on a mans money. Jeff tells her she’s going to win but she’s convinced its over. Jordon eventually gets hungry and starts eating her second favorite food, a bag of chips. She’s in deep thought and by the final image it appears she’s figured out a solution to her and Jeff’s problem, unfortunately she forgets it the next morning. Lucky for her she kicks ass in the finale competition and is Winner of Big Brother 11. 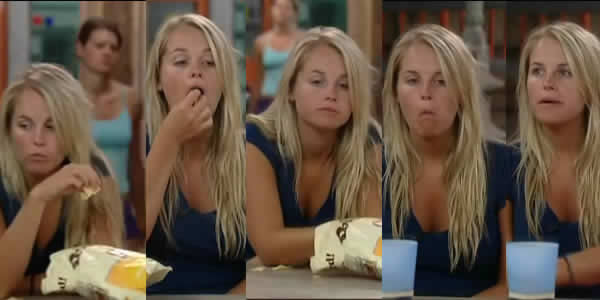