Keep your late nights wide open this summer, Big Brother fans: After Dark will be back! Showtime has confirmed that it will continue airing live, nightly feeds from the Big Brother house beginning July 8 at 12 a.m EST. This marks the fifth summer that CBS’ sister cable network has run the uncensored and uncut feeds, which have been a ratings success: After Dark has almost quadrupled the average numbers of viewers that Sho 2 typically attracts to the time period, when it usually airs movies (some of which are of the “adult” persuasion). 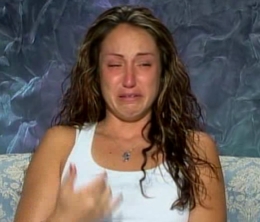 CBS has already announced that the 12th edition of Big Brother will begin July 8 and air three nights a week on Wednesdays (8-9 p.m. ET/PT), Thursdays (eviction show from 8-9 p.m.) and Sundays (8-9 p.m). The network used to air BB on Tuesdays but the network wanted to keep its winning line-up of dramason that night intact for the summer.

“The Chenbot is back with a new crop of houseguests for more blowups, hookups, and-hopefully- Chima-size dramatics.”

I’m excited. I hope everyone else is too. Soon these empty posts will be filled with fans from all over the world arguing and debating. I can’t wait. I hope everyone or at least most of the people who agree with me come back. haha Happy Big Brother Summer everyone.

Please let there be no more wizard powers

very excited… the comments are always a blast on this site. I hope all the regulars come back!