Today has been a big day for BB13Spoilers news, we had the Revealing of the cast early this morning, followed by some interviews (there are over 100 minutes of interviews available on the feeds get them before July 7th and save only $29.99 for the entire season

), and finally later in the day we had some more details about the BB13 Twist. They’re will be 6 allstar houseguests added to the game paired up as “Dynamic Duos”, CBS has released the names of these potential 6 allstars they are, Jessie/Natalie (BB11), Jeff/Jordan (BB12), Will/Booger (BB7), Hayden/Enzo (BB12) and Dick/Daniele (BB8) and Brendon/Rachel (BB12). Supposedly they will be pick 3 of these pairs, but rampant rumors on the interents is saying that it’ll be Eric/Dick, Jeff/Jordan and Lane/Britney (unconfirmed rumors).

There has been tweets between memphis and Dan (BB10 renegades) that they are meeting up at the airport (Memphis “The Team is Back Together”, Dan”Heading to get MemphosGarret from the airport…it has been a while but we still got it”) plus a yahoo article has them listed as a dynamic duo (Yahoo). What the fck is really going on I dunno and I doubt we won’t until July 7th when BB13 premieres but my prediction is Dick/Dani, Brendon/Rachel and Jeff Jordan will be in the house and this will be the craziest season ever. I’ll keep posting every rumor I hear you never know one of them might be right. In case you missed it here is the links to the Big Brother House series one and series two and the 2 videos showing Julie Chen’s dog and pony show of the BB house to News reporters

Check out the BB13 Polls , Vote which pair you want to see back in the house and which New houseguest gave you a bad impression.

Porsche Briggs Before the Show Pics

Big Brother 13 Cast member Porsche Briggs another “Cocktail waitress” cast, but this time around she doesn’t have a pair of “Gummy Bears” and a Chemistry undergraduate Degree.
Check out the Porsche Briggs Bio 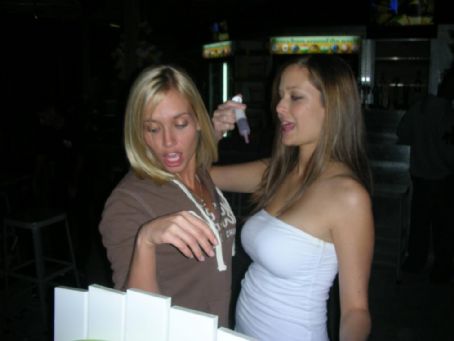 the rumors are definitely running rampant…i like the rumors about lane/brit and dan/memphis…they are 2 pairs i would prefer over that whole list of possibles cbs released.

and interesting photos of porsche. she looks fun but not look as icky as rachel…

Omg! I hope, hope, hope one of the duos are Lane and Britney. Though i love Jeff and Jordan, Lane and Bri are my favorites… Oh!, and by the way hello all and welcome back for another summer of big brother!!! P.S. Simon and Dawg thanks sooo much for this fun site. i wouldn’t watch bb without it!

Your Very welcome.. this is going to be a kicking year!

Hey Simon and Dawg-Glad to have you back. Like the new look to the site! I will actually be glad to have Rachel back as I really didn’t like her until she was evicted, then I realized how fun and dramatic she was!! It was really boring last year without her! Hope to see Jordeff and Dick and Danielle too. Please NO RENEGADES!! They are super boring! Annd definitley NO BRIGADE members, please!! Well, 5 more days so talk to you then!!

Thanks! glad you like the changes, you have you’re wish I think the renegades are a no go

The drinking game for the have/have not game. On TV it showed that Dani beat out Jordan. But a few weeks later Jordan stated on the couch while talking to Julie that Adam beat Jordan. What is up with that???????