You ONLY have until tomorrow July 7th to take advantage of the: Big Brother 12 Early Bird Special Discount! 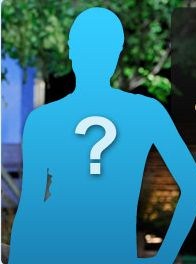 (WIREUPDATE) — In an interview with KCTV’s Carolyn Long, Big Brother host Julie Chen revealed a few new details about the show’s “Summer of Sabotage” twist. This year, of course, one of the houseguests is not playing the game to win the $500,000 grand prize. Instead, he/she will take on the role as “The Saboteur” whose sole purpose in the game is to wreak havoc inside the house.

Julie said the producers chose the Saboteur based on the 13 houseguests that were selected.(previously 14, but one left sequester). They picked the person who they thought would have the best chance of keeping their identity a secret and pull off the twist.

Julie also revealed that the twist will only last for 5 weeks. If the Saboteur makes it all the way to the halfway point in the game then he/she will win $50,000.

As of right now, the producers have yet to decide if The Saboteur will be eligible to continue playing the game for the $500,000. Their current stance is they are not eligible, but are leaving the door open to change their minds in the future.

Which Big Brother 12 houseguests is The Saboteur and do you think they will make it to Week 5?