Just as commercials and Allison Grodner had mentioned the Big Brother 12 house has a summer camp /beach theme.  Here are some Big Brother Spoilers about this seasons BB house

Big Bedroom:
The big bedroom has a summer camp cabin theme, with bunk beds along the wall and a large sleeping bag on the floor which could fit more than one person. Hanging on the wall is a giant moose head. The whole room is dressed up to look like you are in a cabin, with lanterns and other cabin accents. 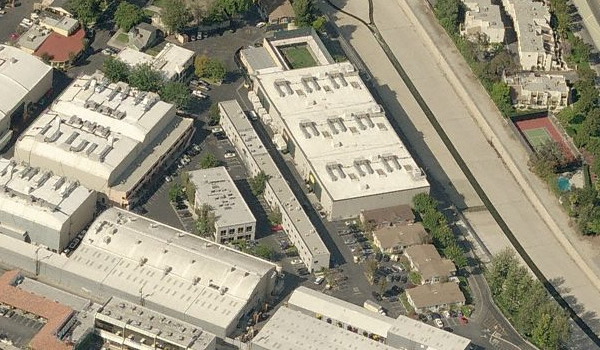 Small Bedroom:
The small bedroom has a beach theme; there are large and small sandcastles and beach balls with an ocean mural on the wall with reeds running along it. This room does not look very comfortable to sleep in with two of the beds being beach lounge chairs and the other two are just beach towels. There are no mattresses in this room. This season there will be only two bedrooms (plus the HOH room) as one of the walls has been removed.

HoH room:
The hallway leading to the HOH room is also beach themed, but instead of the usual couch/chess set on the upstairs landing, there’s now a mini gazebo. The HoH room is quite strange. It has a creepy carnival theme to it which doesn’t fit with the rest of the house at all. There’s a fortune telling arcade machine in one corner. In another corner, there’s a tank with a giant live tarantula inside. Along the walls are carnival fun-house mirrors which make you appear to be taller/shorter/fatter/skinnier as you walk past them.

Living Room:
In the living room, there’s a big screen behind the couches and nomination chairs that plays a continuous loop of crashing waves. (I suspect that this season when the live feeds are cut the screen will show this same crashing waves video loop.) There are also fake palm trees stand on each side of the screen. Continuing with this beach theme the carpet is a sandy coloured shag. There is also a large ocean sunset mural that is wall opposite the nomination chairs. The room has a tropical paradise feel to it.

Kitchen:
Heading into the kitchen there is a large fish tank between the living room and the kitchen with really exotic fish. It is also the first thing you see when you walk into the house. Continuing on to the kitchen, it follows the same summer camp cabin theme as the large bedroom. There is a large round picnic table in the corner. The floors are hardwood and the walls are a glossy wood paneling. The memory wall for the houseguests is made of the same glossy wood paneling; it is designed to look like big plastic ladybugs are crawling all over it.

Diary room:
The diary room is the one room that has not changed much and appears to be the same as last year with one exception; the background is lit up red instead of blue.

Workout/Spa room:
The workout room/spa room is oddest room out of all. It has a theme of a funeral parlor with plain white walls and minimal decor. The only things in the room are a large white casket with an open lid in the middle of the room and a small table in the corner and a candy dish. Behind the casket there is a large frame which reads “rest in peace” and a space for someone’s picture in the middle. Surrounding the casket are funeral bouquets.

Bathroom:
The bathroom has an “under the sea” theme, the walls are shiny and metallic, decorated with different shades of blue and the floor looks like fake sand. The sinks are seashells that look as though they are floating in mid air. There are also large blue lava lamps hanging on the wall on each side of the mirror.

The Backyard:
The backyard has a volleyball net but there are no volleyballs, just beach balls. There is no longer a pool table instead there is a foosball table in its place. The pool and the hot tub are just the same as previous seasons, as well as the couch area.

That is not the BB12 USA House, that is the BB11 UK House as seen on BB UK (I am talking about the image.)