The Big Brother 12 UNCENSORED, UNEDITED 24/7 Live feeds will be turned on tonight after the premiere episode!!

Try the Live Feeds for Free and watch the first 3 days of Big Brother 12 with the: 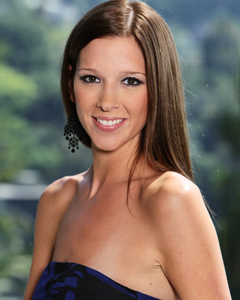 Meet Annie Whittington, one of the newest “Big Brother 12” contestants. She tells Zap2it that her plan is to fit in as best she can by playing a different character each week.

“I wanted to be on ‘Big Brother,’ it’s just been a life-long dream of mine,” Annie tells us. “It’s just a game that I find really, really interesting … the social experiment of it … I think it just looks like a ton of fun.”

Her favorite character of all time is Jeff from “Big Brother 11” for the way he “really protected Jordan.” Annie found that “romantic to have him take care of her along the way.”

Meatheads are her least favorite players, guys like Russell and Jess. “I think it’s really unintelligent when you’re screaming at somebody and it’s one sentence over and over and over again, belittling them,” says Annie.

She also assures us that she “may look like a girlie-girl,” but she doesn’t think like one and worries she’ll clash with girls “who are really obsessed with their outer appearance.”

And finally, what is her strategy going into the house? “Personally, when I make a plan and it doesn’t follow through the way that I want it to, I get frustrated … so instead of going in with a plan, I’m going to go in and lay low … I really want to feel the people out and play a character each week and fit in as best I can.”

She reminds me of bb9 Allison in a way… She’ll probably team up with Kathy and both will claim they are lovers.

As a manager I interviewed a lot of people. A ootential candidate’s body language would tell me more about a person then either their resume or their answers to my questions.Granted, nrevousness is a given, but if I had a candidate sitting in front of me behaving like Annie, I would get the impression that they are trying to hide something from me. This is so evident my hoiw tightly she holds her legs to her body and how her knees are pretty much up to her chin. She is very uncomfortable talking about herself, almost to the point that she just wants to curl up into a ball and hide. Her constanl figgiting and clutching of her legs are distracting. She in essence is saying to me she is not telling me everything. – except that in order to wear that dress she had to get 2 haircuts. NEXT!!!!!!

After watching the clip where Julie tells the house guest that one of them is “A Saboteur”, then listening to the taped message from the “Saboteur – I am positive that it is “Annie.” Clue #1: The Voice – it is the same aggravating tone she had in her interview. Clue #2: The shape of the shadow’s head is the same as hers (nuff said). And finally, Clue #3 – “I want to be a different character every week.” I hope see is given the boot the first week (if it isn’t rigged) and watch how Alison scrambles to “Reset” the game – which is more entertaining!!!! Didn’t they do this in Season 9? with America’s player. I prefer to watch when the lunatics take over the asylum.

Ya I think you’re on to something about Annie. The feeds go active at 8pst (i think) hopefully we all get a better idea then.