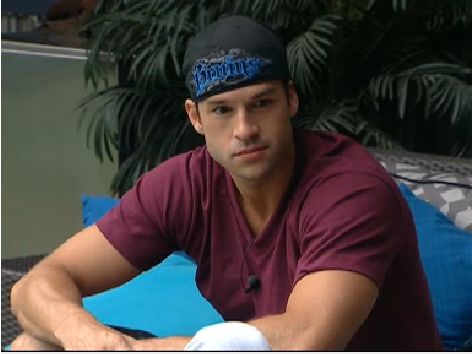 7am Andrew is up to do his usual morning religious routine. He then goes to the kitchen to eat breakfast and heads back to bed. 8am Brendon is up takes a shower and gets dressed. Brendon goes out into the backyard and starts cleaning it up. He grabs the slip’n slide and takes it over to the outdoor shower and washes it. Brendon then goes into the kitchen to clean it up, and then goes back outside to grab the towels from the dryer and sits on the couches folding them.

9am The houseguests are up for the day. Ragan, Matt and Rachel are in the have nots room talking about what they think will happen today. They discuss whether it will be a boring day or an eventful day. The speculate on if they will get another saboteur message. Ragan says that he thinks the message will be something to do with the votes. They joke that the twist will be that all the have nots are actually Kathy’s orphan children. They all laugh. 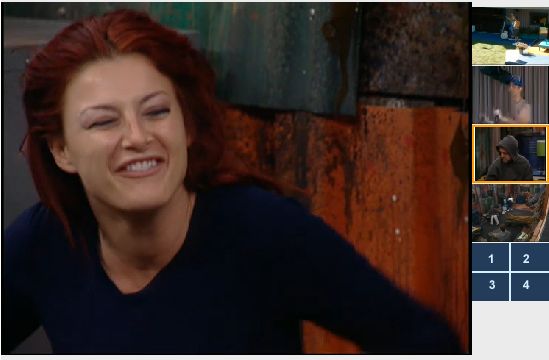 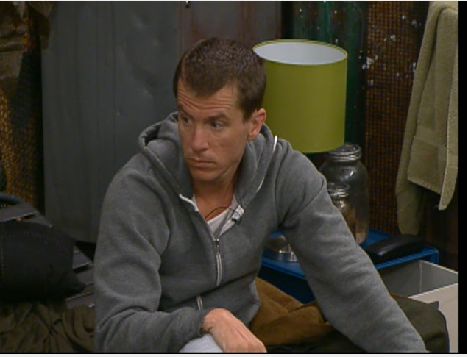 In the backyard Andrew and Brendon are talking about Annie. They talk about who the saboteur could be and they both agree it is Annie. They says that they are both happy that Annie is going home. They say that she has been acting very suspicious since she was nominated.

9:15am Ragan then goes to the storage room to get a new battery and has a short conversation with Rachel. Rachel and Ragan talk about what happened last night with Annie. Rachel tells Ragan that she’s been hearing that Annie has been telling people that she waved bye, bye as she walked away. Rachel says that never happened and it doesn’t make any sense. Ragan agrees. They both say that they (Rachel & Annie) are in the same position so why start stuff with her?! Ragan tells Rachel that she is safe and that Annie is going to be evicted on Thursday. Ragan says that Annie knows her chances are bad which is why she is so panicked and worried. Ragan tells her she is safe.  Rachel goes to the bathroom to get ready for the day and Annie tries to start stuff with her again. They both just ignore each other after the confrontation.  Rachel then goes to the kitchen and tells Brendon that Annie is trying to start stuff with her again.  Brendon says what, really?!

9:30am Annie goes into the bedroom and asks Lane whats up?! Lane says that he’s tired and Annie says that she is too. Annie says that Rachel’s laugh makes her want to take a fork and stab herself in the eye. 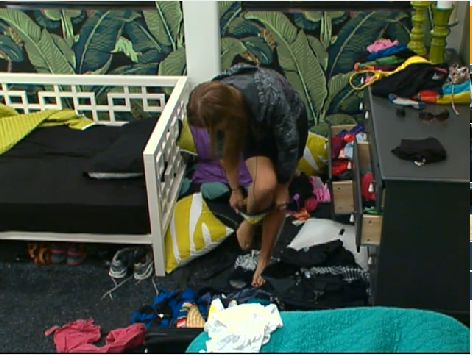 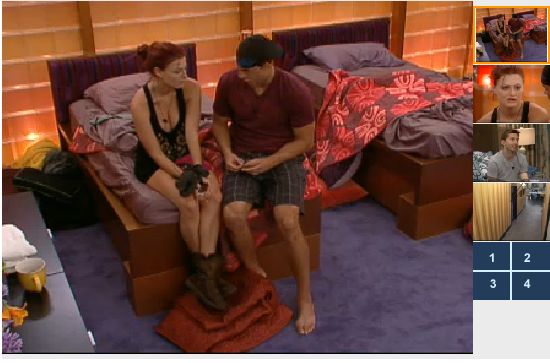 9:50am Out in the backyard, Enzo, Matt, Kathy and Ragan are lounging around and talking. Enzo says that he got called into the diary room at 4am in the morning. Matt asks him really?! …how long were you in there? Enzo says like 5 – 10 minutes. The start talking about production and the feeds cut out. When they come back Big Brother says Houseguests its time to get up for the day! Enzo asks who’s still sleeping. Ragan says that its probably Hayden. Enzo says..he stays up till 3am in the morning every night and eats pizza that just sits in your stomach. Ragan asks at what point in my life did I become the person that goes to bed earlier than everyone else… 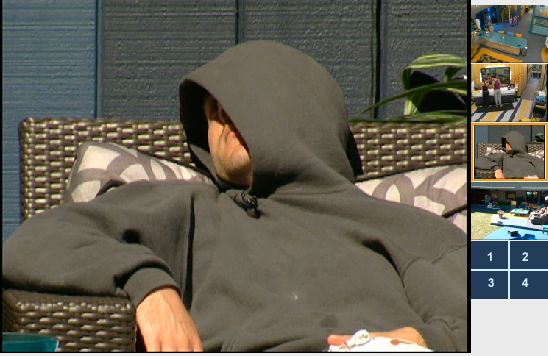 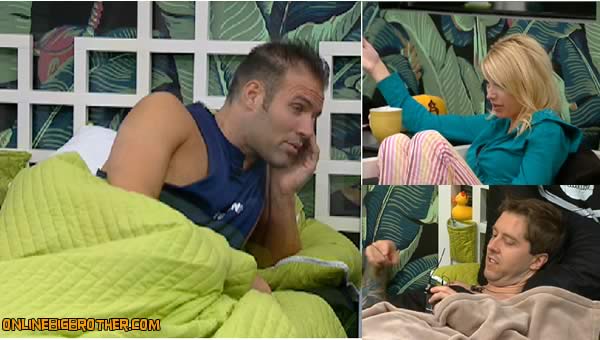 10:10am Ragan, Brendon, Rachel and Andrew are in the kitchen talking about the saboteur.  The also think there will be another message today. The others leave the room and its just Andrew and Rachel. Andrew starts asking her questions about her life outside the BB house. He asks her if she has a sister and she says that she has a younger sister that is more beautiful than she is… Andrew tells her that he says doesn’t believe that.

10:15am – 10:30am Matt and Lane are getting ready to workout in the backyard again today. They start talking about how they think that Rachel and Brendon are faking their showmance, and that they are the two life long friends in the house. Brendon, and Ragan join them to workout. Ragan asks for advice on how to do calf exercises. In the kitchen, Kathy, Andrew and Annie are making breakfast and drinking coffee. 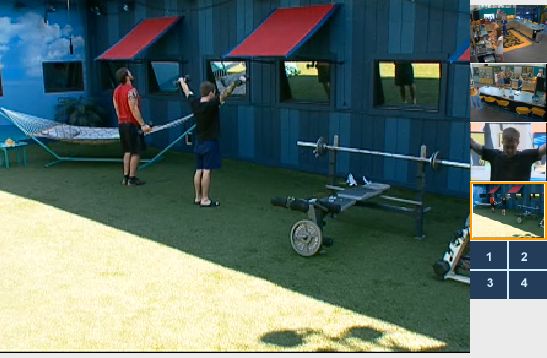 I would like to stick a fork in Annie’s eye…..Although that laugh of Rachel’s is annoying … the site of Annie is more annoying……..

Why is everyone so desperate to keep Rachel?

in the houseguests minds, Annie + Brandon > Rachel + Brendon therefore they are getting rid of what they believe is the greatest risk . Frankly I find both of them annoying as hell but rachel gives us those much requested chest shots so Annie’s gotta go. Rachel hopefully not far behind.

Actually, i’d like to see Annie get further in the game.