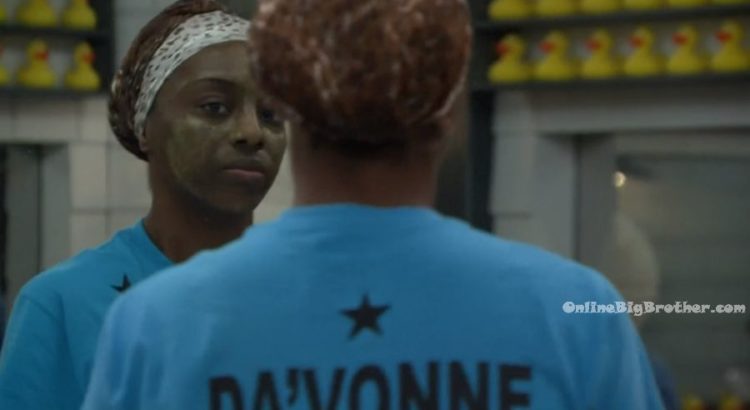 12:25pm HOH room. Nicole and Dani.
Nicole – in this game it is almost impossible to please everyone too. So even if you’re trying to ..you know?! Dani – yeah you’re going to screw somebody. Nicole – what does Cody want this week. Dani – he wants best case scenario for everyone for me to do whatever I can to convince DaVonne not to use it and then vote Kevin out. If it comes down to it and she uses it on Kevin .. and I put up Ian .. you’re going to vote him out? Because if you give him a pitty vote .. you know that I have to break a tie. Right!? Nicole – really? Dani – so like we would all have to be in it together. Because I know that you would want to and I was just thinking about it. Nicole – yeah I would want to because I don’t like Tyler but I don’t want you to have to break a tie. 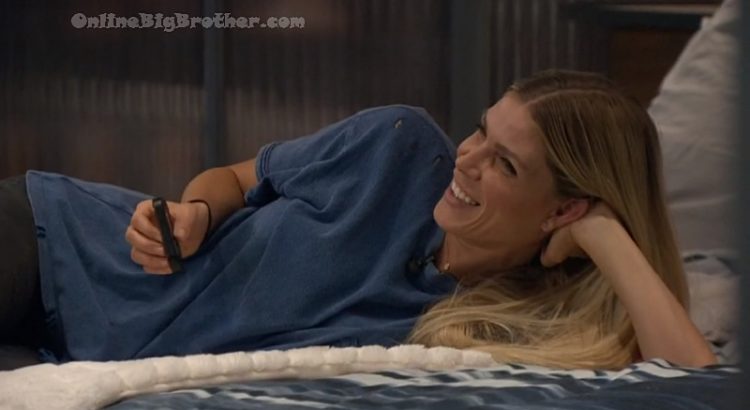 2:00 am Feeds return after an hour of pound puppies. Dani and Cody in the HOH everyone else sleeping
They’re talking about if Ian goes up how does it affect them game wise.
Cody – Enzo doesn’t give zero fucks about anything.. it’s not affecting us with him .
Cody doesn’t think anybody will mind
Cody now goes on about how Ian has ‘Opened up” so much now that they’ve made jury hes “Chipper” and Cody is “Liking him a lot more”
Cody – personally it would suck but thinking of it at a game level. IF Da’Vonne uses it and Ian goes up we’ll deal with the pushback we wanted him out we didn’t want him going deep in the game anyways
Dani – I know
Cody – you and I have had this conversation for weeks now personally it might be really tough
Dani – it just sucks because it’s all on me .. I”m going to be the bad guy not you and Nicole
Cody – no
Dani – how