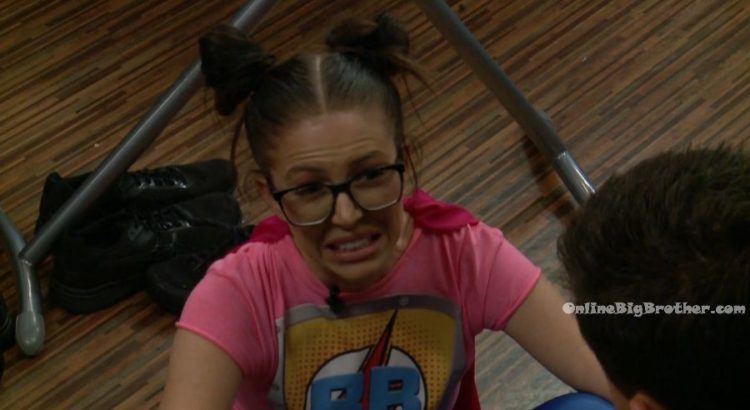 Bedroom. Holly and Tommy.
Tommy – I can’t wait to be done. Holly – and just be out of here ..and friends. Tommy – yeah. Part of me wants to just tell Cliff and Nicole too. Just because I don’t like keeping secrets. Its not who I am. Holly – oh like tell them about Christie? Tommy – yeah. I don’t know.. I’m debating. Holly – I don’t know what it would do. Tommy – Yeah, I don’t know. Holly – I wonder if Christie told people. Tommy – I don’t think she would have. We said we wouldn’t. Holly – if I go to jury I won’t tell anyone. Tommy – I’ve never had a panic attack in my life but I think I came close to having one last night in the DR. Big Brother blocks the feeds. Tommy – its okay, whatever is meant to be will be. 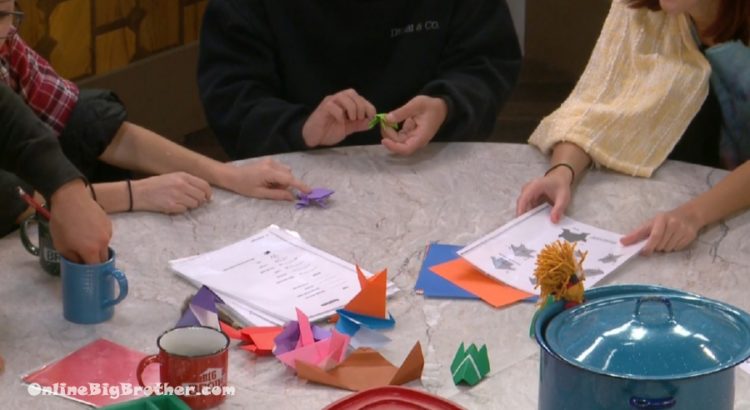