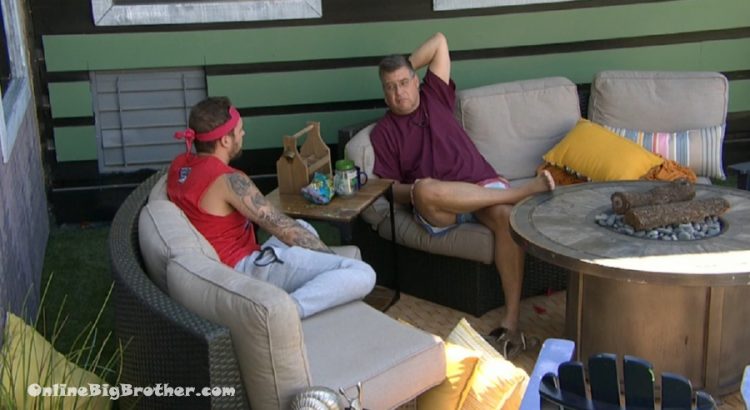 Cliff – how tight is Kat, Michie, and Holly
Nick – they’re really tight. There’s multiple reasons I want to keep you and I’m leaning heavily to keep you
Nick – I trust you in this game, I don’t want it to be 6-3 girls I have a feeling someone really wants guys out and the third reason is Michie, Holly, and KAt are together and that scared me
Cliff – I agree
Nick – I’ve been talking to people and I think you have a good chance
Nick – the new deal is a six between you me, Tommy, Nicole, Sis and Christie (barf)

Cliff – I’ve never had a tight thing with Michie and Holly as I see Kat gravitating to them. 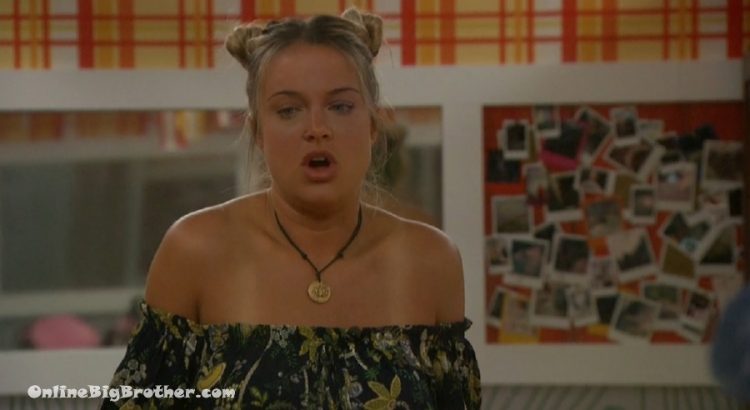 11:33 am Christie and Kat
Christie says now they know everyone they know who they love and who they want to work with and trust.
Christie – it’s hard because you love both people on the block
Christie – it’s going to be a weird couple days I’m sure we’ll (I) will talk a million times.
Christie – I was meant to play in OTEV I’m a big brother super MAGE fan. Thanks, America Thank you
Christie now claiming that Tommy would have used the veto on any 3rd nominee because it’s not fair
Nick is now with them.