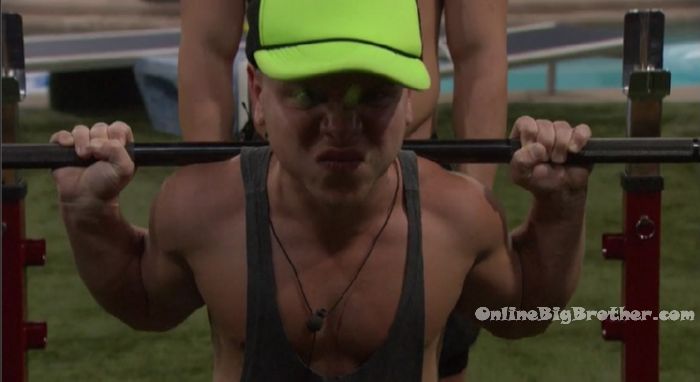 9:19pm Backyard. JC and Brett. JC – Haleigh is asking me about this week. Brett – she hasn’t said anything to me. JC – I think she is waiting till tomorrow. Brett – Kaycee’s going to keep noms the same right? JC – she’s not that stupid. She doesn’t want to do anything to piss off Angela or stuff like that. But she is about to explode. She is the new Rockstar. Brett – I keep thinking about hypotheticals and like f**k dude, I hope they don’t do something crazy. JC – we’re fine. We make it through nominations and then we do damage control. Worst case scenario is Angela wants to make a move to take you out. We could work out the votes. 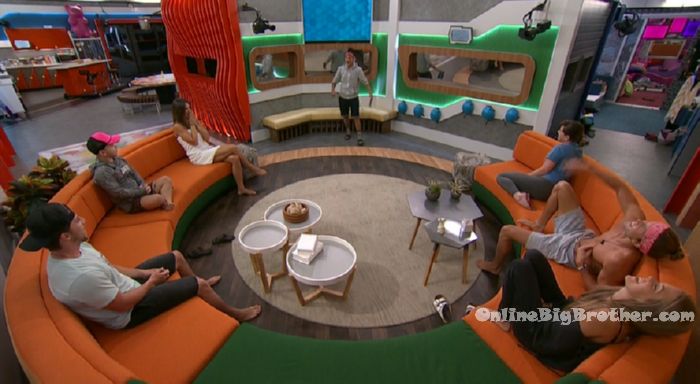 2:10pm Kaycee gathers everyone in the living room. Kaycee reads the card. “This weeks havenots are….. NOBODY!!!” Congratulations the havenots are over for the summer!! LETS GO!!!!! All the house guests cheer! Sam – I think I might keep the big saucer as my bed. Is anyone opposed to that?! Haleigh – you don’t want your bed? Sam – no. It gets darker in there. Kaycee – we made it guys!! Sam to JC – why aren’t you happy? Oh you just woke up? JC nods. They joke about how funny it would have been if JC was named havenot again this week. Kaycee – you know what I was thinking about that they do some seasons… home videos.