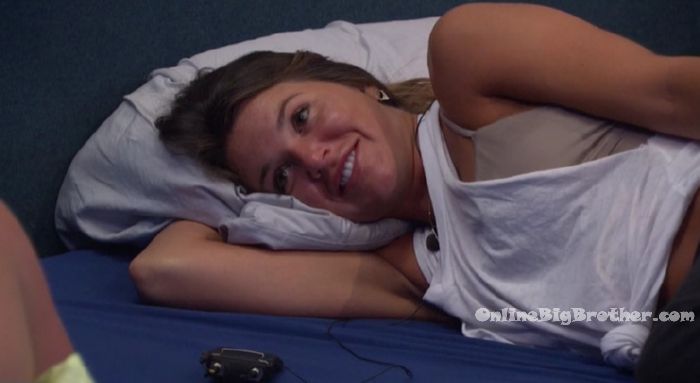 8:53pm Bedroom. Brett and Angela. Brett – Sam just gets on her tangents. Angela – oh my god, she drives me nuts. Brett – I feel like I haven’t hung out with you guys in ages. Angela – I know. Has Scottie pitched to you? Brett – he thinks he is the pawn so he thinks 100% he has you and Kaycee because he thinks you and Kaycee will do whatever Tyler wants. So he thinks he’s confident there’s two votes and all he needs is mine. He is also pretty confident will have Sam. Angela – yeah. So he didn’t really pitch it that hard because he thinks he is good either way. Angela – I think so too. Brett – I think he thought that he didn’t even really need mine. 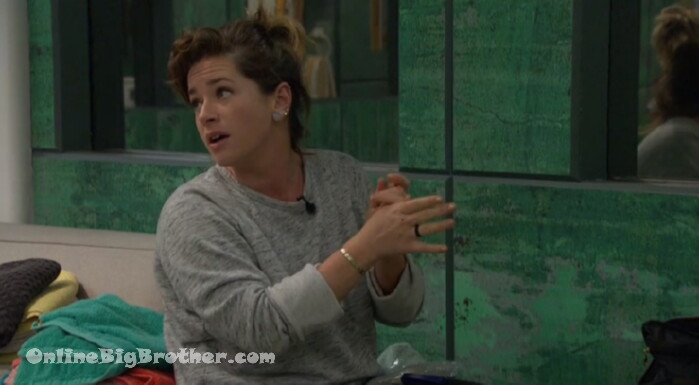