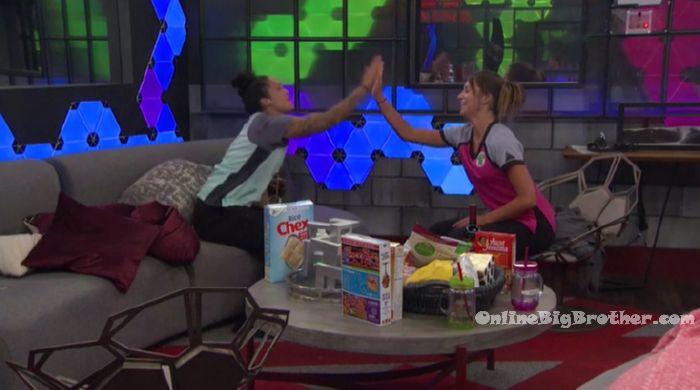 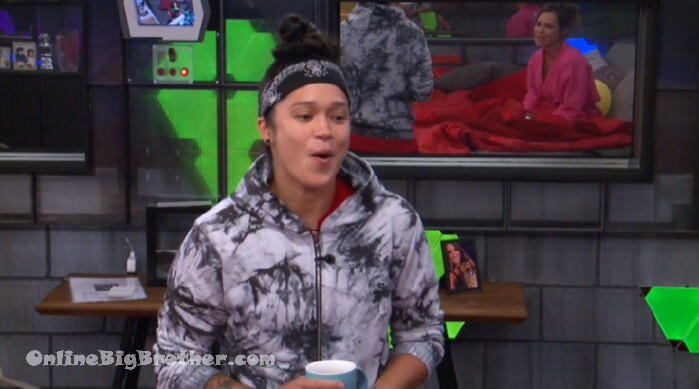 Big Brother Spoilers Fes is the target. Haleigh picked Sam for Veto under instructions from FEs.
11:11am Angela, Kaycee, BRett and Tyler
A – I just told HAleigh she made a really bad move she was like F* you are right
A – she just realized it
Angela adds that Sam has a better relationship with Fes Haleigh didn’t think of that.
A – just told her if you are sitting next too fes on eviction night you’re staying
Angela adds that Halegih thought she was the target after Angela’s Nominations speech
Kaycee goes on about how Fes isn’t going to look good on TV telling Haleigh to pick Sam .