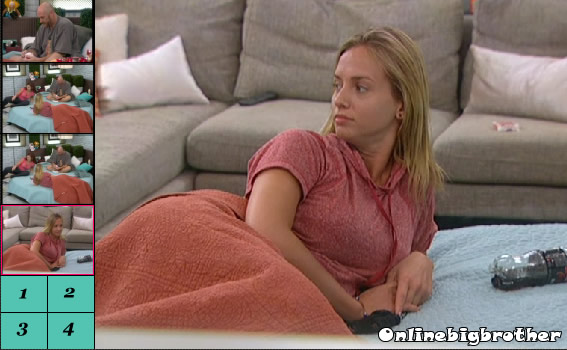 9:04pm Feeds are back. Jordan is in the candy room packing. Adam, Porsche and Rachel are playing cards in the HOH.
Adam is talking about his HOH blog saying that he hopes that all the fans have enjoyed the season and he can’t wait to watch Big Brother next year. He also hopes that what he’s accomplished to be big brother inspires others, “Shout out to the Big BRother Fan sites.. Big BRother fans are the best”
Adam: “Hey Hoboken we have the cake boss now we’re going to have the Bacon boss”

Adam was worried that Dani would hide his cigarettes before she was evicted so he hid them. POrsche: “What!” rachel: “Why did Dani hide stuff?” Adam says he was told it was because her and Kalia and Dani wanted to throw people off before the HOH. 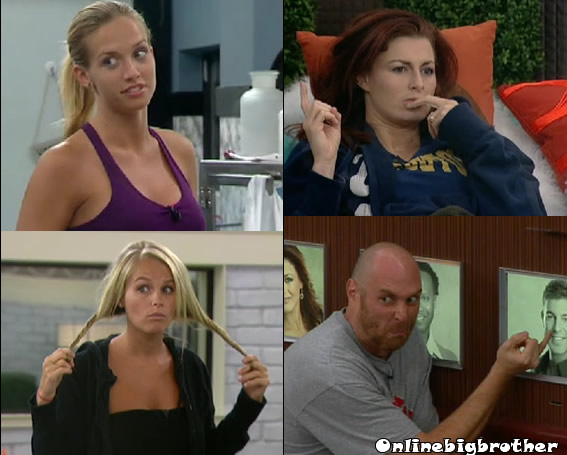