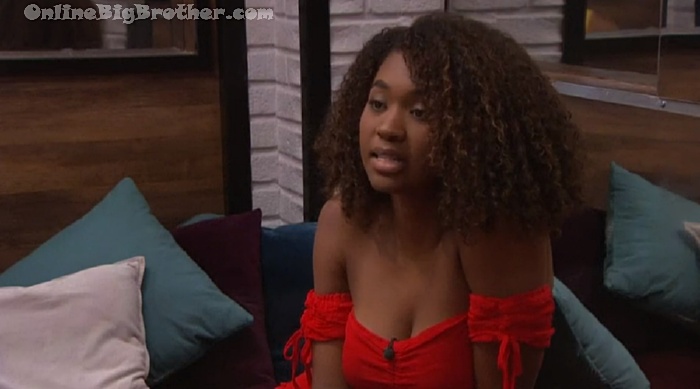 They bring up Tyler wanting to quit.
Da’Vonne says she didn’t Believe Tyler at first, “there was one line he used”
Bay – if it was a trick he’s going to look terrible to America
Da’Vonne – he said to us I know the cause and the reason why you two are here
Bay – I talked to David about it and I’m for it I want to be an ally for you guys I don’t want to be a person that sits there and stands by and watches this happen
Da’Vonne – how do you say that.. that can’t be game. If that’s game ohh he’s a piece of sh1t
Kevin – his motivation is he looked like an a$$hole on his season
Bay – he’s going to look like a bigger a$$hole
Kevin – he would never offer his life up to sacrifice.