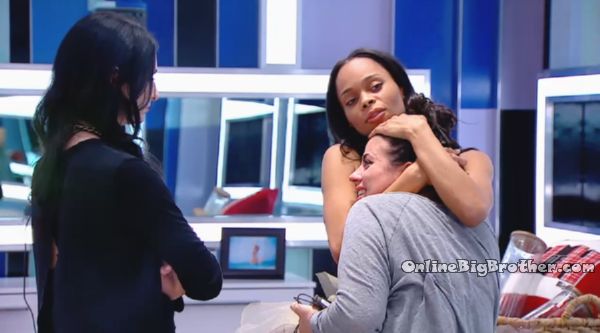 They both do not want to vote out Heather. They want Paul gone. Jon says NEda is really pushing for Heather to go. Kenny says they have to tell NEDA that it’ll upset the house too much. He’ll tell IKA because he does not want to vote Heather out especially since they all promised HEather she was going to stay. Kenny says IKA had this planned to make them look like Idiot.

12:30AM HOH Sabrina, IKA, NEDA, Rachelle SAbrina crying away she’s upset because of the new girls stealing away Andrew. Sabrina brings up that Andrew told her he liked her but because she was calling him her brother he lost interest. The girls say the New girl is easy.