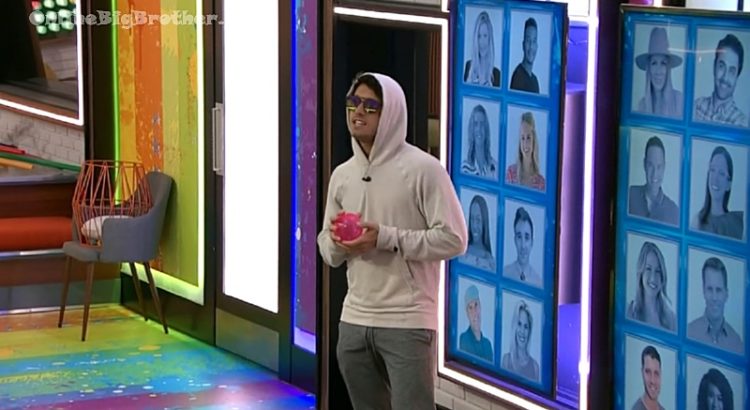 1:57 pm Cody and Nicole
Cody says he’s getting stressed.
Nicole – Because of your speech?
Cody – you can’t turn it off in here I just can’t. I’m like nervous because like IF I’m in the final 2 and then like.. being attacked like I was the first time was like.. .
Nicole – you’re not gunna get that again
Cody – it’s a very uneasy feeling
Nicole – I know. the passive-aggressive questions ARE too much
Cody – it gives me this weird anxious feeling
Nicole – I’m being as a friend to you there is nothing they can say to you this season that’s passive-aggressive and rude
Cody – you just don’t know. YOu wouldn’t have thought that about Derrick but people took jabs at him as well.
Nicole – that’s true they did