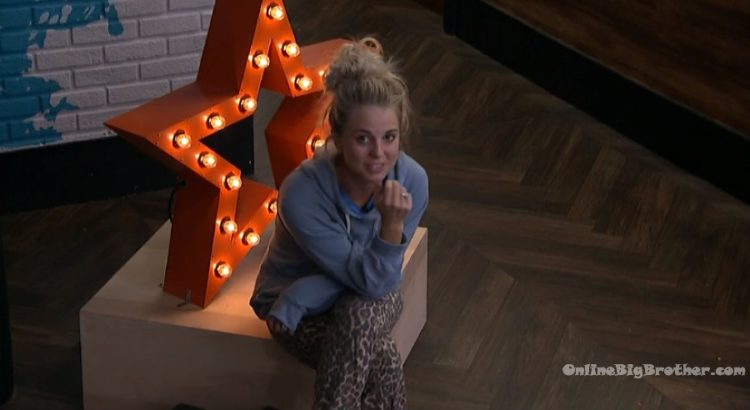 4:15pm Bedroom. Nicole talking to herself about the jury questions / her final speech. Its going to be like .. I feel like you hid behind people all season long? What moves did you do? It will be some bull crap like that. I have to be prepared to answer that. We feel like you just hid behind Cody all season. Ok!? And I don’t think that is a bad situation ..If Cody or I were on the block I think he would have been a lot more appetizing to take out. And I had to play completely separate games. We knew that people might think that we were working together because we played on the same season. So I was not seen with Cody hardly at all. When the person yelled over the wall that Cody and I were playing everyone ..