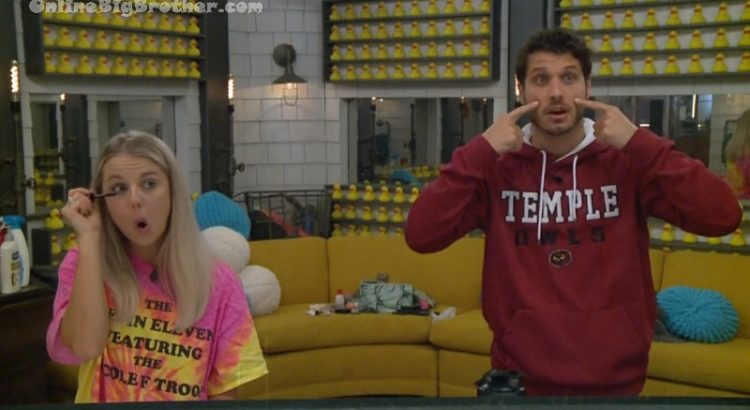 3:10 pm Cody and Nicole
Nicole says Christmas is annoying her
Cody – she was like Kevin has said he will vote for her. like she has her relationships
Nicole wonders how Christmas knows this but not her she feels that is something Kevin would have told her.
Cody – she’s like I think Ian will definitely vote for her because I think he’ll have time to settle down
Cody – I’m like it’s very possible
Nicole – she’s going hard. His messy gameplay has already taken her too far
Cody – no her lucky gameplay has taken her too far she’s been on the block with people that needed to go over her